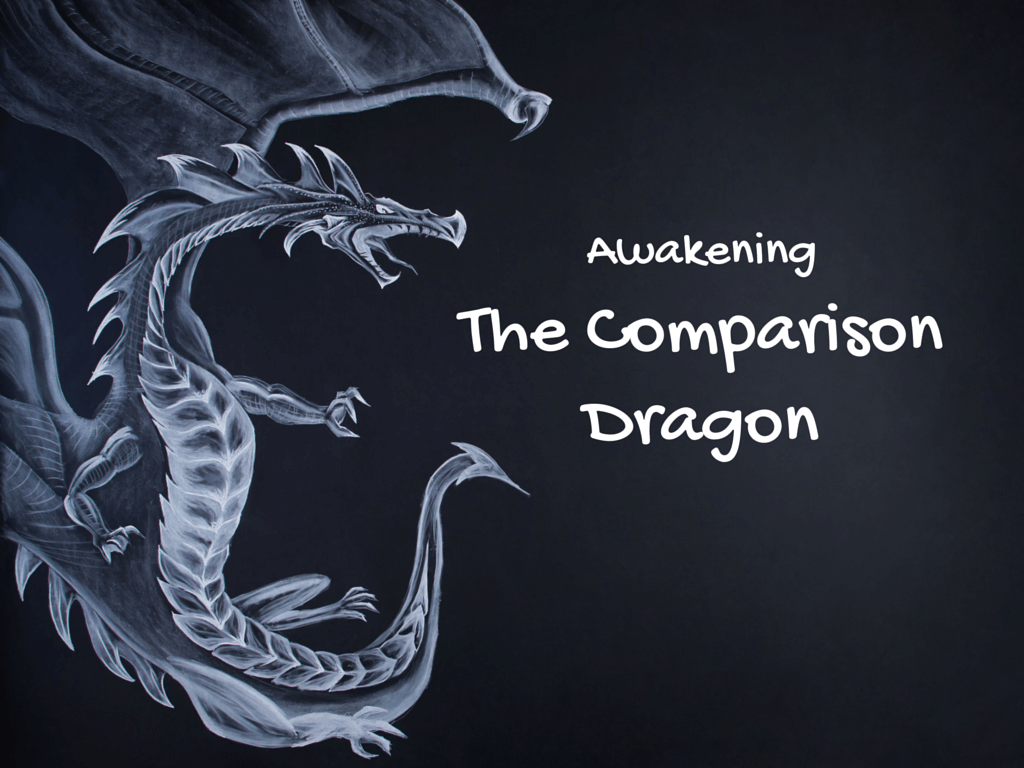 I was conducting research with social media savvy moms to better understand their digital habits, and unexpectedly hit on the downside of social media. I had awakened a beast…the comparison dragon.

A host of moms told me about the extent to which they depended on social media tools, such as Facebook and Instagram, to assist them in their motherly duties.

They raved about how they couldn’t live without such informative tools and how accessing them often served as their only relaxing respite from their harried days.

Social media has become a trusted partner in helping them do the incredible jobs they do.

Then the downside of social media really came out. The phenomenon of what I call “digital mom guilt” slowly revealed itself.

On the other side of their expressed love for such tools came guilt: Guilt because, in some cases, they were spending as many as 10 hours a day on their mobile smartphones, tablets, or laptops.

And guilt from the fact they felt increasingly unworthy relative to the virtual world to which they were increasingly overexposed.

Self-congratulatory post after post, perfect picture after perfect picture of people living a life they couldn’t—it was all starting to take a toll. Their self-esteem was suffering and they had a growing fear they were failing to live a good enough life.

As it does with all of us, the comparison dragon interrupted everything from digital daydreaming to our daily lives.

The ironic thing is this Dragon draws its very power from those it preys upon.

The more we compare ourselves to others, the bigger the Dragon gets, striking fear into our hearts with increasing ferocity.

We soon feel hopelessly inadequate and are thus moved to inertia. We find ourselves subject to someone else’s expectations.

We lose sight of our definition of success. We find it more and more difficult to exonerate ourselves from what we think others might be thinking.

It is bad enough we are constantly comparing to others, but we’re not even making fair comparisons, at that.

The Downside of Social Media

Kelly Azevedo, founder of She’s Got Systems, a productivity jump-starter for entrepreneurs, says:

We tend to compare our own blooper reel to everyone else’s highlights reel.

This, of course, is a major downside of social media.

A recent study in the Personality and Social Psychology Bulletin showed people are much less likely to share the bad stuff versus the good stuff.

And the study showed we overestimate how well others’ lives are going while we miss cues of negative things going on. So we’re getting a distorted and incomplete picture.

This Dragon shows itself more than ever due to our unprecedented access and exposure to “other people’s business” that we now have via social media.

Accordingly, we also now do an unprecedented amount of comparing to these “social strangers.”

And it’s wearing, and weighing, us all down. There’s a lesson for us here to apply at work (and in life).

You know what you have to do.

Like the stoic, lone warrior perched high above the town in the church tower, waiting for the approach of the great winged beast, you must be the one who slays the Comparison Dragon.

Put an arrow through its heart, and then compare yourself only to what matters—in your heart.

Scott Mautz is a 20+ year marketing executive at Procter & Gamble, having run several thriving, multi-billion dollar divisions along the way. He is also an award winning keynote speaker and author of the bestselling book Make It Matter: How Managers Can Motivate by Creating Meaning, a book named to the “Best of 2015” list by Soundview Business Books. Connect with Scott at www.makeitmatterbook.com.

View all posts by Scott Mautz