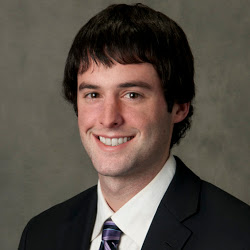 With hundreds of miles open to habitation, people still tend to build their houses close to the houses of other people.

To find an individual choosing to live completely alone in the world is so rare, we can conclude human beings need to live amongst each other for optimum survival.

We are compelled from within ourselves to group together.

Humans are social animals; it is our nature to be so, but what draws humans together to be social?

What are Social Objects?

Social objects come in all sorts of types and strengths. Good social objects are complex and have lots of hooks around which to start conversations. A great example of a social object is the NHL. The NHL has history, statistics, personalities, rivalries, and a plot with heroes, goats, and momentum shifts; all of which provide rich meat for discussion before, during, and after the games are over.

Ask any NHL fan about their experience during the lockout. Likely, what you’ll hear is outrage over the months lost, and sheer joy that hockey is back. But in reality, hockey did not go anywhere. Just our beloved teams of the NHL had disappeared.

When word first spread about the NHL getting ready to lock out its players, fans tried to organize the best way they knew how – through social media and word-of-mouth. Twitter accounts and websites popped up urging fans to protest online and in person. In fact, fans used all methods of word-of-mouth to try and force a deal to end the lockout.

From Twitter to Facebook, email to snail mail, and telephone to in-person protests outside NHL headquarters and club offices, it became clear a large group of people were missing the social object that bonded them and they wanted it back.

Sorry Seems to be the Hardest Word

During the dark days of the lockout, fans were angry. Social media was abuzz with groups and protests by fans outraged that the “talks” had gone on for so long. Through it all, neither side could muster up the energy to apologize to their fans or ask them to be patient.

Players took to Twitter calling their employers all kinds of nasty things, while the owners seemed to lock themselves in a bunker. It looked for a while as though the fans had finally had enough and commentators began to ask whether they would fill up the arenas should the NHL reach an agreement.

When the lockout ended, it seemed the angry fans quickly disappeared. Tweets from people threatening to boycott the game suddenly turned into Tweets about boycotting opening night, or not watching it. Then, Twitter started trending with topics celebrating the return of hockey. All those fans who were so angry with the league for turning their backs on them quickly forked over their money to secure seats for the remaining games of the season.

It may be easy to overlook the NHL or other sporting events as social objects because they are such an ingrained part of our daily discourse and culture. But strong social objects are meant to be an experience or object that brings us together; not some foreign object that we covet to physically possess.

I would love to know what do you think. Are social objects key to word-of-mouth marketing?

Note: While he didn’t coin the phrase, cartoonist and author Hugh MacLeod certainly helped popularize it. In fact, he believes that social objects have been around since Aristotle’s day. He’ll be in Chicago during WOMMfest if you’re curious to know more.

Jacob Hurwith graduated from the University of Illinois at Urbana-Champaign, and began his career as a freelance journalist. He then worked for a prominent commercial brokerage firm in Chicago handling all public relations, email marketing, social media, and design initiatives. Intrigued by WOMMA, Jacob jumped at the opportunity to join them. When not working, he loves to run along the lake, write, read, attend Chicago White Sox games, and spend time with college buddies.

Note from Gini: It’s rare a White Sox fan gets the stage here, if only for a day. I clearly was asleep on the job!