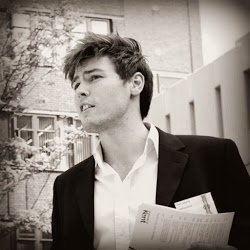 Does everything coming out of California really need a face lift?

LinkedIn has been changing things up lately, but will their actions distract users from discussing business?

Judging by the recent activities, it would seem they’re getting a bit obsessed with their wrinkles.

The question is will they take it too far and end up masking the characteristics we all found so beautiful in the first place?

LinkedIn Today and features such as the new ‘Thought Leaders” have the potential to distract users from getting down to business.

Thought Leader updates will appear on your LinkedIn home page, and potential Thought Leaders have to apply to get extra exposure for their content, which legitimizes them and weeds out the riff-raff.

Sure, reading good content submitted by influencers might keep you linked in to LinkedIn longer, but now you’re in a passive role.

To me, LinkedIn is about action.

When I log into LinkedIn, I don’t want to read, I want to take action, but pushing content at me keeps me passive.

Sure I can share it, like it, and follow people, but I’d rather target, get to know, and convert. Like an old celebrity with too much plastic surgery, LinkedIn in danger of losing her natural beauty. I can tell there’s still some talent in there, but I can’t help thinking I’d respect her more with wrinkles instead of the obvious attempts to look young and fit in.

The button even invites you to endorse all four connections without evaluating their skills. How can I benefit my trusted business contacts by endorsing skills I haven’t even examined? I can still show respect to my trusted contacts by leaving them a thoughtful, well-written recommendation, but in comparison, ‘one-click endorsements’ seem shallow.

I can see the benefits to recognizing skills of a few connections you may not know well enough to give a full recommendation to, but sorry LinkedIn, the ‘endorse all four’ feature is like a plastic surgery freak show. It’s like you’ve gone crazy with lip injections and are puckering up your duck-face. You could be forgiven for a little ‘endorsement enhancement,’ but the ‘endorse four’ feature just makes you look silly. You’re distracting us from your real beauty and talent. Search. Connect. Ask. Answer. Poll. Discuss.

True, it’s too early to tell how the users will react to the most recent enhancements. We did a quick poll of LinkedIn users to get initial reaction to endorsements: Thirty three percent said they ignore endorse requests and only 13 percent said they would endorse all the skills of a person he or she likes. Maybe people are more honest than we thought?

Still, LinkedIn previously prompted us all to add multiple skills by counting down how many of the 50 allocated skills we had used. Will tuned in social media people scramble to dump some of those ‘fluff’ skills? Who knows, but it’s another thing people will spend time trying to figure out instead of having business discussions.

I’ll leave the last word to another of my poll contributors:

“Personally, I’m at a loss to WHY LinkedIn removed the Recommendations being shown on your profile as a number. It’s taken me more than five years of hard work to receive the more than 40 recommendations I’ve been given by colleagues, clients, and partners. Now, they aren’t as prominent as they were before. I’ve heard a lot of wild statements about the usefulness as business tool. I’ve certainly got a fair amount of work from it. More so than Twitter or Facebook, but I think LinkedIn are messing with the foundations a bit too much at the moment. What is the point of endorsing skills now? Ultimately none.” Illiya Vjestica

Liam Gooding is the co-founder and CEO of Virally. He blogs about content marketing, conversion optimization, and occasionally goes off topic and talks about entrepreneurship and startup marketing. He lives in the delightfully named Canterbury, England.