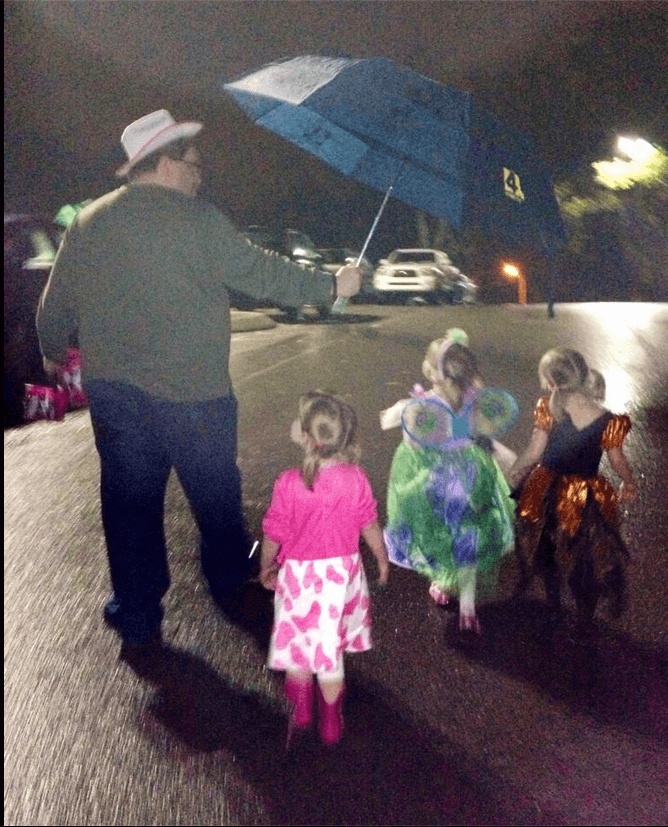 Once a month, I am featuring an Arment Dietrich employee in the Spin Sucks Inquisition.

Today it is the turn of one Mr. Clay Morgan.

Clay is our vice president of operations, which means he does the things I don’t like to do. He’s my muscle. He also serves as our HR department, which we are reminded of at least once during every staff meeting.

Clay and I actually met in the comments of this very blog about 18 months ago. I really liked the way he thinks (though, at the time, he disagreed with a blog post I wrote) and we developed a relationship first in the comments, then in email, and eventually over the phone, Skype, and then in person.

When he joined our team last fall, it was to help us distribute content differently, build products (versus services) we can sell, and implement processes.

He’s doing all of that and more.

I think the biggest mistake, early on, was a fear of making a mistake. As a young publisher I was terrified of goofing something up and getting fired. And therefore I didn’t try to break outside the box too much until one day we did something crazy – a publication.

It didn’t work and we lost a little money, but the owner of the company told me that nobody has ever tried that before and now we know it doesn’t work.

What became evident was that, despite the company’s high standards (30 percent profit, no matter what), mistakes were not death sentences and you weren’t likely to get fired if you try something and it doesn’t work.

Now don’t get me started on the “OK to fail” movement. I understand the meaning, but I think in some cases it is going too far.

In some instances my failure as a publisher could have cost people their jobs. However, it took me a while to to realize that a mistake isn’t going to get you canned and that you should be working hard to try new things and be innovative if you want a media company to grow.

I think I’m often viewed as confident, sometimes even aggressive. But there are plenty of things – such as starting a business – where I just don’t have the guts to make that leap.

No. I believe that things happen that you didn’t realize were in the plans.

For example, a year or so ago, I was convinced I’d be the publisher of a larger, metro newspaper. Being the VP of a PR agency was not planned and was not anywhere on the list of things I wanted, but here I am in a fun, intriguing, challenging job with all sorts of new opportunities to do interesting work before me.

Plus, I believe God has a plan for each of us and I’m not sure I want to jack with His plan by checking out 10 years early, unless of course that is his plan, which I kind of hope it isn’t.

Finally, at the risk of sounding mushy, I don’t want to give up 10 years with my wife and the girls.

The way media pitches and news releases are handled. I’m not that far removed from a newspaper career and the pitching felt much more like the PR professional was trying to make a certain number of pitches as opposed to landing a certain number of meaningful media “hits.”

There seems to be so little strategy being practiced when it comes to media relations. And it is in the blogging world too – anyone with a half-way decent blog has received pitches that just make no sense. It makes our industry look absolutely terrible, and for good reason.

The second thing, and I’ve been harping on this, is most content distribution is just kindergarten. I think we do have content fatigue out there and that is going to make the distribution of content more and more important.

Yet, I see precious little discussion or study into new distribution models designed to put the right content on the right platform in front of the right reader.

We must get serious about distribution.

The discouraging thing is that no matter how loudly we bang the drum on these two, nothing seems to be changing.

Well, in terms of fiction, I’ve been plowing through the “Hit Man” series by Lawrence Block. It is just a lot of fun to read.

Also, I’ve rediscovered the joy of “The Jungle Book” by Rudyard Kipling as I’ve been reading some of its stories to the girls.

For non-fiction, I have to go with my boss and say Spin Sucks, right?

But because every person here has read it (right??), I’ll state an older book – Daniel Lapin’s “Thou Shalt Prosper: Ten Commandments for Making Money.”

The book does have religious undertones but it goes much deeper, helping you define (or redefine) what prosper means and then providing a real mind check, gut check, and attitude check related to what it takes to prosper.

This is a business book and a personal development book and I think everyone should read it.

Simply because “spin” is lying.

Where You Can Find Clay Morgan