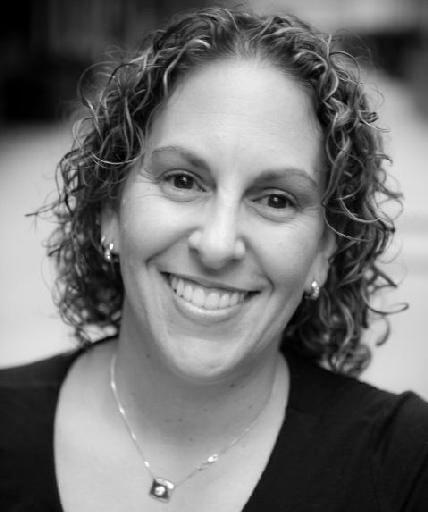 I remember the exact moment I met Jodi Echakowitz in person.

It was at PodCamp in Toronto, gosh, nearly five years go? I think it was March of 2011. Inside PR was a sponsor so I flew up to hang out with my boys and meet some Spin Sucks crazies.

Though I knew, Jodi, of course, I hadn’t met her in person and then I ran into her in the hallway and we stood there for a very long time chatting like old school friends.

I even remember the conversation, which is hard to forget when you’re talking with a gorgeous woman who has a South African accent about something you have in common.

We still had office space, but I had four employees who had left Chicago and were working remotely. We talked about the pros and cons of a virtual office and it stuck with me. We ended up giving up our super expensive River North office lease that November and Jodi was the catalyst to helping me save nearly $15,000 a month.

She is someone I have always admired and I am very excited to introduce you to her today!

While working in one of my early corporate roles, I came back to my job after six months of maternity leave (yes, I know, Canadians have it easy… although today maternity leave is one year!), only to find that the PR department had become the boys club.

In addition to being excluded from most discussions, I also began to doubt my abilities. Everything I did was questioned. Every suggestion I made was shot down. And everything I wrote was heavily edited or re-written. All of this had me contemplating a change in career as I figured I just wasn’t cut out for a PR role.

The environment was toxic, and I should have resigned. But I didn’t. Instead, I stayed in a role where I was miserable. Being a new mom, the last thing I wanted was to be out of work.

As it turns out, timing is everything. After sticking it out for a few months, I was laid off. But on the very same day as I lost that job, I received a call from someone I knew with an offer to work at their exciting new startup. This new opportunity turned out to be one of the most incredible corporate roles of my career.

I learned some great lessons from this experience.

Trust your instincts and let them guide you.

No job is worth your unhappiness.

Work with people who recognize the value you deliver.

When one door closes, another always opens.

In my early career I was not only responsible for PR; I also set up Novell Networks. (Talk about having a diverse role within a company!)

What’s a Novell Network, you ask?

Long before the Internet was mainstream, a company called Novell had a server operating system that was used to create a Local Area Network (LAN) that connected multiple computer systems.

I was so intrigued by the technology, that at one point I considered becoming a Certified Novell Engineer.

Today I’m pretty tech savvy, but no longer have the technical expertise I had back then (that’s what teenaged kids are for!)

My life has never been focused only on my achievements. I got married at a young age, and had two kids by the time I was 30. There is nothing I love more than spending time with my family, and watching in awe as my kids grow. I could never give that up—not for anything.

My son, who is 18 now and was diagnosed with Asperger’s Syndrome at age six, has come so far in life. It’s been remarkable watching him overcome some of life’s most challenging issues, and explore new opportunities that await him.

My daughter dreams big and I am so looking forward to seeing what she achieves and what path(s) she ultimately takes in her plan to conquer the world. In fact, I have to chuckle because at this point in time (she’s only 13), her plan is to become a software engineer. I think the geek in me might be emerging in her, too.

Bottom line is I would never give up the opportunity to watch my kids grow up, and to grow old with my hubby.

I have a few pet peeves, but one of them is the concept of buying likes, fans, or followers.

We have come so far in the world of digital marketing, yet people still think the path to success is dictated by the size of their community, and not the quality of those in it.

I’ve read three books in the past six months, and unfortunately none of them make my personal list of best books I’ve read.

But if I have to pick one “best book,” I would have to say that Touch and Go by Lisa Gardner would be it.

Touch and Go is about a family who vanishes without a trace, and the steps that are taken to find them.

It was a quick read, with lots of interesting backstories, and a plot twist that was unexpected.

Spin sucks because it gives the rest of us a bad name! So-called communication pro’s need to stop throwing spaghetti at the wall to see what sticks!

Do your research and take the time to understand a target publication’s audience. Actually read what the journalist or blogger has written about. Come up with a unique and interesting angle to pitch that is not only relevant and timely, but also highly targeted.

Surprise, surprise, but spending a little bit of time upfront can lead to a lot of success!

Where You Can Find Jodi Echakowitz

Like many of our PR peers, Jodi can be found hanging out on:

She also is raising money for a 5K she’s running on October 18. Her goal is to raise $3,000 to support the Asperger’s Society of Toronto.

If you are so inclined, you can sponsor her here.