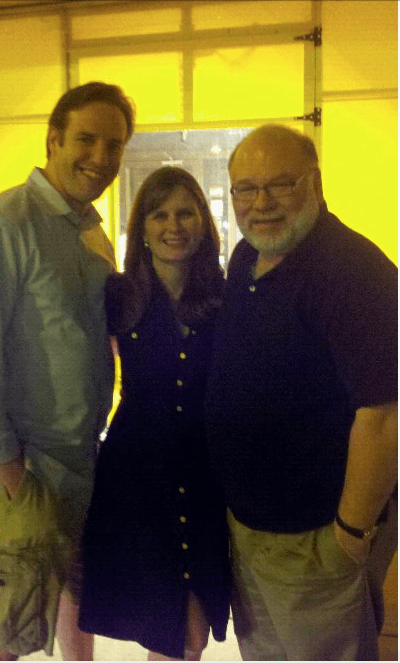 A few years ago, I was sitting in the hotel lobby in New Orleans, having coffee with Ken Jacobs.

He says, “I have your Christmas gift.”

(Mind you, this was May and we had never before exchanged gifts so I’ll admit I was a little panicked. I had nothing for him.)

He pulls out a folder and he begins handing me torn out photos from SkyMall, complete with a story about why he thought this “gift” was perfect for me.

I was so happy to hear SkyMall was being bought out of bankruptcy because it really does provide the best gift-giving experience.

I mean, just looking at the home page today, I see images of the best steak thermometer ever and a deck umbrella that has twinkly lights on the inside to act as stars at night.

Both perfect photos for Ken’s Hanukkah gift this year.

On Facebook, Ken makes fun of me daily (yesterday he posted a photo of a woman wearing an egg costume and said it was me), proving that I clearly am in need of another brother because the four I have aren’t enough.

He makes me laugh so hard, I have had asthma attacks. He sends me emails that I often keep, just for something to laugh at when I’m having a bad day. He leaves me voicemails (I rarely answer the phone) that make me cry from laughing so hard. He also tells people quite often that he taught me about social media (which is a downright lie, but I just smile and nod).

He’s one of the good guys and, though he’ll make me regret saying this later on, one of my dearest friends.

I made him wait a loooooong time to be featured on the Spin Sucks Inquisition (for all of the reasons I’ve listed above), but here he is. In all his glory.

I’m not a big believer in mistakes or “failures,” because they’re all steps along the road to success.

If forced to articulate one, I suppose mine would be not realizing what I was meant to do far earlier in my career.

I spent 25+ years in PR agency management and leadership, and while I certainly had my high points, the low points should have made me realize I needed to course correct.

And thank goodness that at age 50, I did!

That I know very little about sports?

I think most people know that.

How about that the first words the respected actress Deborah Kerr (“The King and I” “Tea and Sympathy” “From Here to Eternity”) said to me when we met were, “My darling, I’m so very sorry to have kept you waiting.”

Wow, that’s a tough one.

Unlike most of the previous Inquisition victims, I’m going to opt for the longer life.

Because I don’t believe one should shoot to achieve everything.

It’s about the journey, with all its achievements and missteps and detours along the way.

I guess this is the part where I ruffle some feathers.

It would have to be some of the leaders in the PR/communications agency business, who don’t invest enough in the professional development of their high-potential executives and employees, because of the “What if we train them and they leave? What if we coach them and they leave?” syndrome.

The questions, in my opinion, should be “How much greater value would they bring to our clients, and thereby the agency, if they were trained to have greater skills, particularly in the areas of client service, team leadership, and management?”

“How much greater value would they bring to their clients, their teams, and thereby the agency, if they were coached to become more inspiring, inspired leaders, who could motivate their followers to surpass their goals and help achieve the agency’s vision?”

Other than Spin Sucks?

It would be Asbury Park’s Glory Days. The Story Of An American Resort by Helen-Chantal Pike.

A number of reasons:

Then you’ll look back and say “That really wasn’t worth it.”

Where You Can Find Ken Jacobs

Because Ken taught me everything I know about social media (smiling and nodding), it makes sense that you can stalk him online pretty much everywhere.

Well, except on his blog because he hasn’t posted there since June, even though he promised me he was going to blog weekly this year.

But you can find him on Facebook (but keep in mind he does share too frequently there and it is a lot of making fun of me), Twitter, LinkedIn, and Google+.

And, if you are a business owner, executive, manager, or upcoming leader and need coaching and external professional development, I can think of no one better than Ken Jacobs, particularly if you are in PR.

When he mentioned above the he reinvented his career at 50, he really did through Jacobs Executive Coaching. At the very least, I promise he’ll make you laugh so hard you’ll pee your pants.