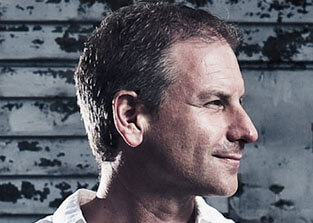 About a year ago, I was introduced to one Rich Brooks and it was kind of astounding we’d never run into one another.

He interviewed me for his podcast and we quickly hit it off.

He runs a conference called The Agents of Change.

He hosts a podcast called The Marketing Agents.

And he lives in one of my favorite cities in the U.S.

And here he is…on the Spin Sucks Inquisition hot seat.

Not getting the help I needed early on.

These days I’m more willing to hire a coach, take that course, or delegate to a more talented team member, but back in the day I tried to take it all on myself.

That definitely stalled my company’s growth.

What is One Thing About Yourself that Would Surprise Most People?

That I used to work as a waiter where I had to dance on the bar top every time the song Charlie Brown played in this synchronized dance with the other waitstaff.

I think the chain was called Stash & Stellas.

Yes, because one of the things I’d wish for is 20 extra years of life.

Just the idea of quantity over quality.

It’s an old saw that we’re overwhelmed by data and information, but truth be told, it’s really that so much of it is crap.

(And I’ve been guilty of it myself.)

I’m finding myself more attracted to companies and marketers who are creating less content, but spending more time researching and polishing that content first.

Along the lines of the last answer, Essentialism: The Disciplined Pursuit of Less by Greg McKeown.

For me, the best aspect of the book can be summed up in (paraphrasing here): Non-essentialists say, “I can do it all.”

Essentialists ask, “What can I go big on?”

That to me is just the advice I needed.

It obfuscates the truth.

It causes you to work on the message and not on the problem.

Where You Can Find Rich Brooks

Every fall, Rich and his team put on The Agents of Change Digital Marketing Conference in Portland, Maine (and online).

I feel like September is a good month to go to Portland. I’m sure there is a lobster festival at the same time. So check it out. Register. And go!