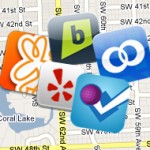 Last week Mashable did a story on how few people are using Foursquare and that, perhaps, business owners should wait to do any marketing through the location-based program. At the time, I was in a hurry and tweeted it with, “Not sure I agree with @mashable on waiting until later to do location based marketing.”

I’ve had some time to think about it and now I’m really sure I don’t agree with the story…or rather, the study that prompted the story. The study was conducted by Forrester to show that only 4 percent of Internet-using adults use Foursquare and, of those people, only 1 percent check in to a location at least once a week.

Let’s put this into perspective.

And, let’s think about this…likely the 800,000 people who check in at least once a week are early adopters of technology, which means they’ve built communities on one or more of the social networks and are looked at as people who are influencers. People who will tell others they should check out a business because of some special they just received. Does it really make sense to wait until later to adopt some location-based marketing?

I believe it was Seth Godin who said, “If you wait until there are case studies in your industry, you’ll be too late.” Using location-based marketing is a free tool and you have the opportunity to create extremely loyal customers. WHY would you wait?

I have a few additional ideas:

* Rather than making me carry around a loyalty card, why not offer me the same program via my check-in on my phone?

* As Danny suggests, offer specials to people who are not just Mayors.

* Offer something unique to people who come by your booth at a trade show and prove they’ve checked into your location.

* Give away something free for the 10th time I come into your store.

* Provide freebies and/or specials if I bring in friends and they also check in.