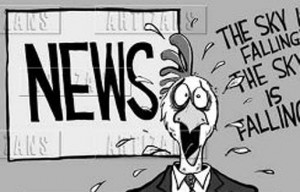 The web is dead!

I guess all those business owners who’ve told me all these years that their customer doesn’t use the web were right. I really hate being wrong. It rarely happens.

Yet here we are. What are we going to do?

I discovered this disturbing news as I’ve been reading about the Facebook purchase of Instagram. You know, the $1 billion purchase they made of a company with only 12 employees and no revenue? Yeah, that one.

And, as it turns out, it’s not a bubble stretch. The web is just dead.

The web has been dead for nearly two years, when Wired called it so in August of 2010. I didn’t get the memo because I’ve been using it for the past two years. I guess this is one of the few times I haven’t stayed ahead of the trends.

In all seriousness, people are spending more time in mobile apps than they do online, according to the International Telecommunication Union. And, another thing that is interesting is this (according to Flurry):

The smartphone rate of adoption is four times faster than that of personal computers.

Which means people really are spending more time in apps than on the web. And, because of that and because Facebook doesn’t have a great mobile app, the Instagram purchase begins to make sense.

While I wouldn’t count the web out just yet, there are a few things you should be considering:

If you aren’t business ready for smartphones, the time is now.

P.S. I’m sorry if I made anyone worry yesterday. I got up to write and then decided, because I’ve been on the road so much, sleep was more important than a blog post. I went back to bed. But everything is fine!