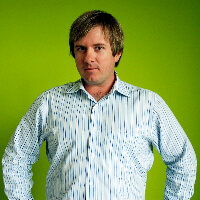 Wayne Gretzky is the best hockey player of all-time. Told from a young age that he was too small and too slow to ever make it to the NHL, he wound up proving his detractors wrong by becoming the highest-scoring player in league history.

Following are the top three lessons social media can learn from The Great One and his journey to the top.

Players and fans alike would marvel at Gretzky’s ability to be in the right place at the right time – seemingly every time he stepped on the ice. He would literally fast-forward the game in his head and then go to where he had the best opportunity. Similarly, in social media the spoils go to those who are one or two steps ahead of everybody else. So, where is social media heading? Some people think it’s location-based services like Foursquare and Gowalla. What do you think? 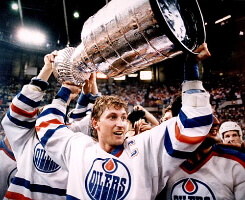 Gretzky realized that no matter how good he was, there was always somebody who was bigger, faster, and stronger than him. So he did the only thing he could – he worked harder and smarter than everybody else. While all the other budding superstars worked on their slap shots and mullets, Gretzky worked on his vision and creativity. By the time he got to the NHL he was still small, slow, and weak. But the vision and creativity he painstakingly nurtured made him the best player in the world. So what should you be working on? How about this – instead of working on your technical knowledge about online video, why not work on persuasive presentation skills so that when the camera is on, we have no choice but to be compelled and inspired by whatever comes out of your mouth.

Lesson #2: After you find out where the play is heading, work your ass off to get there first.

You miss 100 percent of the shots you don’t take

Lesson #3: Don’t wait for the perfect time to take your best shot. Take it now.

Steve Cunningham is president of Polar Unlimited, a digital and social media agency. He is a frequent speaker to C-level executives and a contributor to online publications such as Mashable and Bizmore.