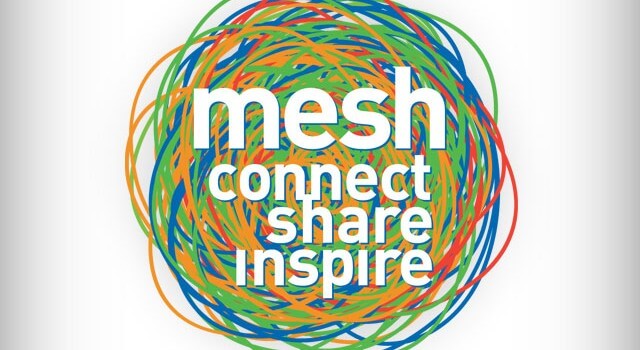 Toronto is known as a lot of things.

And, in typical Canadian fashion, with our ‘tall poppy syndrome,’ many of Canada’s largest city’s nicknames are less than complimentary.

Then you have Toronto the Good (due to our buttoned down, Victorian morals influenced past), The Center of the Universe (Rude!), and Hogtown (our history of meat processing).

But tech town? You betcha!

According to stats from an article in forbes.com,

Ontario is the second largest information technologies cluster in North America. Only California is bigger. That cluster basically shoots from Toronto to Waterloo, home of BlackBerry. Google GOOG -0.26% is based there. Gmail was created in Waterloo. But it’s the Toronto techies that outnumber any other city in Canada. There’s 11,000 information and communications technologies firms in Toronto alone, employing over 170,000 people.

And being a part of that burgeoning tech community was what prompted Mark Evans to throw his weight behind the mesh conference.

Mark is the principle with ME Consulting, helping startups with their stories.

He’s kind of a big deal, up here in the Great White North and elsewhere.

And I can’t write about mesh without mentioning the rest of the mesh co-founders. They are also big brains and big deals in the marketing/tech/startup world, and you should get to know them.

Ok, back to mesh. Why should you care? Because, if you’re in Toronto, or the surrounding areas, this year’s conference, on May 27th and 28th, it will be a great learning and networking opportunity.

Also, maybe the most important reason: I’ll be there!

The organizers invited me (thank you, Martin Waxman!!), and have also graciously given us a discount code for you, dear Spin Sucks crazies, if you want to attend.

I asked Mark to answer few questions for me about mesh, and he kindly did so.

LB: When was mesh created, and what was the inspiration?

ME: Mesh was created in 2006 when there were a lot of exciting things happening on the Web. We wanted a place where people could get together to share ideas. Of course, none of us had any experience planning a conference! We started meshmarketing, a one-day digital marketing event, in 2010.

LB: What do you, personally, love the most about it?

ME: The best part about mesh is it focuses on how the Web is affecting everything – the media, marketing, business, politics, education…and the list goes on. It gives people different perspectives, and makes them think about things outside their personal and professional interests.

LB: Why is mesh so important for the Toronto community?

ME: mesh is focused on what’s next, which makes it a place to learn and be inspired.

LB: For those who haven’t attended before, and are considering it, why should they attend?

ME: One of the most fascinating things about mesh is the conversations that happen between the sessions. We intentionally insert healthy breaks so people have time and the opportunity to meet and share their ideas and thoughts. It’s probably the best part of mesh.

You can learn more from Mark in an interview Martin did with him on Inside PR.

So, there you have it.

We don’t generally do a lot of promotion’y posts here on Spin Sucks, but as the mercilessly teased, only Canadian on the team, I thought this was important.

We have it going on up here in Canada. And I know, based on Gini Dietrich’s recent book tour, there are a lot of Spin Sucks fans here as well. So, I wanted to share this treat with you.

Hope to see you there!