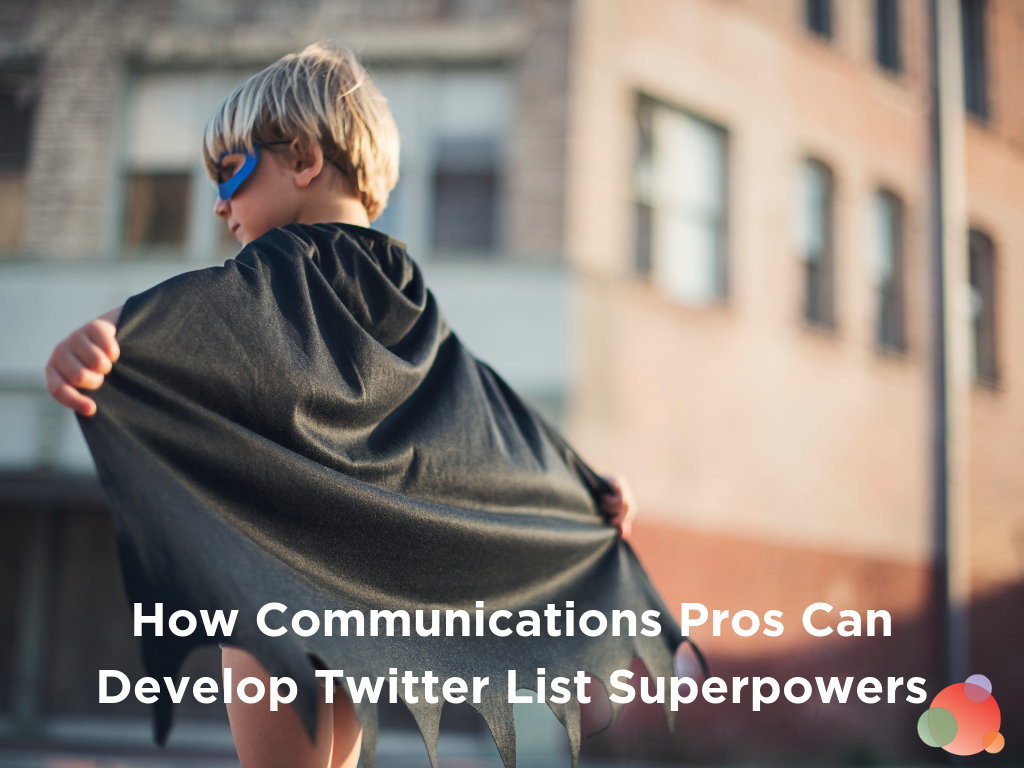 I know this because I read each and every one of them (or maybe it just feels like I do.)

But I don’t want to miss anything important.

To appease my FOMOOT (fear of missing out on Twitter, obviously), I’ve implemented several techniques to help me feel like I see the tweets that are most valuable to me.

I consider it to be the Swiss Army Knife of PR searches because it allows you to do so many things at once.

You find essential news, build relationships with journalists, and monitor for potential crises—all in one fell swoop.

While it takes some time to set up and maintain, it’s definitely worth the effort.

Here’s how it works:

One of the first benefits you’ll see if you implement this system is how efficiently you can monitor important news about your company and competitors.

The articles you’ll see will likely include high quality coverage.

And you’ll know when key journalists are talking about things that are relevant specifically to you and your business.

This gives you a natural trigger to jump into the conversation and share your insights.

But be helpful. Build a relationship first so journalists and other influencers know who you are.

Finally, the real-time immediacy of Twitter means you’ll often be alerted as soon as a crisis is brewing.

Let’s go over the specifics on how to set this up.

In many cases this begins with journalists.

Take a look at everyone who’s writing about your brand, your competitors, and your industry.

This exercise is an excellent time to build or update your media list.

Keeping a current list of the essential voices in your industry should be at the core of a strong media strategy.

Once you’ve identified all of the journalists and other influencers in your field, add all of those people to a dedicated Twitter list.

To make the next steps work, make sure that the list is set to public, not private.

I tend to use common names for these types of lists, rather than something like “people I’m stalking” or “a general list of idiots, nimrods, and dipshits.”

Remember the people you’re adding to the list will most likely get a notification they’ve been added.

You could use a label like “best tech journalists” or some other form of flattery to start relationships off on the right foot.

Not usually my style, but to each their own.

Borrow From Other People’s Lists

Let’s say that you’re making a list of influential tech journalists, and you want to make sure that you’re finding all of their peers.

You can start with one journalist and use their presence on other people’s lists (OPL) to build your own.

For instance, let’s say I start with Josh Constine from TechCrunch. On his page, he has his own lists.

If you click on his lists, you see ones that he’s subscribed to or created.

However, that’s not where the action is.

You’ll want to click above that on “Member of,” which takes you to every public list anyone has ever made with Josh in it.

Now you’re looking at lists that are similar to the one you’re building, comprising other influential tech journalists.

I would search for lists that have somewhere between 50 and 200 people on them.

Read Between the Lines

If you don’t want to scroll through all of these lists, try searching for specific keywords like journalist, writer, reporter, or tech and find relevant lists other people have made.

When I find a list that looks promising, I’ll check out who’s included.

I will also go a step farther and quickly learn about the person who first put together the list as another way to assess whether or not they’re the type of person I want to borrow from.

(As part of this exercise, I found one list made by a woman that works for YouTube and went to Stanford business school. On paper, this is the kind of person I’m pretty confident knows her stuff.)

This might be a step too far for most people. I’m just sharing my whole process, and encourage you to take whatever you need from me.

Now that you’ve found some lists, click through them and, hopefully you’ll find you’ve discovered gold.

Ideally this would be a list of journalists you recognize as being relevant to your particular niche, along with some names that you may not know but that seem to fit the profile.

Set Up Your Searches

The team at Spin Sucks recently created a Twitter list that includes many members of the larger Spin Sucks community.

I’m not going to hyperlink because you’ll need to use information from this URL to build your search.

Now let’s say that I want to know whenever someone in this list mentions my company, ITK Information Services.

This is the search I would put into the Twitter search bar:

You put your search term first, then “list:,” then UserName/ListName.

Since we do brand monitoring and analysis, I might also want to know when this group is discussing topics that are relevant to my work.

In that case, I might add several terms to one targeted search to find as many conversations as possible. For example:

ITK OR “In The Know” OR Christophe OR measurement OR monitoring OR “clip reports” OR analysis list:SpinSucks/spin-sucks-community

Make sure you capitalize “OR” in between each search term, otherwise, the search won’t work.

Exact phrases should be in quotes.

Once you have your specific searches set up, you can access them in a few different ways.

You can bookmark the search and open it in your browser whenever you want.

Another option would be to add it to Tweetdeck or a similar Twitter client.

I personally still like email alerts, and use IFTTT to set them up.

Here are the specific IFTTT applets I use depending on how quickly I need to see results:

Now that it’s set up I’ll get an email alert so that I don’t miss any of these essential tweets.

I can quickly thank my fans (thanks, Mom!), hustle for new business, and put out fires.

Now go forth and build your own super-secret Twitter search!

Photo by TK Hammonds on Unsplash

18 years ago I was working as a temp for a high-powered movie studio executive when I talked my way into the greatest job of all time as a personal news curator working from home. I read all day (news, magazines, books) and created a weekly digest highlighting what I found most valuable. Over time I found other companies that needed help filtering through the noise to find the information that was most important to them. Today, my company, ITK Information Services, helps many companies and organizations track and analyze all of the conversations around their brand across traditional and social media. We got sick of manually formatting our reports all day, so we built an app called Report Mule to do that part of the work for us. The rest of the Twitter stalking, filtering, and analysis is done by the greatest collection of introverted news junkies anyone could ever want to work with. Remotely, of course.

View all posts by Christophe Abiragi