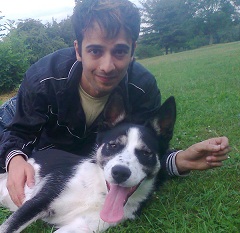 Traditional marketing methods of charities have, for a long time, been offline based activities. For instance, door to door sales, leafleting, street vendors, and tele-sales.

Of course, we’ve all seen this changing as more and more charities turn to digital marketing strategies to raise awareness and increase profitability.

In the U.K., the BBC published a report showing that millions of pounds intended for charities, in fact, go to the companies managing and implementing the fundraising on their behalf.

The report even concluded that:

They cited, as an example, that many organizations effectively pay sub-contracted fundraisers MORE than they raise in the first year, just to cover the initial costs. These fundraisers, also known as “chuggers,”  or charity muggers, may get 750,000 signatures raising 90 pounds per signature, but the charities are paying 100 pounds per signature.

The result of this story has been detrimental to charities who were already struggling with the perception that donors’ money lines the pockets of others, and not the intended beneficiaries of charities.

This has left them in a difficult situation. Traditional marketing methods, where their experience lies, are becoming more and more ineffective.

Of course, now they realize the strategy they must take next is to dip their toes in to previously unknown frontiers: Digital marketing.

It would be wrong to suggest that charities have only now used the Internet for fundraising activities but it is a valid statement that some have been reluctant to make that transition.

Those that have made this giant leap are doing very well. In fact, the partnership of online game publishers and charities has been consistently successful in bringing in never before seen ROI for charities.

The success rate of the partnership between charities and social game developers should be of no surprise when we consider the market value of virtual goods.

According to eMarketer, the branded virtual goods revenues this year have increased by more than 156 percent since 2010 and has an estimated worldwide value of $41 million. The projections for 2015 show that this will increase by a staggering 775 percent to a worldwide value of no less than $318 million.

Charitable causes and social media are surely a perfect match particularly when you see the symbiotic nature of the core values of each. Social media is a platform to provide people a way of connecting with others around common interests; concordant with the core values of charities which is to raise awareness, bring people together and create communities around causes.

Charities have the potential to reach more donors than ever before for their project by utilising new media in an ethical, profitable and engaging environment; online gaming. Do you have a success story you’d like to share?

Yasin Akgun is a marketing executive with PlayMob, a UK based company offering offering relationship management solutions for game developers, charities and brands together. He blogs for them here.