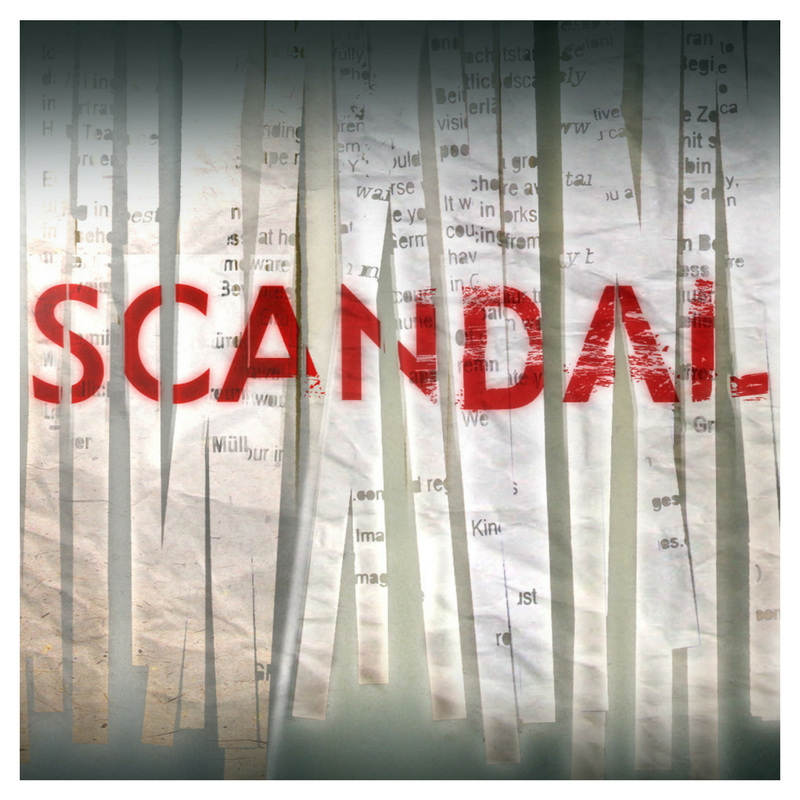 I’ve been an admirer of Judy Smith and her crisis communications work for years.

So, when I learned that Shonda Rhimes created a show based on her, I couldn’t wait to check it out.

I tuned into that first episode of Scandal and was intrigued enough to keep watching.

I’m not sure when I started tweeting during the show, but my social media antics on Thursday nights soon led me to a group of local women who also watched and tweeted Scandal.

Inspired by the show’s crew of loyal Pope’ers, we christened ourselves “Gladiators” and started chatting via Twitter on non-Scandal days.

One of the Gladiators was the woman who would become my boss.

She had recently been elected to a political office that had been occupied by someone else for 30 years.

There was a lot of work to do, including hiring her own team.

The last position she posted was a newly created one: Director of communications.

The timing was perfect.

I had been in my current job for several years and was looking for a new opportunity.

I had all the skills and experience she wanted: Media relations, writing, public affairs, social media management.

The role sounded like a good move, so I applied and eventually got hired.

While I was qualified for the job, I know that live tweeting Scandal was a big help in getting me there.

It all comes back to a basic tenet of public relations: Relationship building.

I used our common enjoyment of a television show to build a relationship, which in turn made sure she not only reviewed my resume when I applied for the job, but also interviewed me.

Building a relationship got me through the door, and my skills and experience got me the job.

If used properly, it can be a big asset to a public relations professional’s career.

When I first started my public relations career, I had to depend on introductions from others to meet new people and build relationships because social media didn’t exist.

While I still get introduced to other people by mutual colleagues, using Twitter allows me to be more proactive in my networking.

I’ve met many intelligent PR pros via Twitter, and they are always quick to respond to a question or discuss current PR events.

Thanks to Twitter, my professional network is much larger and more diverse than it was when I just depended on in real life networking.

Twitter not just helps me professionally, it has also been a big help to me personally.

Whenever I travel to a new city, one of the first things I do is ask the Twitterverse for dinner and entertainment recommendations.

One of my great loves is baseball, and I’ve bonded with both fans of my hometown St. Louis Cardinals and fans of the game in general.

I’ve also met some people who have become dear friends, and that community I created was a huge comfort to me when I lost my father to cancer.

And it’s all based on relationship building.

You get out of Twitter what you put into it, and that means you need to put in some time and effort.

The easiest way to do that when starting out is by looking at those Twitter recommends for you to follow.

Another easy way is to search an interest.

I also look at the follows of other Twitter members whom I enjoy interacting with and add to my follows.

Some of those I tweet with regularly have also introduced me to others.

Recently, a fellow PR professional introduced me to a colleague of hers because we had both tweeted about enjoying Bruce Springsteen’s autobiography.

That fellow Springsteen fan is now one of my favorites to engage with on Twitter.

We tweet to each other about both public relations and mutual interests such as music and baseball.

It takes time to grow a Twitter network, but the rewards are great.

You need to engage with them by responding to their tweets.

There is nothing worse than someone who creeps on Twitter, meaning they read other people’s tweets without responding to them or without tweeting their own content.

Don’t be afraid to join a conversation or start one of your own.

She has invited me to be a guest speaker at several of her classes, and I always enjoy the opportunity to engage with future PR professionals and answer their questions about the business.

The Bad Should Not Overshadow the Good

We hear a lot these days about Twitter trolls and harassment and people using social media platforms for horrible activities.

Unfortunately, that happens, and it can get pretty ugly.

But we must not let the bad overshadow the good.

Twitter is still a great place to network and build relationships, and as I proved, even find a job.

As for me, I am still live tweeting Scandal on Thursday nights, and so is my boss.

The upcoming season will be the show’s last, so it will be our last for live tweeting, as well.

Debbie Johnson is a veteran communications professional with a background in public affairs, media relations and crisis management. When she's not working, she can be found reading a good novel, writing in her journals, or training for her upcoming marathon.

View all posts by Debbie Johnson