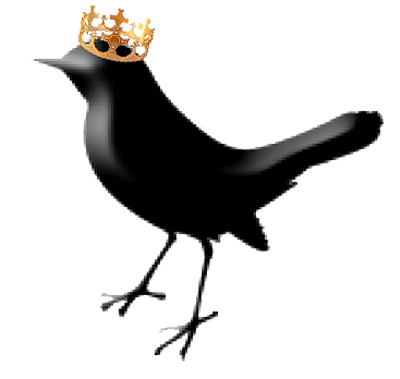 The Beast and I went for a run this morning (what can I say? It’s too dark to ride and waaaay too warm to be inside) and I listened to Mitch Joel and Mark Schaefer debate the Twitter elite on the Six Pixels of Separation podcast. If you have 40 minutes while exercising or commuting to work, I recommend you listen to it. As always, they debate professionally and with great respect for one another. It makes me heart them both even more.

When I started on Twitter, it was after I saw Robert Scoble speak at the PRSA Counselors Academy conference in May of 2007. I joined as BearsFan07 to really understand what it was Robert was talking about and to see if it really had any application to business. I was really terrible at Twitter. I didn’t get it at all. I couldn’t understand how people I didn’t know were texting me (yes, it was only text back then) about the Bears games. And I would respond, but without an @ reply, just respond…to the entire Twittersphere. I did not get it.

But then I decided it was time to take it seriously and I shut down BearsFan07 and grabbed my name sometime in 2008 (I think March?). And then I began to really get it. I started following people who had “CEO,” “entrepreneur,” “PR,” “Vistage,” “cyclist,” or “marketing” in their profile. I spent every Saturday morning following 100 people and choosing 10 of those people to engage with at some level.  To say I spent a lot of time curating my followers is putting it mildly. But that shouldn’t come as a big surprise – I’m obsessive about everything.

Some of the people I met in those very early days – Justin Brackett, Adrian Dayton, Mari Luangrath, Julio Varela, Kat Jaib, Rochel Roland, Shelly Kramer, and many, many others – have either become really good, in real life friends or people I would actually travel to meet. People I would NEVER have met without Twitter and without my policy of engaging with 10 people a week.

I totally get where Mitch is coming from when he says Twitter is like going to a bar, talking to all of the girls there, and being frustrated when none of them are interested in you. He says that’s what it’s like to follow a bunch of people on Twitter who either have no interest to you or you are not interesting to them.

And I agree with Mark that the way you behave on Twitter, what you tweet, who you follow, and whether or not your follower to following numbers are balanced creates a perception in people’s minds that you may or may not intend.

Solely going on the numbers alone (sorry, folks, I know numbers aren’t supposed to matter, but let’s not pretend they don’t) and the Twitter philosophy I discuss when I speak, Mitch is Twitter elite and Mark is wavering on extremely approachable.

Let’s say they both create, and provide, extremely valuable information for you. Who would you rather follow, if you could only follow one of them?

Thanks to Ken Burnett for the funny Twitter elite image