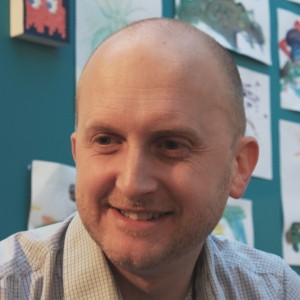 The Gutenberg Press changed everything.

(Stick with me here…)

Before its invention, only the extremely wealthy could afford scribes to record the written word for them.

Suddenly, the written word was available to a much greater portion of the population.

There was an explosion of ideas.

Pamphleteers could write their thoughts, get them printed, and share them with the world.

The Internet Changed Everything

(You can probably see where I’m going with this…)

Before its invention, only the extremely wealthy could afford to print, promote, and distribute their own newspapers. Suddenly, sharing the written word was available to a much greater portion of the population. There was an explosion of ideas. Bloggers could write their thoughts, publish them online, and share them with the world.

Media was modernized. And democratized.

As bloggers, we are used to the idea that we’re using a democratic platform accessible to just about anyone. We feel we have moved away from media ownership. I just wonder whether we are in danger of forgetting our ancestors have been here before.

We are already media owners of a sort. We own our blogs. We set the agenda and make editorial decisions. We determine which comments get published (if any), and reserve the right to pull the plug on the enterprise whenever we so choose.

In addition, thousands of the highest profile blogs we read every day are being incorporated into large media corporations, much the way smaller traditional media outlets were bought up and amalgamated in the past.

And while these corporations offer better distribution, promotion, and greater revenues from advertising, even with the best of intentions, corporate agendas do influence publishers, and that’s not ideal for either writers or readers.

So recently I’ve found myself obsessing over a single idea: What happens next?

My feeling is we will see the vast majority of readers consuming blogs that are owned directly or indirectly by new media empires. There will still be millions of independent blogs around, but each with very small circulations.

But it’s not what I want to see happen. I would like to see a more permanent democratization of media. I’m not sure what form that should take, but I am working with a team right now who are trying to figure it out (you can follow our efforts at Howwwl).

What do you think should happen next? Is there an alternative future to blog aggregation, or are new media corporations simply fulfilling a critical role in audience and revenue generation – just like they did with print? I’m looking forward to hearing from you in the comments.

Additional Note: Between print and the Internet there were, of course, other supposed ‘democratizing technologies,’ most notably the radio. If you’re interested in the topic, Tim Wu’s award-winning ‘The Master Switch’ is well worth a read.

Paul Mayze is co-founder of Howwwl.com, the new publishing and content discovery network. He was formerly COO of online game developer Monumental Games and has a background in technology communications. You can follow him on Twitter and connect with him on LinkedIn.