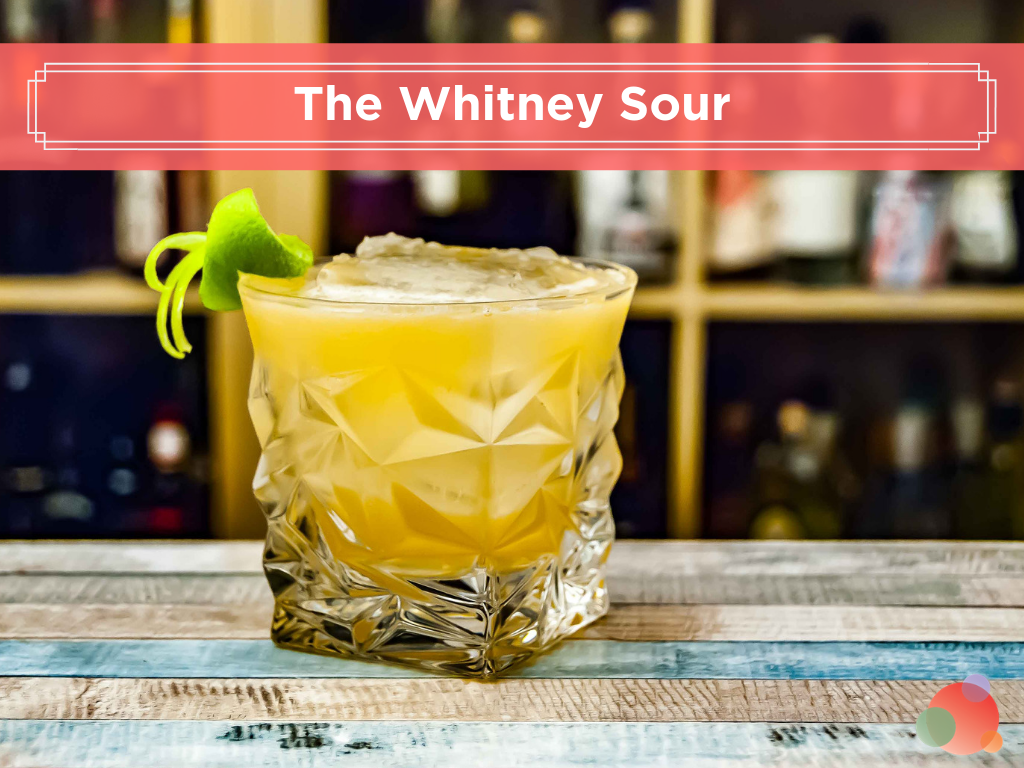 With Gini Dietrich taking some time off this week, she left me in charge of her weekly series, Gin and Topics.

I like to picture Gini getting a cold chill the moment we hit publish, as she suddenly sits up and wonders out loud, “What have I done?”

And since we can’t make a pun out of the word “gin” with my name, I took the liberty of changing the title.

I feel like this is my PSA where I say the only acceptable kind of whiskey is bourbon (don’t @ me) and with “whiskey” being so close to “Whitney,” no way I could call this post anything different.

Now, on with the show.

Today I’m subjecting all of you to five of my favorite videos on the internet.

These aren’t necessarily all new, and you might have seen them before.

But they’re videos I happen to love, with maybe a couple of new ones sprinkled in to boot.

Let’s get started with your first ever Whitney Sour.

You’ve likely seen this video plenty of times, but it absolutely never fails to get me laughing so hard my sides hurt.

Somehow, it came up in conversation between my husband, Mike, and me this week.

I think it deserves a viral video revival, so I’m including it here.

Pinky was featured as Pet of the Week for an animal shelter in the ’90s.

The local news planned on doing a segment with him to raise his chances of being adopted, but Pinky just wasn’t feeling it.

In fact, he transforms into…well, watch for yourself!

If you read the Spin Sucks Question post earlier today, you might have noticed my claim to be a champion binge watcher.

I love movies and TV shows.

And for as long as I can remember, I’m the type of person who becomes completely absorbed in whatever show I’m watching.

I get attached to characters like they’re my real friends.

I learn everything I can about the actors on the show.

It’s a Netflix show based on comics by Gerard Way of My Chemical Romance.

I cannot get enough of it.

I can’t get enough of the character named Klaus.

Yes, he might be addicted to drugs and homeless, but there is just something about him I completely fell in love with.

Watch the trailer and tell me you don’t think he’s adorable.

And if you have watched it, click this link. It’s my favorite scene in season one.

Sometimes when I daydream, it involves me with a group of people, spontaneously breaking out into some badass dance routine.

Everyone around us is in awe.

I slap a high five to some random watcher and make my way out the door when it’s over.

Never a word to be spoken.

Because that’s never going to happen in real life, I resort to watching dance crews on Youtube, and Brotherhood is my favorite.

They kill it every year with a new awesome routine, but I particularly love this one.

The skill this takes to be so in sync amazes me!

Plus, there’s no way I wouldn’t be on the floor gasping for air before it’s all said and done.

And this is why I’m a writer and not a dancer.

Make sure you watch until the end.

The last “contestant” is the best!

Give me all the episodes of Dateline to watch and I’m in heaven.

Over the years, there’s been a running joke about Dateline’s host, Keith Morrison.

The “oooohs” and “ahhhhs” he blurts out during the interviewee’s recounting of a tragic ordeal are jarring, because we’re left wondering, “Is Keith relishing in these details?”

Eventually Bill Hader parodied Morrison in one of my favorite SNL sketches.

Not only is Bill Hader one of the funniest people on the planet, he has a huge heart too.

In 2015 he made a cancer survivor’s wish come true by helping her prank her entire high school.

If that doesn’t make you love him, you can have a seat right next to the Grinch.

Godzilla: King of the Monsters

I have an older brother I’m extremely close to, and we’ve been like that since we were little.

Thanks to him, there is zero love lost for me when it comes to any sort of romantic movies.

Instead, I grew up loving the likes of the Predator, Xenomorphs, and Jaws.

Give me a creature feature any day over a romantic comedy.

Which is exactly why I’m so excited for the new Godzilla movie to premiere at the end of May.

This is the third trailer they’ve released.

It’s a bit shorter than the others, but I love the music.

Who knew “Somewhere Over the Rainbow” would be the perfect song to score in a monster movie trailer?

PS: I’m 100 percent rooting for the monsters over the people.

I want to see some of your favorite videos, and I don’t care how long they’ve been around.

If they make you laugh or smile, tell me so I can join in on the fun.

You can tell me in the comments down below or if  you’re part of our Spin Sucks community on Slack, tell me there.

I hope you guys have had as much fun as I did stepping in for Gini this week with the Whitney Sour, but in case it wasn’t your beverage of choice, and can’t wait to return to our regularly scheduled programming, rest assured.

We’ll be all back to normal next week.

As long as you keep in mind that “normal” is relative.

Photo by Johann Trasch on Unsplash