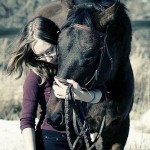 Social Media, William Robert Grove, and a Series of Tubes

In 1844, William Robert Grove articulated the law of conservation of energy: Energy can’t be created or destroyed, but it can change its form, like friction transforms the kinetic energy of a swinging pendulum into heat.

Human communication wasn’t forced into existence by an entrepreneur. Communication is as organic as the kinetic energy that powers a pendulum, and equally impossible to destroy. Social media is merely the latest in a series of pipelines (apologies to Ted Stevens) through which the energy of communication has been directed.

When you log in to Twitter, you’re asked “What are you doing?” not “What is the square root of nine?” Open questions that lead us to tell stories are nearly always compelling. From oral storytelling to handwritten manuscripts to printing to social media, each major evolution in human communication has involved a more efficient, innovative and accessible way to do the following:

Shout to a crowd. Homer told stories on a street corner; @sockington tells stories in 140 characters to 1.5 million followers.

Whisper to a friend. Storytellers have passed on family secrets through oral history for thousands of years. Today, every major social media tool offers private messaging.

Gather a following. In 1774, 109 printers served the American colonies; among their printing projects were leaflets that built a following for the patriots who became revolutionaries in 1776. Now, of course, the acquisition of a massive following is a key goal in social media.

Not only are the essentials of storytelling consistent over time, the stories themselves remain much the same.

In Juvenal’s first satire, written in the first century AD, he complains: “If then the great officers of state reckon up at the end of the year how much the dole brings in, how much it adds to their income, what shall we dependents do who, out of the self-same dole, have to find ourselves in coats and shoes, in bread and smoke at home?”

Would Juvenal’s words be out of place at a political protest in 2010?

Back to our initial three questions:

Was social media born? No. It’s just the pipeline through which age-old stories currently travel from storyteller to follower.

Does social media live? Not as a separate entity from the organic patterns of human communication.

Can social media die? No more than oral storytelling died when the printing press was invented. We’ll never Tweet our children to sleep instead of telling bedtime stories. Social media isn’t dying. It is, like all forms of communication, perpetually transforming and evolving.

Jelena Woehr is community coordinator for Associated Content by Yahoo!, but she has adopted the unofficial title of Self-Proclaimed VP of Snack Foods and Beast Snuggling at Arment Dietrich. She can be found on Twitter at @jelenawoehr or in Gini Dietrich’s kitchen as ‘Who is that strange woman pilfering my gourmet pasta and replacing it with banana bread?'”