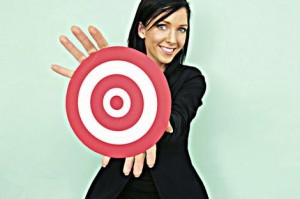 There is an older blog post (from January 2010) that keeps making the rounds via the web.

“A Rant About Women” by Clay Shirky is based on the premise that women are not self-promotional, which holds us back. He quotes a magazine editor who tells a friend of his that men promote themselves all the time, but women wait for people to take notice.

He goes on to say that, in order for us to be treated equally, we must be forceful and self-confident. He says:

It’s tempting to imagine that women could be forceful and self-confident without being arrogant or jerky, but that’s a false hope, because it’s other people who get to decide when they think you’re a jerk, and trying to stay under that threshold means giving those people veto power over your actions.

And therein lies the problem. When we act like men, we’re seen as the word that begins with a B… you know, another name for a female dog. But if we act like women, we’re not going to get ahead.

But even if we acted like men, had the self-confidence to be called mean names, and were forceful and self-promotional, there still is a glass ceiling.

I’ve written about how I had to create a fake personality for Charles Arment, my “business partner,” who doesn’t exist, in order to do business in the early stages of Arment Dietrich.

Charles was a great partner. He gave me negotiation power. Prospects took me seriously. And he didn’t exist.

I’ve always figured if you can’t fight the battle, join them and then have the last laugh. I beat the glass ceiling with my own Remington Steele.

But, at least online, the glass ceiling is beginning to be shattered. Not only does social media create a level playing field, women rule the roost (80 percent!) when it comes to purchase decisions (not a surprise) and brands are turning their attention to them.

Just Who Do You Think You’re Talking To? Owning Up To Women explored where women are hanging out online. It showed women spend more time on the social networks than men and they also spend 30 percent more time being social, connecting with brands, and buying. They’re also more likely to share their purchases online via sites such as Facebook and Pinterest.

In fact, women are nearly 80 percent more likely to buy something they saw on a social network than through any other channel.

This year, we’ve seen it all, especially with the election heating up. Call it the mommy wars, the war on women, “legitimate rape,” or whatever the latest and greatest non-PC, asinine comment is.

Whatever it is, this “rant” against women is setting all of us back 50 or more years.

Women rule the roost at home and they make most of the purchase decisions. While some companies are creating products specific for women (Bic Pens and Evernote for Women?), I’m not sure it has to go that far.

We’re not stupid. We don’t all like, need, or want things in pink. What we want, instead, is to be treated like intelligent human beings who make careful and thoughtful decisions about what we buy for our families.

Either you target us or you don’t. But whichever way you decide to market your products or services, discounting women – or target us in a condescending way – will only hurt your sales.

P.S. Mr. D called me a feminist the other day. After re-reading this, I guess I have to agree. I am a feminist! Hear me roar! Do you hear this Jenn Whinnem? Oh. And. A version of this first appeared on Search Engine People.