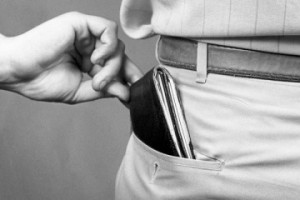 A couple of weeks ago, I was at dinner with Mr. D and our friend Matt Cermak. We talked about whether or not we thought Manti Te’o made up a fake girlfriend for publicity.

Typically the cynical one of the group, I took Te’o’s side stating I can understand how something like this happens.

I spend a lot of time online. I’ve made friends with people online and then met them in person and have been disappointed to learn their personas don’t match. And that’s minor. Making up an entirely fake profile? It can happen. I get it.

To have someone go to those lengths, though? To create a persona, “find” a Heisman finalist and potential first round NFL draft pick, and romance him into a long-distance relationship? That’s quite the elaborate prank. Imagine having to keep that one a secret.

Whether or not he was complicit in the hoax remains to be seen, but for now, I’m giving him the benefit of the doubt.

It Can Happen to You

It turns out you don’t have to be a famous college football player be pranked online.

You may remember a few weeks ago, Amy Vernon was featured here on #FollowFriday.

Take a look at the photo and introduction I used in that blog post: 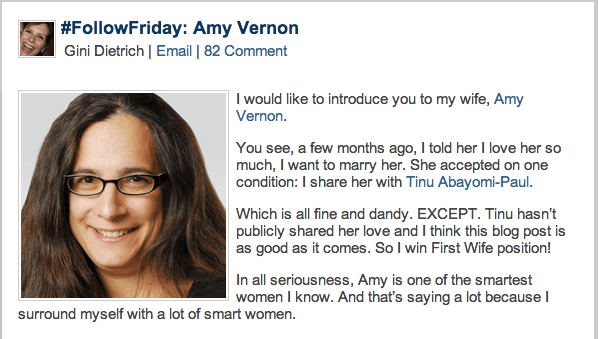 Now take a look at a Facebook profile Amy found of one Melissa Dugan: 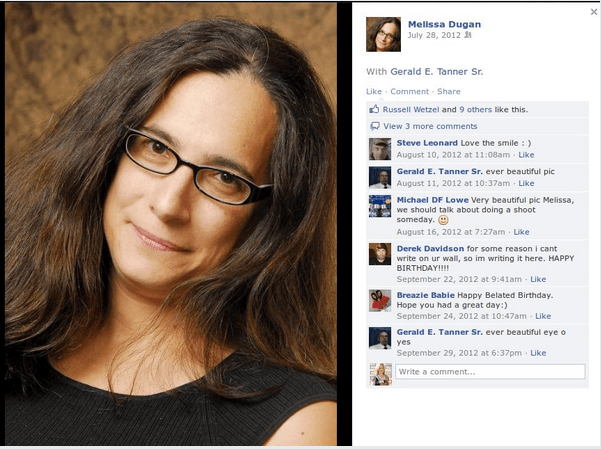 Look eerily familiar? It’s because it’s the same person. But Melissa doesn’t exist. Or perhaps she does and she doesn’t want to use her own photos so she stole those of Amy.

It doesn’t stop there. Melissa’s likes include guns, racist groups (even going as far as using really awful racial slurs), and Subway. Amy is the polar opposite (even claiming to like Blimpie’s instead of Subway).

Not only did she steal Amy’s photos, she said she was “with Gerald E. Tanner Sr” in her photo and he commented on it. Twice!

Who are these people?!

You can see this particular photo was posted in July, but all of this person’s photos from July on were of Amy: 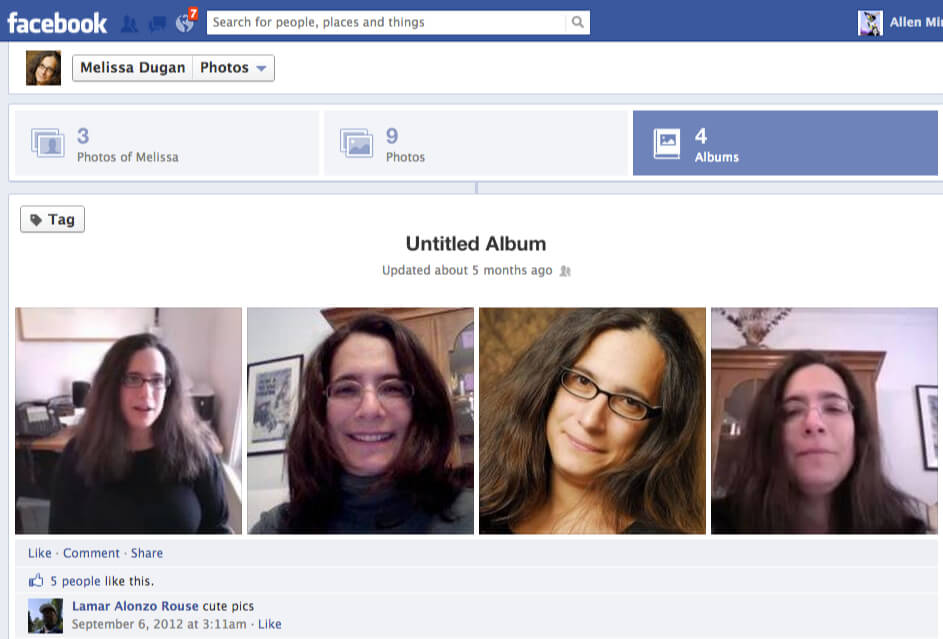 It took months for Amy to discover this had happened. In her own words, it’s not the end of the world. It’s just her face. They didn’t steal her name. But it’s shocking none-the-less.

She is lucky they didn’t steal her name or her credit cards or her social security number or her passwords. She immediately contacted Facebook and, while it took them several days to respond, they did remove Melissa Dugan’s profile.

But what if this person (or people) had done more than steal her photos?

It’s turning into a big business: Thieves stealing your online identity. Amy is extremely sophisticated and technologically savvy. If you want to get to her profile, you truly have to be her friend.

But many, many people use Facebook thinking only their friends can see their profiles so they post their birthday, names of family members, their home address, pet’s names, cars they’ve owned…in other words answers to the most common security questions a credit card company or bank will ask you before giving you online access to your accounts.

Armed with this kind of information, they then go to LinkedIn to learn more about your professional history. Then they go to Ancestry.com, create a fake account, and begin to pilfer through to see if they can find the Holy Grail of information about you: Your mother’s maiden name.

If you’re like Amy and someone only steals your photos, you can appeal directly to Facebook (or the social network where the offense happened). They aren’t exactly fast, but if you can prove you are who you say you are, they’ll remove the offender’s account…and not let them back on.

Make sure all of your settings are set up for friends only. You’ll want to check these settings at least once a month because Facebook is always messing with privacy.

But let’s say the theft is beyond your photo. Following are seven things you must do to protect yourself:

Even if it’s as “harmless” as someone stealing your photos or pretending to be your girlfriend long-distance, the betrayal felt is very real.

Has your identity ever been stolen? What tips would you add to this list?