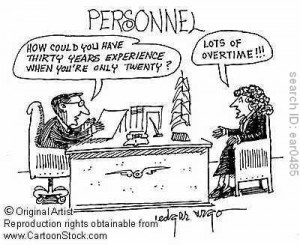 I was talking to a girlfriend this morning and she said, “I have a topic for your next newsletter!” I love getting feedback from my smart friends, so I was all ears. She suggested we discuss how to blur the personal and professional lines of social media, without looking like a jerk.

I said, “A ha! That’s a great blog topic! Writing it right now.”

Let’s start with the fact that, if you’re graduating from college or looking for a new job, potential employers always look at your social networks FIRST…before they decide to call you and schedule an interview.  Knowing that, are you immediately embarrassed as to what they might find? If the answer is yes, fix it. Fix it NOW!

Now think about the business relationships you have. Are you friends with them on Facebook? Do they follow you on Twitter? If they don’t yet, they will. Are you representing yourself, both personally and professionally, in the very best light possible?

I’m a communication professional and, by the nature of the beast, have a lot of friends who are reporters. I hear HORROR stories of how PR people treat reporters. Just a month ago, I had a Wall Street Journal reporter tell me that she is astounded that PR people never return her phone calls. I mean, it’s just the Journal; why would you want to return her calls?

Whenever someone tells me something like this, I always say, “I love it when other PR people make us look good.”  If you work at Arment Dietrich, you’d be fired, on the spot, for not returning phone calls or emails within 24 hours.

That being said, I have a reporter friend who told me he was trying to reach a PR person for a story he was working on…and he was on deadline. This particular PR person refused to answer his phone calls or return his emails. But then, three days after his initial call, she friended him on Facebook. Curious, he accepted the invite and was astounded to see that her page was full of not only business information, but also of her drunk photos from Friday night and, gasp!, swear words!

To make matters worse, he went to her Twitter stream and found that she was running around, playing hooky, instead of returning his phone calls and emails.

He didn’t tell me this, but I’m 99 percent positive he will never want to work with this woman again. She could end up being the CEO of the largest global company and he would refuse to ever include her in a story or write anything nice about her or the company for which she works.

This is a whole new world. How you represent yourself online cannot be any different than you act on your very best behavior. One thing that has not changed, even in this world of constant evolution, is first impressions last forever!