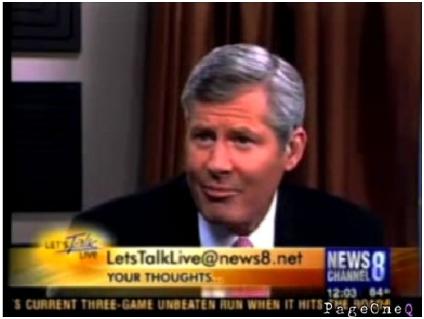 Michael Rogers, a blogger who was on NewsChannel 8 promoting “Outrage,” a new documentary on closet homosexual politicians and activists who “out them.” Rogers could barely get his promotional explanation out on what the video entails, which is the sole purpose he was invited on the show.

Doug McKelway, news anchor for NewsChannel 8, creates his own purpose of the documentary and what it’s about – spin? I think so. Not to mention he gives him the old “I’ll be waiting for you in the parking lot threat,” and refuses to apologize.