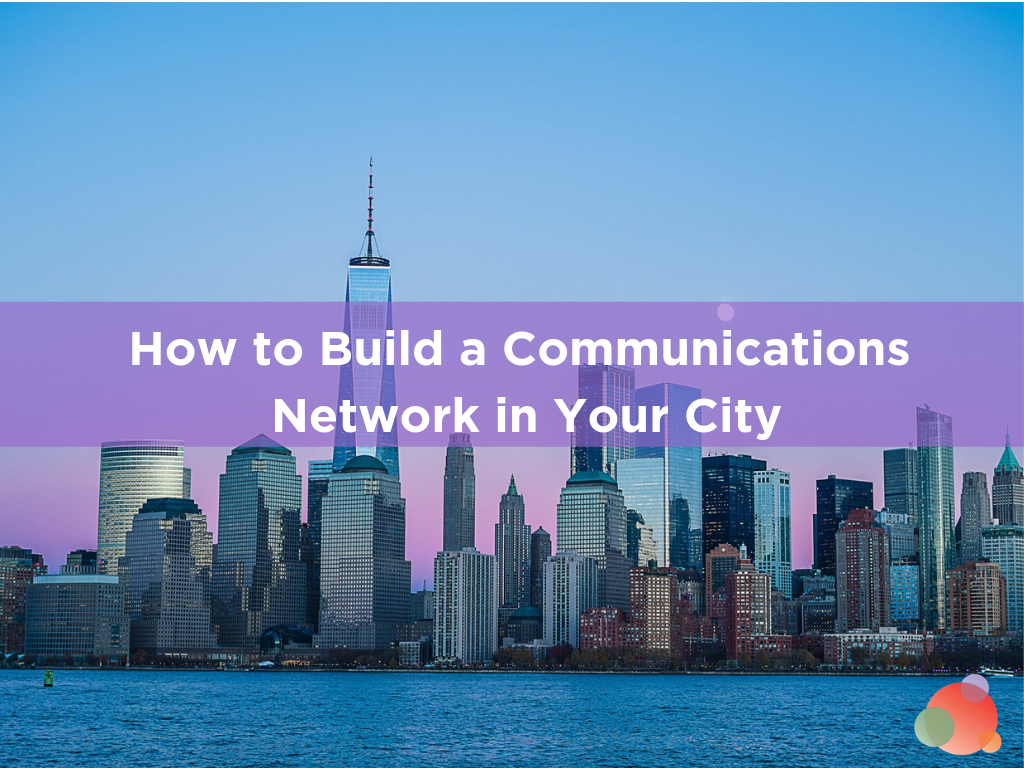 In June 2010, I found myself in a new city with no job, friends, or connections.

Determined to build a solid communications network—and fast—I dove into volunteering, freelancing photography services, and attending local events to get myself “out there”.

Eventually, I signed for a full-time role to lead public relations and communications strategy with a growing tech startup in town.

At the time, I was only in my late 20s, and I knew it was vital for me to expand my communications strategy knowledge.

The problem was, I couldn’t afford to join any of the national public relations associations.

So I did what any scrappy, financially-bound, aspiring communications leader would do and started attending their holiday parties.

It was the time of the year when everyone was in their most festive of spirits, and I figured they’d provide strong networking opportunities.

In December of 2011, just over a month into my new job, I signed up for three parties.

I didn’t know anyone, and I was a little nervous, but I realize now that fear eventually paid off.

The first event was OK, but I really didn’t get much use out of it.

The second event offered similar activities, but with a different audience, and in a different restaurant.

Again, using it for general networking felt awkward and forced.

My conversations were short and the followups were rare.

I couldn’t help feeling a little agitated as I got ready for the third event.

The good news is, the third event was a lot better.

As the networking time was coming to an end, I found myself lingering around the dessert table hoping to enjoy a few extra snacks (probably to curb my stress.)

And that’s when I met Dan Gamble, a fellow communications leader, who also worked in the tech startup space.

We were eventually asked to leave because the event was wrapping up, but our conversation was going so well.

So we, and a few others, relocated to the restaurant downstairs.

And our conversations kept coming back to our roles in communications and PR.

While many of us worked in different industries, we all shared similar goals, faced common challenges, and wished for better opportunities for our leaders and brands.

Following Up Breeds A New Family

Dan and I picked up our conversation again a few days later, and within a month, six of us went to dinner at the local pub to continue our chats.

Within a few months, we grew these simple networking dinners from two attendees to six, and then 11, until it became difficult to find restaurants that could accommodate our group.

And that’s when YVRPR, or Vancouver Public Relations, was born.

Finally, we’d found a fresh way to take all of that post-networking event chatter, and formalize it.

Rather than dinners, we decided to shift our meetings to monthly breakfast roundtables.

This worked for a few reasons.

We attracted proactive people who were willing to arrive for 7:30 am gatherings.

Plus, by asking our members to volunteer to host our meetings in their offices, we got to learn about many of the thriving companies that were growing in our own backyards (and we got tours, too!)

Our Communications Network Turns Into a Spider Web

Since we began YVRPR in 2011, it has continued to flourish.

While some members found us, others were direct referrals.

And many times, when a company would change communications leaders, we’d reach out and individually invite new hires to come out.

We knew that the more diversity we had in our group, the more variety we’d have in our discussions.

Many members were at various stages in their careers as well.

We were a trusted network of communications leaders who together, became a PR powerhouse.

Even job recruitment agencies were reaching out to try to partner with us and spread job awareness for roles they were looking to fill.

We’d also receive job postings from local companies looking to fill their PR roles, and we’d share the postings across our network.

I rather abruptly made the decision to move to a different city–Kitchener, Ontario.

Fearing that I’d lose my Vancouver-based communications network of over 150+ communications professionals, I had a few weeks to do something about it proactively.

So I decided to build a communications network just like it in my new home, the Kitchener-Waterloo region of Ontario.

First, I made a list of the largest and most dominant companies and industries in the the surrounding area. Then, I used LinkedIn to research who led their respective communications departments.

I also looked at recent media coverage to get the name of their spokesperson.

LinkedIn was a great resource for initially connecting with these leaders, too.

And that’s when the magic happened.

Once I started connecting with one or two people, they’d refer me to peers.

Many invited me for coffees and lunches, and would then introduce me to leaders within their own communications network.

In the eight months I have lived here, our new group, WRPR, or Waterloo Region Public Relations, has grown to nearly 60 members.

New leaders join us each week.

Our monthly meetings take place in host buildings which include our region’s largest and most profitable and well-known players.

The power of a communications network is strong, especially if you all share common goals.

Just this December, I saw an opportunity for the leaders of our region to contribute to a collaborative article.

We were asked to share a prediction of of where our business was heading in 2019.

Before I invited leaders to contribute (via the PR/comms leads who work with them), I pitched the local news outlet of our national media company, CBC, using a video-pitch.

I felt it was worth pre-gauging the reporter’s interest.

Plus, I promised to secure her 10 opinions from different regional CEOs or executive directors spanning various industries.

I figured if the leading technology companies knew what the local education system was up to, or the business leaders knew what the policy leaders and economic development teams were prioritizing, that would provide powerful intel for our region.

It was all so simple, too.

I opened up a Google Slide deck and asked each respective PR leader in our group to work with their team to draft and contribute a 2019 prediction.

Each leader had their own slide and could complete it at their convenience.

Within a few days, the deck had over 20 contributions.

And pitching the story back was as easy as sharing the deck with the reporter as a “view-only”document.

This way she could just pull quotes and the information she needed.

And instead of generating one article, the reporter posted three!

Each contained 2019 predictions from respective leaders across technology, policy, business, and education.

What made it even better is they all linked to each other.

Readers could finally understand what was going on in their own backyards:

The Waterloo region has incredible potential to grow.

And that’s where strong regional communications comes into play.

The more united our voices are, the more we can do to share aligned messaging that is strategic toward all of our member’s respective goals.

Hopefully, this story has inspired you to consider starting your own group in your own backyard.

I’m a big believer that if you wish something existed, to build it.

Don’t wait for someone else to do it.

And both groups are collaborative so there’s no charge for membership!

We believe the power of networking comes in sharing best practices and knowledge on the latest and most effective strategies.

How do you network? Have you started a meetup or other group? Tell us your experiences in the comments.

Photo by Jonathan Roger on Unsplash

Sandy Pell has led corporate communications and public relations for Canada’s high-growth, technology startups. Today, she’s at Vidyard, the new generation video platform for business, which boasts global leaders like Honeywell, Lenovo, LinkedIn, Sharp and others. She also led the public relations at Hootsuite, the social media management platform, during its transformation from garage startup to global enterprise leader. In 2014, Sandy was named one of Canada’s PR Top 30 Under 30 by PR in Canada, and one of the Top 20 TechWomen in Canada by the C100. In her spare time, she’s an avid cyclist, has co-founded YVRPR, a Vancouver-based public relations community with more than 150+ senior communications pros, and paints custom, large-scale, commercial murals.

View all posts by Sandy Pell