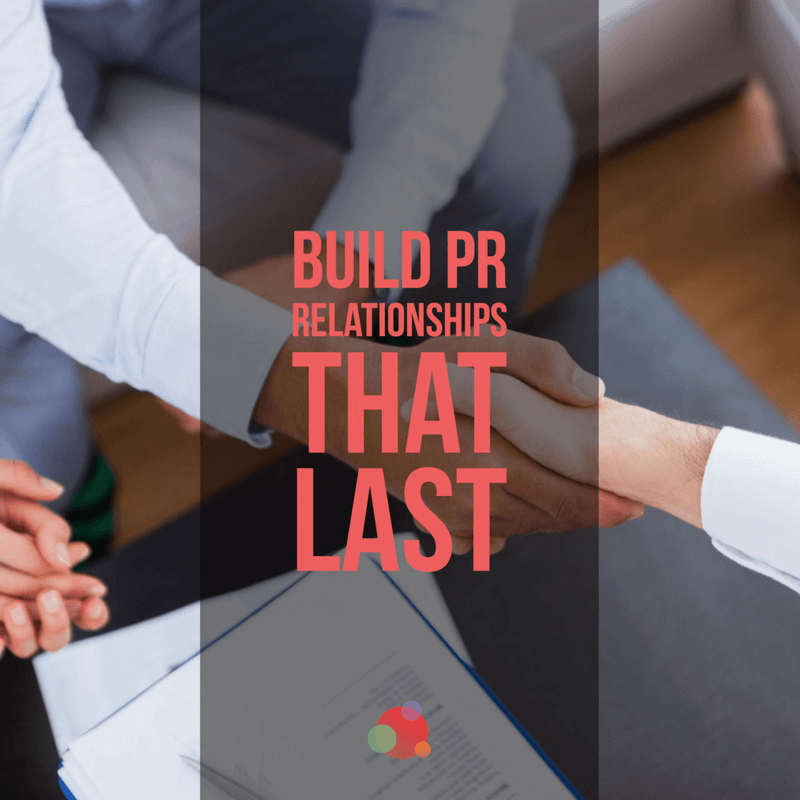 We live in an era of disruption.

The world spins faster than ever, with more and more shiny pennies trying to attract our eyes and consume our time.

When I started in this business in 1993 after five years in print journalism, I spent half-afternoons stuffing paper news releases into envelopes for mailing.

E-mail was a curiosity promised by the rising tide of AOL, CD-ROMs, and floppy disks (remember those?) that flooded our mailboxes.

Contacts who always were pitched by picking up the phone or in person.

That feels like the horse-and-buggy era of media relations.

A much simpler time.

Building Relationships Break through the Noise of Modern PR

They’re also expected to be content creators, telling the compelling stories of their clients and companies through infographics, video, brand journalism, and more.

It’s tough to make a one-on-one connection with media, social media influencers, and consumers through the cacophony of content noise.

But now more than ever, there is one killer PR app that carries over from that prehistoric age: Building relationships.

The “relations” portion of media relations.

Getting to know reporters on a human level can pay significant short- and long-term dividends for PR pros when trying to execute the PESO model of public relations.

Why Media Relations is Important

I learned the importance of building relationships through my childhood and teen years.

I grew up in a family of salesmen. My father sold steel for 35 years.

The other brother has sold lumber to home builders and contractors for 35 years.

I saw first-hand the importance of building relationships on a human level in sales.

My father knew the names of his clients’ kids and what hobbies and sports they enjoyed.

He and my mother went out to dinner at least once per week with clients and their spouses.

My dad remembered their birthdays and sent cards and flowers.

He played golf and attended local sporting events with clients.

It’s no different in PR; that ethos works.

Even in this world of apps and tech, PR is still a relationship business.

Media members are being asked to do four times as much work than in 1993.

But journalists, bloggers and social media influencers share one trait with their predecessors from 25 years ago and beyond: They’re human beings.

How to Build PR Relationships that Last

They remember those PR pros who have done their jobs well by providing concise, accurate information and access in a timely fashion.

But those who really stand out have performed the basics well and have made an effort to get to know media as something more than a catapult for publicity for their clients.

Taking the time to forge human relationships beyond Facebook likes, Instagram hearts, and Twitter retweets can help your pitches stand out from similar, well-crafted outreach from other media relations pros.

It takes time. It must be genuine.

And calling a reporter on deadline to talk about Lady Gaga’s Super Bowl halftime show isn’t the greatest idea.

But that extra effort has helped me forge strong personal bonds with sports and motorsports media—my primary area of work—over such diverse topics as rock music, the Paleo Diet and raising teenage kids.

Building relationships on a human level is just as important in PR as building a fact-filled infographic, measuring campaign metrics, using social media for targeted audiences, and writing a bright, tight news release.

None of those proper elements of a PESO model-based campaign will develop as much traction as possible without a foundation based on strong personal and professional relationships.

It’s important that media sources trust you and your work.

Even better when they know and like you as a human being.

View all posts by Paul Kelly