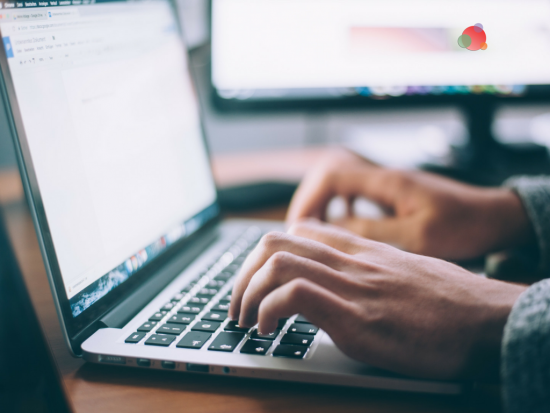 Years ago, a startup founder pitched me through LinkedIn.

I covered the story because it had a clear mission, the board was solid, and I thought his technology had disruptive potential if he played his cards right.

A year later, the entrepreneur strangely replied to one of our early email conversations with, “Hey.”

That was already weird, but I wrote back,”Hi, how’s your growth?”

Weeks went by without a response.

Then I got another email out of the blue where he asked, “Can I bribe you?”

I was shocked and speechless. He never offered a bribe the first time around, and I had covered his company.

Why offer one now?

I dug into his startup’s blog and social media—hardly anything was there!

I didn’t expect his content strategy to be so bad.

After all, his engagement strategy on social media was decent—at least on LinkedIn it was.

His comments there showed his willingness to engage with other comments, whether from other readers or me.

And he engaged before pitching, which many journalists appreciate, myself included.

Why didn’t his board of directors advise him to publish more articles on his nearly-empty blog?

He should have sought out opportunities as a guest on a podcast and then uploaded that media to his site.

Contrary to what many entrepreneurs believe, bragging and self-congratulating aren’t the basis of branded content you create yourself.

There are ways to tap into the needs of your community while also conveying the impression you’re a force to be reckoned with in your industry.

Whatever went down, the hare-brained bribe idea surely was his, not his board of directors’.

The board members were still the same from the year before, and no board would suggest bribery as a quick fix.

Content-savvy board members should steer you toward a strategy that’s balanced and consistent.

In most cases, a mix of:

But I get it, not all boards are content-savvy. And even the ones who are may be stronger in some areas, weaker in others.

DIY Public Relations: How to Get Continuous Earned Media

Around the time my article ran, he had succeeded in securing earned media due to his company’s mission.

(Overall, including my article, it wasn’t a ton of coverage.)

But to get continuous earned media, you need to give journalists news on your progress and growth, official and marquee partnerships, and truly disruptive product features.

Bribes can’t fix issues which truly need mending, like a founder not building his or her business!

Bribes are a huge threat to journalism and the public interest because most likely there is a sinister layer of manufactured ‘facts,’ which are unverifiable.

And if bribery were the norm, the highest bidder would always get the most press in that hellish scenario.

Before I continue, let’s be clear that what the founder emailed wasn’t DIY public relations or otherwise.

DIY public relations, as Gini Dietrich tells us, is something a company can handle.

However, for most businesses, it’s not a smart use of time.

If you don’t have the budget for PR services on retainer, ask if a project is an option.

It sure beats creating a hot mess because you didn’t know what you were doing.

If you use all four PESO components working as one engine, it packs a powerful punch for good PR and storytelling.

A skilled PR person saves you time by refining bullet points to catch attention, making sure content output is consistent and preparing you for the moment when a journalist shows interest in your story.

Those are just some examples.

Assuming you’re willing to create content on top of your daily startup grind, and your story is worth following, experienced PR can do wonders.

What Should the Startup Founder Have Done Differently?

In this specific case, what could have been a good story became a sad one.

What could he have done differently? What was he doing for an entire year?

It’s possible he felt he needed a surge in new customers to make it easier to write or to get on podcasts, or strike up a video collaboration.

This may seem like a normal sequence if you’re new to PR and content, but it is not normal.

Either that or he dreaded content creation, so he emailed me his bad proposal to try to “solve” that.

Or maybe an exit is what he had in mind.

For many startups, an exit is the endgame, the dream, the more zeroes on the check, the better.

A founder might spend a lot of energy working towards an exit, but they won’t admit to it.

If this was where his energy was, he could have still curated content.

What else should he have done differently?

If relationships can help jumpstart the PESO model, he could have pursued consultations until he connected to a PR pro in his niche.

Consultations are often free; enough of them and you’ll eventually cross paths with the right fit.

PR agencies love when a new win is complementary to their existing client roster, or even better, in their exact wheelhouse.

This could have led to some positives, like being a guest on a video show or podcast, or generation of micro-content such as tweets (refer to Spin Sucks and look up the “S” in PESO).

Even if he was trying to exit and his time for content was shortened because of it, he could have used newsjacking to keep podcast appearances short and sweet, all the while staying on-message to the right potential buyers.

But his DIY public relations—what he did, or didn’t do—resulted in nothing.

Alex Yong is based out of Manhattan and interviews business luminaries one-on-one in the style of Charlie Rose. He covers local press meets held by Facebook, LinkedIn, as well as, Android unveilings. He worked with Radio FCN at Citigroup for five years feeding CNBC and financial wires. A PR industry watcher since 2012, he teaches organic social media to solo PR professionals and is one of 17 ambassadors for Cheddar TV. Alex was named a Top 50 Influencer by Cision North America in its 2015 “Rich Media” Twitter experts list, which included Gini Dietrich.

View all posts by Alex Yong