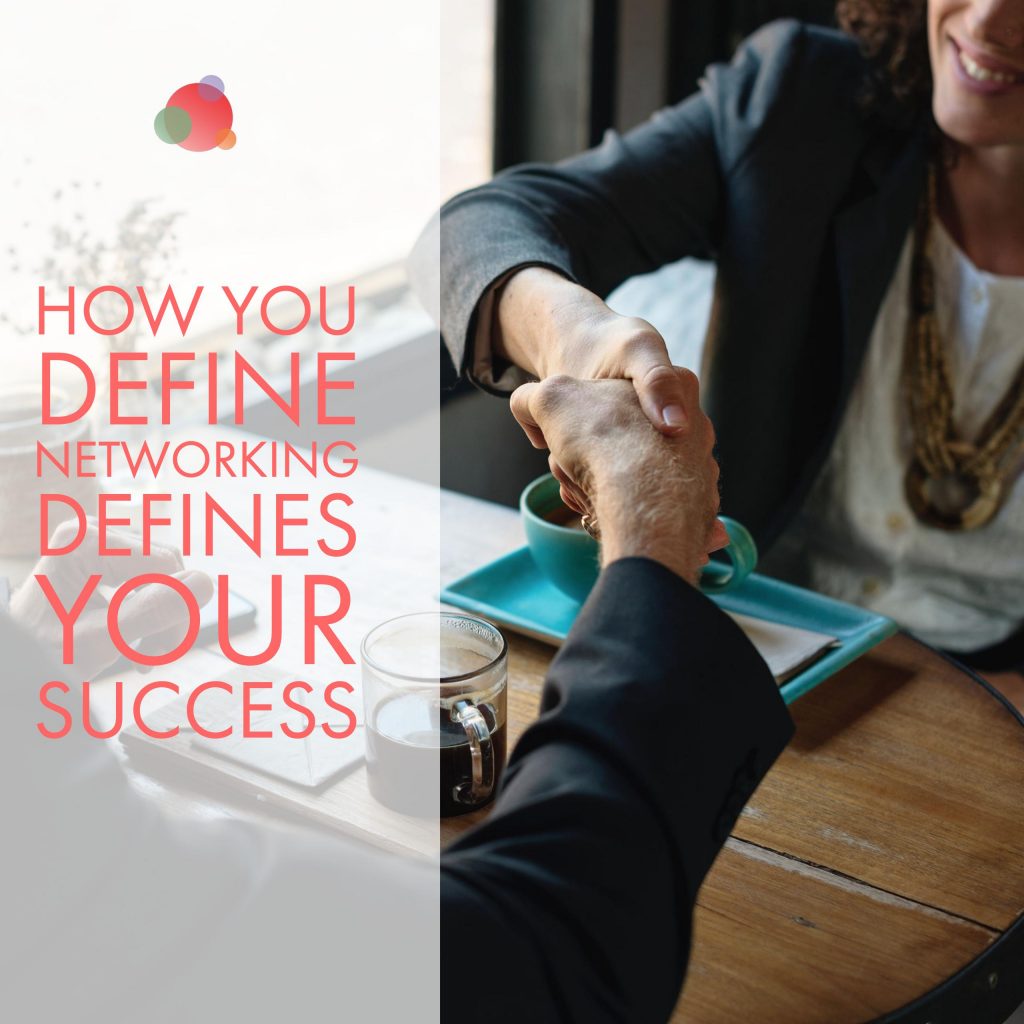 Are you tired of the networking articles that tell you to connect with the rich and powerful to get value from your network?

Does it seem completely inauthentic and skeevy?

Do you use it as just another reason why you shouldn’t waste time building your network?

I call this the “American Idol” approach to networking.

It makes it seem like the only way you can be successful is if you can get the “Simon” in your field to like you.

The idea that networking is about meeting influential people and befriending them is not only incorrect; it’s harmful to careers.

It keeps people from starting and cultivating the real relationships that drive career growth and success.

How You Define Networking Defines Your Success

What is a network? Is it:

I’m going to suggest the answer is B, no matter the experts who seem to think your networking should be all about connecting with “important” contacts.

So many people (maybe even you) hate networking because they have this image foisted upon them by authors and speakers that say they “should fake it until they make it.”

They should pretend to be a mover and shaker so they can meet the influential people who are going to catapult their careers to the next level.

And then, because this feels dirty and inauthentic and is almost entirely ineffective, people stop putting any effort into building a vibrant network.

And then their career growth suffers.

I don’t want that to happen to you.

Here’s what you have to realize: Influential people aren’t waiting around to make new friends they can propel to success.

They are usually doing the things that made them influential in the first place.

Their networks are already full, and so are their calendars.

So breaking into either of these is hard.

Especially when you might not have much to offer them in return.

But this is OK.

We have to understand there isn’t a magic gatekeeper who holds the key to our success.

We think all we need to be successful is access and exposure at the highest level.

The logical progression from this thought is we need to find influencers who already have that access and exposure and just glom on to them.

But that doesn’t work.

First, as we mentioned, these are hard connections to establish.

Those prominent in your field already have people clamoring for their attention.

This makes it hard to break through.

Secondly, though, that’s just not how you get successful.

We need to get out of this “American Idol” approach to life and business.

To think there is one person who holds the keys to your career success and all you need to do is make them like you is simplistic and incorrect.

We like it, though, because we’ve heard a story of someone who made friends with a powerful person and they were off to the races.

But we don’t know any of the other backstory (usually way more complicated), and it sounds a lot faster and easier than putting the work in, day-in and day out.

Even worse, there are well-known figures in many industries who market their influence.

They make it seem like they have the secret and they’re willing to be your friend.

All you need to do to be in their club is pay them. (This is the dark side of affiliate marketing.)

Instead of taking moonshots and only approaching the most powerful people you can find, how about connecting with a much broader group of people?

There’s nothing wrong with trying to “punch up a few weight classes.”

But if you just started a consulting firm, maybe trying to network with the CEOs of the Fortune 100 isn’t the place to start.

Find people who are on your level.

If you think this is a dead end, you don’t get the power of networking.

As you grow in your career, guess who else will?

In fact, while networking can help your career development, it can also help your networking partners grow in their careers.

And as the saying goes, “A rising tide raises all ships.”

Almost every VP and person in the C-suite in my network wasn’t there when I met them.

But during the past few decades, I have built relationships and trust naturally and organically.

Even though they have more authority and influence now, they are still ready to respond to me at any point.

That’s the power of relationships.

Does this mean it’s impossible to network with important people?

There are still valuable connections you can make with leaders in your field.

Many of them are approachable and want to help others succeed.

But don’t sit around thinking that having the one perfect connection will do all of the work for you.

That’s not how networking works.

Connect with a broad group of people, look for ways to help them, and they’ll help you in return.