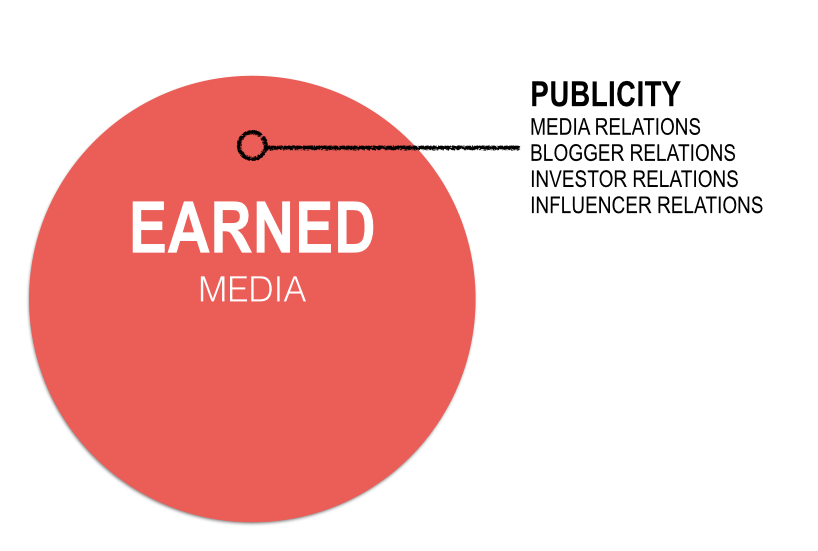 I was recently at the PR Week Awards when a large agency winner was announced.

The announcer read this, “Agency name bought more than $200 million in ads this year.”

As the room filled with polite applause, I thought three things:

Now, don’t get me wrong. I’m not suggesting PR should be locked into the same, tight little silos the industry was in 20 years ago.

In fact, one of PR’s big mistakes was not taking ownership of web content when it had the chance. Today’s PR is about strategy, execution, and more, but I worry that many have given up on what used to be a core strategy—how to earn media.

Opportunities to earn media are greater than ever before—especially on the digital side and with video content.

Significantly, 74 percent of them will post or link to the entire video.

This provides an unequaled opportunity for direct communication of the entire PR or marketing message to consumers.

So why aren’t communicators trying to take full advantage of these opportunities when they earn media?

For agencies, there’s a fear of a project fail that could damage a client relationship; there aren’t many media outlets that will say “no” to a $200 million ad buy or brand integration effort.

On the flip side, “no” is the most common reaction when trying to pitch a story to a cynical journalist; it takes creative ideas, good stories, and a strong media team to earn media that will help organizations achieve their business and marketing goals.

Increasingly, it takes well thought-out and produced video content. Earning digital coverage has to be part of the fiber of your organization.

Earn Media by Learning the Rules

It’s also important to build trust with the digital journalists you work with.

Lack of trust has been an obstacle in how to earn media across all platforms.

It showed up in the results of the Media Influencer Report.

Fewer than half of the digital media respondents felt they often or always received content with the proper disclosure.

You might be surprised to find out that 69 percent of the digital journalists said proper disclosure would make them more likely to consider using the content.

PR people need to learn the rules or work with people who do.

So now I’m thinking ahead to the next industry award program I attend.

I’m imagining that I hear it said that the winning company had a great strategy, developed creative content, and engaged journalists and consumers in sharing and publishing that content.

They used a core tenet of PR to earn media and it is award-winning work helped to build their brand and achieve business objectives.

That would be worthy of an award.

What’s there to be afraid of?

image: The “E” in the Spin Sucks PESO Model

View all posts by Doug Simon