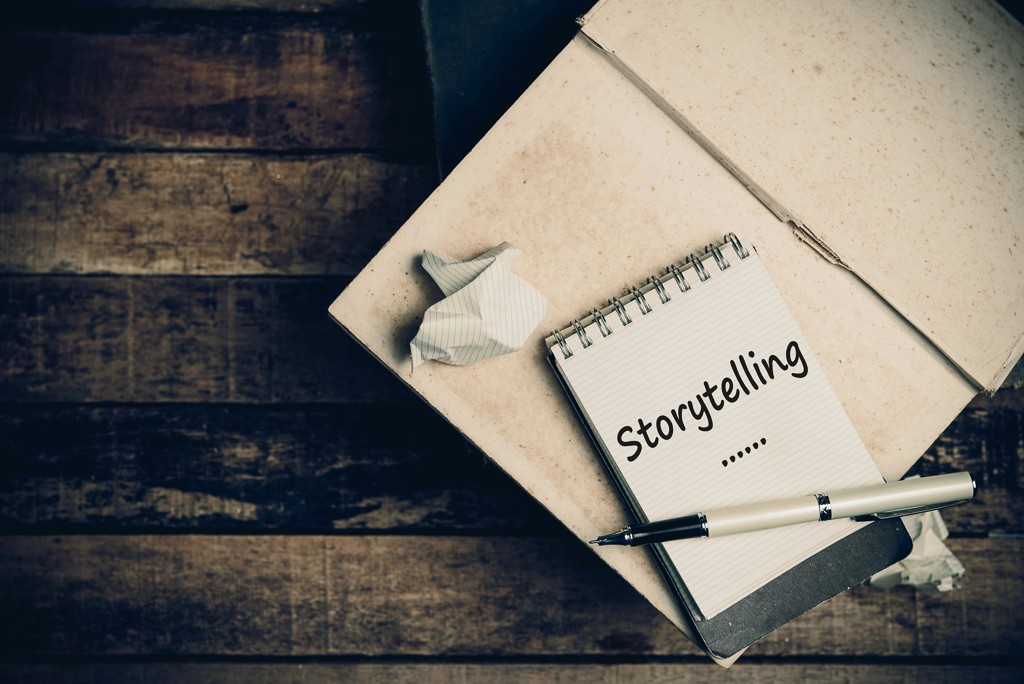 He said sit down, your stories suck.

The barriers to access content across multiple channels and platforms have never been lower, as digital devices and the increasing complexity of smartphones ushers in a new age of always-on connectivity.

When it comes to the content we consume, there’s been much debate surrounding audience attention span online.

Recent figures reveal the shocking truth: We’ve devolved into a race of people with only a nine second attention span.

I recently spoke to Robert McKee, a storytelling legend who boasts more than 60 Oscar-winning graduates from his Story Seminars.

Robert comments on the incessant nature of modern society, remarking that it’s not so much a shrinking attention span as it is an abbreviated tolerance span—we simply don’t put up with things as much as we used to.

When we lay these truths bare, what emerges should resonate with us all: Providing value to our audience is no longer good enough.

The Game Has Changed

Marketers regularly publish content so valuable that 12 months ago it would have been sold on a website.

Let me stress: It’s not that our content isn’t good enough.

In some cases we deliver exceptional content, but it’s clear that, across the board, we need to raise our game.

The level of intrigue, curiosity, and emotional engagement created throughout our audiences’ experience must be thrust to the forefront of our minds.

There’s so much competition for recognition in today’s society; to cut through the noise, we must combine time, thought, and creativity to craft strategic and coordinated content.

We need to start thinking more like entertainers and tap into the perennial success of these great artists and visionaries.

Lessons From the Best Storytelling Authorities In the World

In Hollywood, an average of 1,000 scripts will be read and discarded by junior script readers before one is earmarked for production.

Imagine a world in which marketers dedicated the same level of quality assurance checks to their blogs or articles.

The internet would be a much less congested place to hang out, right?

As these worlds collide, professional marketers are going to start competing more and more with content producers from other worlds; in many cases, they’re light years ahead of us.

Where do we start?

Focus on becoming a better storyteller.

Our lives are, in essence, a collection of stories used to derive meaning and share experiences with others.

The majority of our potential teachers are not from the world of marketing.

Robert McKee has devoted his life to Story and he says

We’re hard wired as humans to make sense of the world with Story—it’s our software for making sense of life.

So, if professional storytellers from other worlds—Hollywood screenwriters or stand-up comedians—ran our marketing departments, what would they do differently to produce content that resonates with and enchants people?

What can we learn from these masters?

For months now, I’ve been interviewing and analyzing some of the best storytellers in the world (podcast called Getting Goosebumps: The Power of Storytelling) to discover some incredibly valuable lessons about the power and influence of effective storytelling.

Randy Olson is an expert on using the ABT structure for storytelling.

It’s a universal structure that can be seen in the most famous movies of all time.

ABT consists of a single sentence structured with the connector words “and,” “but,” and “therefore.”

The first act is the introduction.

“And” is the word of exposition, which tells people you’re laying the story out, in preparation for the inciting incident.

The second act he calls the method and results, or  the journey.

The word “but” becomes a catalyst  for sparking the journey, as it contradicts and engages the narrative centres of the viewer’s brain.

The third and final act evolves naturally out of these components: audience discussion.

South park creator Trey Parker uses the ‘rule of replacing’ for each episode, replacing the word “and” with either “but” or “therefore” to enhance the story by adding conflict with a conclusion.

So, as a universal structure, it’s a lesson worth implementing.

Emotion is the side effect of change.

To make an audience feel something, there must be change within the story.

People are afraid of the negatives in life, but they are what should be used to build an effective and emotional story.

It’s a common mistake made by executives to assume that widespread audiences identify solely with success.

The fundamental essence of great storytelling lies in taking your audience through the journey of a relatable character.

People relate to stories of everyday heroes, particularly the ups, downs, and obstacles that challenge and test our protagonists along the way.

The key is not to brag, not to promise, but to portray the corporation as a company that is struggling against powerful forces, trying to make the world a better place.

As far as marketing legend Seth Godin is concerned, marketing has become less about what you’re making, and more about the stories you’re telling…and it’s safe to say he knows his stuff!

Stories help us to create meaning for people, which helps us grow and evolve in the ever-changing online world of marketing.

Seth emphasized the stories we tell need to be relatable, so the audience feels as though they’re part of the journey.

To do that, we must develop a sense of empathy with our audience.

We can’t evoke emotion from them without understanding different segments of their everyday lives.

What’s the ultimate goal as a storyteller?

Hollywood story master Michael Hauge boldly stated the ultimate goal is to elicit emotion from the audience…and rightly so.

If your audience doesn’t feel anything, you can’t expect them to move into action.

So, an effective way to make an audience feel something is by giving them characters that are faced with a challenge.

When you’re telling a story, there should be an everyday hero who changes the course of the story and perseveres through each problem they encounter.

An inspiring, somewhat unlikely hero helps the audience to become the character on a psychological level, which encourages them to root for that character and develop a sense of empathy.

The customer shouldn’t be in the story themselves, but they should feel connected to the character emotionally.

Audiences, just like consumers, need to be taken on a journey with a character (or company) in order to see how their life can improve after experiencing your brand or product.

When it comes to keeping an audience engaged in your stories, Oren Klaff has mastered the process.

He uses cognitive psychology, which helps persuade an audience that your story is worth hearing.

In his book, Pitch Anything, he reveals in-depth how the mind works in regards to status.

To really hold someone’s attention and be taken seriously, it’s essential to manufacture status for ourselves.

So, whether it’s a pitch or a website, you must convey a high status for yourself.

The higher it appears, the harder you can sell and the more attention people will pay.

But how did we do this?

If you’re starting at low status, you must present yourself or your brand as something valuable.

So, it’s all about finding that balance.

Stand-up comedians such as Billy Connelly are pros at captivating their audience with a story, and most importantly, evoking an emotional response.

Nested loops are an effective method, which involves telling a number of stories and finally completing them at the end.

So, by starting a new story before finishing off the other, the audience are left waiting for more to follow.

They’re subconsciously left in a state of anticipation and are curious to know what the ending will be.

The point is, they’re hanging on the every word of the storyteller!

Blake Snyder’s Beat Sheet is an adaptable plot structure template which works for a number of different types of storytelling.

Originally designed for screenplay, it breaks down storytelling into three specific acts.

In Act One, the audience see the normal, undisrupted everyday life of the protagonist.

This act sets the atmosphere for the audience, provoking them to stay engaged with the rest of the story.

Following the first act, it’s time for some change!

Act Two is where the protagonist’s world is turned upside down.

It’s broken into two parts, heading towards the midpoint and down to the climax.

After the midpoint, the journey towards the climax begins.

There is usually an unexpected obstacle, withholding the protagonist from moving forward.

Finally, Act Three is where it all comes together.

We typically see two outcomes: The protagonist has a profound realization or defeats any obstacles.

The final act is the events leading up to the climax, and then the climax itself.

So, the ending contrasts with the opening scene or image, showing the audience the journey the character has gone through.

Each of these creative geniuses shares a common expertise in the effectiveness of their storytelling and their ability to spellbind and captivate audiences.

It’s the job of the modern marketer to look to other inspiring creatives for motivation within our own field.

Only by surveying the landscape of successful storytellers can one expect to hone their craft and, hopefully, walk away with new insights that often appear hidden beneath the long shadow of our subjective, marketing psyche.

If you can weave the universal truths of story into your work, I’m confident you will be amazed at the ease with which you enchant and captivate others.

Bryan Adams is CEO of Liverpool’s award-winning digital agency Ph.Creative and author of Getting Goosebumps. A strong leader with a background in communications, Bryan is a social media addict and inbound marketing strategist with a passion for contagious content and disruptive ideas.

View all posts by Bryan Adams