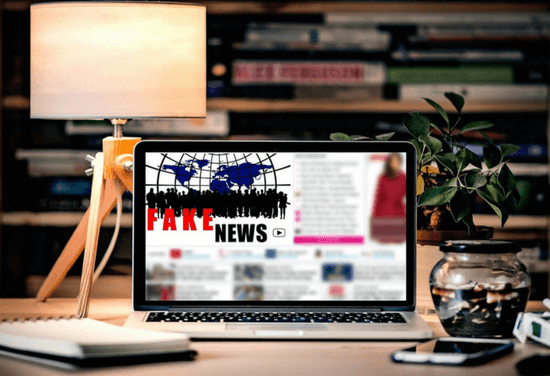 Election season has come and (thankfully) gone, but the threat of fake news is still very real.

U.S. Director of National Intelligence James Clapper warns that fake news is “a grave concern” to national security, but the problem reaches beyond politics and into media and culture.

Pardon the doom and gloom, but the possibility of a “post-factual world” should be setting off supersonic alarm bells for PR pros in every industry.

Before social media, fake news was mostly a nonstarter.

Agenda-driven reporting is nothing new, but slander laws and ethics standards generally protected us from outright untruths.

In early December, a man carrying an assault rifle walked into a family-friendly pizzeria in Washington D.C. and fired shots.

He was there to “self-investigate” a conspiracy theory that accused Hillary Clinton and her campaign manager, John Podesta, of running a child sex slave operation out of the pizzeria.

Instigated by a false news article, the story had spread through social media .

The restaurant’s owner, its employees, and even their children had already been subjected to death threats and online harassment before the incident.

The PR Response to Fake News

So what can PR pros do?

How can we protect a neighborhood pizza shop whose online reviews include accusations such as,

The boom in fake news sites has stupefied traditional media.

It’s also created a whole new kind of brand disaster—one beyond the experience of even seasoned crisis managers.

The PR remedy to fake news is still evolving, but you can count on a few key strategies to safeguard you and your organizations.

Fake news is our new reality, and addressing it should be part of any comprehensive PR or crisis management plan.

These five strategies should be your jumping off point, but don’t stop here.

Fake news is a new beast, so keep an eye out for case studies, blogs and articles with more information in the future.

Unfortunately, you never know who will be the next victim.

Allison Symonds is a PR Associate and Content Specialist at A.wordsmith, a boutique PR firm in Portland, Oregon that specializes in thought leadership and brand storytelling. Allison guides both B2B and consumer clients in thought-ware content strategy, media outreach, and the written word. She recently co-authored 100 Things to Do in Portland, OR Before You Die,, which explores some of the city's most notable, notorious, and unique hot spots.

View all posts by Allison Symonds