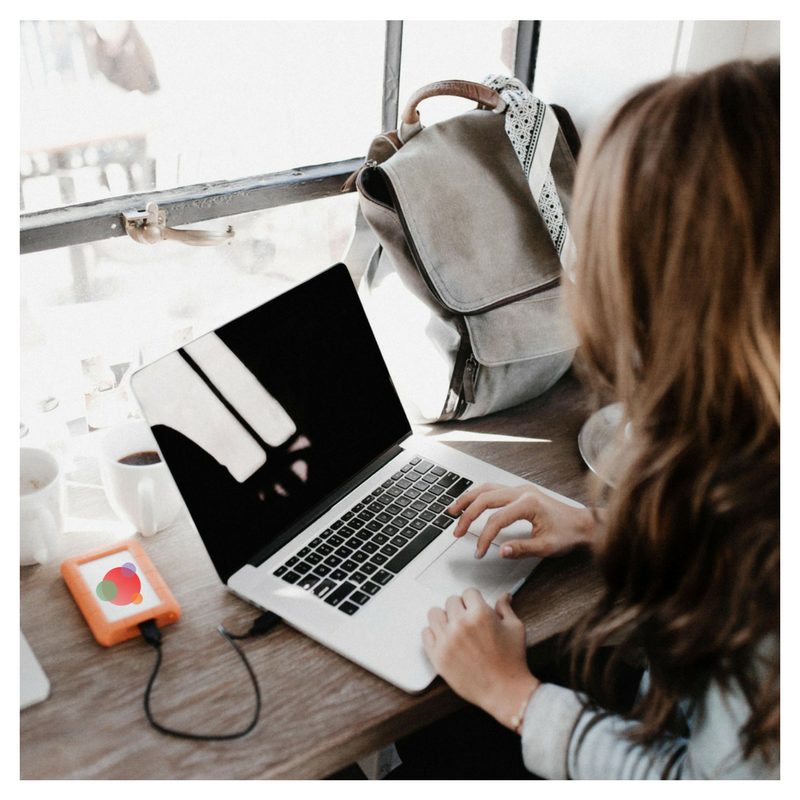 When I quit my job a few months short of my 20-year anniversary in May 2014, I had ideas about how my life would go.

Although the ideas were pretty vague at the time, the options seemed limitless: Get a different “traditional” job that made my heart happier.

Or perhaps put together a combination of part-time or short-term assignments to contribute to the family’s bottom line.

The “limitless” part went out the window three weeks later when my father-in-law developed medical complications and moved in with us.

The “different traditional job” was out too.

And anything I took on would have to be something I could do from home unless I secured supervision for him.

I took on one contractor position with a digital book marketing agency in October 2014, and added one with a B2B newsletter production company in January 2017.

According to Intuit, 43 percent of the workforce will consist of contingent workers by 2020, so I am not alone.

If you are already a primarily on-demand worker otherwise known as solopreneur, perhaps these characteristics of the on-demand life will sound familiar to you.

If you are considering leaving the traditional workplace to “be more flexible,” do yourself a favor and think it through first.

If your fantasy of being a solopreneur involves sunbeams streaming in through your window as you gently wake up to a new day, coffee brewing as you do a few vinyasas, and an unlimited expanse of hours ahead of you in which to produce, you might want to revise your expectations.

Being a solopreneur demands more discipline than I ever had to muster in a traditional job.

My situation was a little different because I had my father-in-law’s care needs to attend to throughout the day, which could be unpredictable.

But it is awfully easy to go down the Facebook rabbit hole, get engrossed in organizing your closet (I just said that one as a hypothetical—one look at my house and you can tell I don’t procrastinate by cleaning!), or fritter away your time in five-minute segments until you find yourself at 10 p.m., scrambling to finish your work for the day.

No Work, No Pay

In addition to the challenge of disciplining yourself, there is the fact that you only get paid literally when you work.

(Sorry, Laura Petrolino, but you have to agree the “literally” applies here!)

This is not the case for all solopreneuers but for many of us (when we are being honest on our time management systems).

If we are away from our work to walk to the end of the driveway and check the mail, on the phone with a friend planning the weekend’s movie excursion, or in the restroom, we aren’t on the clock.

I think back on all the conversations I had at my previous traditional job, the kinds of conversations that go from “Hey, did you sign off on that report?” and digress before you know it into the next running race you have planned or your three-year-old’s Peppa Pig party plans, using 10 minutes of time you are being paid for.

We had entire birthday parties and bridal showers on the clock.

For me, one situation is different than the other because one is project-based (I work at my own pace) and one is newsroom-style (defined, specific deadlines with other people counting on me to finish my work before they can do theirs).

While I am grateful for both positions, I know myself well enough now to know that in general, I do better with the newsroom-style deadlines.

When You Are Sick

This one took me a while to catch on to when I began as a solopreneur.

On the one hand, if you are the kind of sick where your co-workers in a traditional office would run you out of the office for fear of being infected, being a solopreneur is AWESOME because you can work from home without getting anyone else sick.

BUT a week of the flu or a medical procedure, even if it is relatively minor, can put a hit on your earnings.

…or Want to Take Time Off

When my father-in-law was diagnosed with terminal cancer, I informed one of my on-demand jobs (the one that is rigidly scheduled) that at some point I would have to take a few days to set up funeral arrangements and “herd family members.”

Of course they understood, and of course we needed to have our priorities straight as a family and celebrate his life/handle logistics.

But it’s hard not to worry about lost hours and the fact that there’s almost always someone ready and prepared to take your place.

(SIDE NOTE: Life is funny. I worried so much about time away from that job and the need to ask for relief on short notice.

Despite several false alarm notices in which I told my coordinator, “I feel like it could be any day now,” he passed away early in the morning on a Sunday (i.e., no work missed) and his funeral was at 2:30 on a weekday.

I didn’t miss a single hour. Maybe there’s a different lesson there around worries that never materialize!)

I told a friend recently that I live in fear of breaking my hand. I do.

There is little about either of my contractor jobs that I could do without the ability to type.

For one of them, I could do some voice activated dictation, but the other one definitely demands my hands.

I read recently about a woman who couldn’t use her eyes for three months (THREE MONTHS) because she scratched her cornea in a freak accident.

It had to be patched, and because the patched eye still tried to track when she used her other eye, she was in excruciating pain every time she tried to read.

As a Solopreneur You Have to Do Some Math

Ask any solopreneur what it felt like to stare at their computer screen at tax time, realizing they didn’t pay enough estimated income taxes (or any at all) how it felt, and you’ll hear a sad story.

Get your bookkeeping ducks in a row early on; it will prevent pain in the future.

But on the other hand, There’s the flexibility

Being a solopreneur gives you the distinct advantage of going to the grocery store in the middle of the day, when it is not crowded at all and no one is hangry and dragging along their hangry kids after work.

You can also pick up and leave for any destination you want (pretty much) without having to get leave forms signed off on triplicate.

I have been able to do quite a few blogger events because I was able to say, “Yes, I can be there Wednesday through Friday” (or whatever).

I can take naps in the middle of the day (yay!).

Your Place in the Bigger Picture of the Workforce Economy

When businesses have to make fiscal and organizational decisions, solopreneurs are more dispensable.

Less has been invested monetarily, the contracting is less constrictive.

It is important to be prepared for variable hours.

As you can see, there are pros, there are cons, and there is more preparation needed than you may anticipate.

…..I still would have leapt.