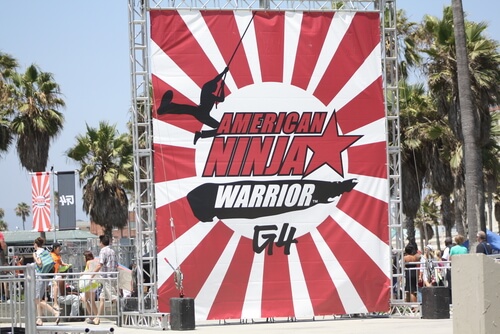 When most people think of “spin” they think of the conventional, public relations sense where a team of account managers and executives try really, really hard to keep the general public and their perceptions on a leash.

But spin doesn’t just exist in that realm.

In fact, it’s happening at this very moment, all over the world, to any one with a business card or a name on their door.

One of the subtlest ways to keep perception on a leash?

Titles. Names. Bylines on an email signature. Words on a resume. Positions listed on a LinkedIn profile.

You know, the very muted, quick, and almost mindless ways in which we tell people, “Hey! This is what I do! This is the kind of person I am! These are my abilities!”

You may be a smart and capable leader, but there are some things that don’t come inherently with your title.

For example, just because you’re a CEO and have the ability to head a company doesn’t mean you can deliver a keynote and effectively address your 5,000 employees.

However, what DOES come with your title is a fan base that consists of those 5,000 employees who will passively nod and say “yes, of course sir, your speech was incredible,” simply because you sign their checks.

Ultimately, there’s no one in the CEO’s corner telling him how to pick up the slack, simply because it’s assumed he doesn’t need anyone to.

In order to paint a prettier picture about names, perception, and what they really mean, let’s talk about a piece of very highly regarded culture… reality television.

American Ninja Warrior is a TV show in which athletes complete a series of insanely difficult obstacle courses for a cash prize and national recognition as the “American Ninja Warrior.” It’s an addictive show that will make you “ooh” and “ahh” at the athletic spectacle, and also feel guilty for sitting on your living room couch, drinking a beer and waiting for your pizza to arrive.

That being said, I have no issue with the nature of the show itself.

In fact, I’ve spent many nights sitting on my living room couch, completely engrossed by (and envious of) the sheer athleticism of the contestants.

Rather, my bone to pick here is with the actual title of “American Ninja Warrior,” and the subconscious messages it gives both the audience and the contestants.

A show which features grown men and women flexing their muscles in adult sized jungle gyms requires a flashy name for the sake of entertainment.

Most importantly, saying, “I’m the American Ninja Warrior” is a lot more exciting for the winner to say, as opposed to “I am the best at the adult-sized jungle gyms.”

But I’ve refused to simply “ooh” and “ahh” at the show’s spectacular and passively accept that it’s named after the most ferocious, well-trained and agile humans in the world—ninjas and warriors.

The engrained communicator in me, who knows no separation between the office and the living room couch, looks skeptically at a show such as American Ninja Warrior and has a crap ton of questions about it’s overzealous name and the message that it indirectly conveys to viewers and participants of the game.

Put it this way:

Hey, NINJA, would you comfortably infiltrate a covert organization that the government of feudal Japan finds threatening? Have you ever assassinated someone? What’s your opinion on espionage? Do you have metal stars strapped in a leather pouch on your back? Who trained you? Do you even know what I’m referring to, NINJA.

The competitors on this show keep being addressed as ninjas and warriors. This title makes them feel infallible and powerful, despite its inaccuracy.

Titles are Flashy, but Don’t Always Tell the Story

Much like the CEO giving a keynote, these ninja warriors don’t have anyone in their corner telling them that they’re not actually ninjas or warriors (gasp!).

This is seen over and over again. It doesn’t matter if it’s national television or the corporate world. Sometimes, titles don’t necessarily reflect who we are or what we do.

Put it this way:

Hey, chief innovation officer, do you strive to constantly inspire your staff to think outside of the box? Do you provide realistic yet innovative solutions to your company’s day-to-day problems? Are you truly the chief of all innovation?

Titles are important to establish the intricate web of bodies and positions needed in any company, and the connotations associated with them are important to distinguish power between, let’s say, an intern and account manager.

Much like American Ninja Warrior needs a flashy name, titles in the corporate world are important, too.

However it’s equally important that we continually reflect upon our titles, both internally and with our co-workers, to ensure that we can actually stand up to our titles.

No matter what your title—American Ninja Warrior or chief financial officer—you should remain humble enough to seek a subjective opinion on the things that you may not be the best at.

It’s important to remain transparent and honest in your actions, and not let your fans, whether that be your 5,000 employees or the entire studio audience, make you feel so powerful and infallible, you see no room for improvement.

Brian is on faculty at Northwestern University and is the founder of SquarePlanet Presentations. He's a sought after coach of TED speakers, Shark Tankers and business leaders.

View all posts by Brian Burkhart