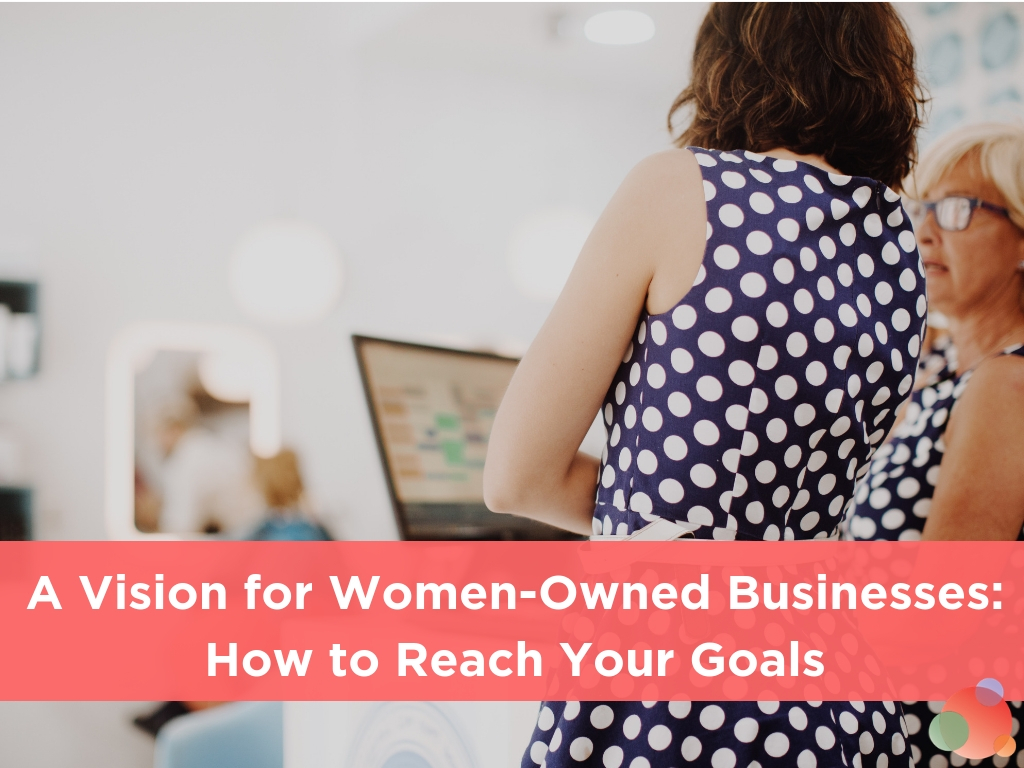 You likely saw some amazing profiles throughout the week, but as this is a community of communications professionals I thought I’d highlight a few greats of our own.

Let me just tell you what’s got me so peeved.

Pull up a chair.

What the Statistics Say About Women-Owned Businesses

Did you know that out of all the women-owned businesses in the U.S. not even two percent generate $1 million in revenue?

Despite women accounting for 39 percent of the 28 million small businesses, only 1.7 percent attain that three-comma status.

Not. Even. Two percent.

And notably, women of color founded 64 percent of those new businesses according to Women’s Business Enterprise National Council (WBENC).

This is indeed something to celebrate.

However, they account for only four percent of the nation’s business revenues–a share that has remained steady for 20 years.

Let me say that again for the people in the back.

The share of revenue generated by women-owned businesses in the U.S. has not changed in 20 years.

Listen, I don’t know about you, but 20 years ago I was wearing flannel shirts and listening to Nirvana and Pearl Jam.

Oh… well, I guess that hasn’t really changed either.

(Yeah, remember 1999? Women-owned businesses haven’t made revenue progress since before there were iPods.)

We can and need to do better than this to lift up women-owned businesses.

Now, several factors go into why women-owned businesses tend to be smaller, and even a majority are single-employee organizations:

I don’t know what I can personally do about that last bit, but I can certainly suggest ways of changing some of the above factors.

How More Women Can Reach $1 Million in Revenue

To help women reach this million dollar milestone for themselves support is needed in several areas.

It can be a lonely road, but it doesn’t have to be.

Entrepreneurship is scary and lonely enough.

Well-known leaders such as Rand Fishkin of Moz and Brad Feld of 37Signals have spoken publicly about their bouts fighting depression and loneliness.

One of the ways to combat this downward spiral can be to seek out and remain active within peer groups.

Whether you find solace in online groups or can manage to make it to networking events (yes, in real life), we all need trusted communities to turn to for advice and support along the way.

What better place to go than to a group of peers who understand the issues you’re facing every day on their journey?

Online—I’ve found Facebook groups particularly helpful as a way to bounce ideas off of other agency owners.

You’ll likely need to join several groups so you can get insight on a wide range of topics.

For example, I’m in a Female Founders Community group, the Women in MarTech group, one specific to HubSpot partner agency founders, and quite literally… a hundred more business-related groups.

They each serve a particular need and have been a great source of support both technically and emotionally over the years.

Although maybe don’t join 100 groups—I’ll be first to admit that’s a bit much.

Just like children, it takes a village to raise a business.

Every successful founder has a trusted network of specialists behind the scenes supporting them.

These are accountants, lawyers, experts in financial planning, hiring, sales, marketing, and more.

Reaching a revenue goal to the tune of one million dollars takes careful planning on multiple fronts,.

It’s imperative to build a trusted network of experts—specialists with proven track records.

But how do you know who you’re looking for, you ask?

“Timesheets are the best,” said no one ever.

No one likes them, especially me, but taking just one week to document what you’re spending your time on hour-by-hour will go a long way toward scaling future growth.

So, after you’ve documented how you’re spending your time review the week and decide where each task falls:

Then decide which should really be handed off to someone.

This is so you can spend your time on the last bucket—the things only you as a founder can do.

Find a way to get the rest off your plate as soon a possible.

These are all great options for outsourcing tasks you’re either not good at or that doesn’t serve the business by having you spend your time on it.

I often joke that I went to “art school” for a reason, and it’s why I stopped doing my own bookkeeping and accounting ages ago.

But there’s some truth to that.

It doesn’t serve my clients or me having my nose in Quickbooks for hours.

A monthly P&L is pretty much all I need, and since hiring our current accountant, I’ve never been more excited about taxes and bookkeeping in my life!

Seek Out Expert Advice and Mentorship

Mentorship plays a considerable part in predicting who will hit that coveted 5-year mark in business, and who will be on the losing end of the standard 50/50 percent stat.

According to a study from KPMG, a whopping 67 percent of women said they needed more support to build confidence and feel like they can become leaders.

Spoiler alert: women need to ask other women to be their mentor.

We need to stop thinking we don’t have enough experience to mentor.

I’ve fallen into the latter trap until recently, when I was asked by a younger agency founder if they could hire me as a coach.

Naturally I was flattered, and honestly, my initial thought to myself was: “is she crazy”?

But of course she isn’t.

I’ve got 20 years under my belt and tons of mistakes to help her avoid.

It’s been incredibly rewarding for both of us.

So whether you find a mentor or hire a coach, never stop learning and seeking out those who’ve been down the path you wish to travel.

We all need coaches, whether it’s Gini Dietrich hiring a cycling coach to kick her butt every week, or me hiring a sales coach to push me to improve my pipeline.

I promise the money won’t go to waste.

The Network Effect on Women

The network effect has an even more significant impact on women.

Taking the earlier point of communities even further, the benefits for women of connecting with professional networks and resources is key to our advancement across all fields.

According to a study by the University of Notre Dame and Northwestern University, women who have a solid support group of other women are more likely to attain high-ranking leadership positions.

In fact, they found that more than 75 percent of high-ranking women had strong ties to a female-dominated inner circle.

That said, seek out organizations such as Women in Digital, Women in MarTech, WBENC, SBA, Ladies Get Paid, and others that resonate with you.

Many are free or charge a nominal fee.

Plus, I find you get way more value from these highly focused networking groups than when they charge.

Also keep in mind that as you grow, who you surround yourself with will also need to shift accordingly.

Early on in my business, local Meetups served a great purpose, but I personally found them lacking after a year or so.

Onward Towards Our Goal

Maybe… hopefully, by International Women’s Day 2020, we’ll have put a dent in that 20-year-old revenue mark.

I can’t make any promises about changing my musical taste, though.

Are you an entrepreneur? Share your tips about how you were able to achieve or exceed your goals?

Photo by Jenny Marvin on Unsplash

In my 20 years’ experience in digital marketing, website UX/UI, graphic design, and strategy, I’ve helped small businesses and Fortune 50 corporations alike grow their reach and increase conversions. Today, I’m leveraging my successful track record to help 1,000 women-owned businesses generate $1 million in revenue whether it's their first million or their next.

View all posts by Christine Mortensen