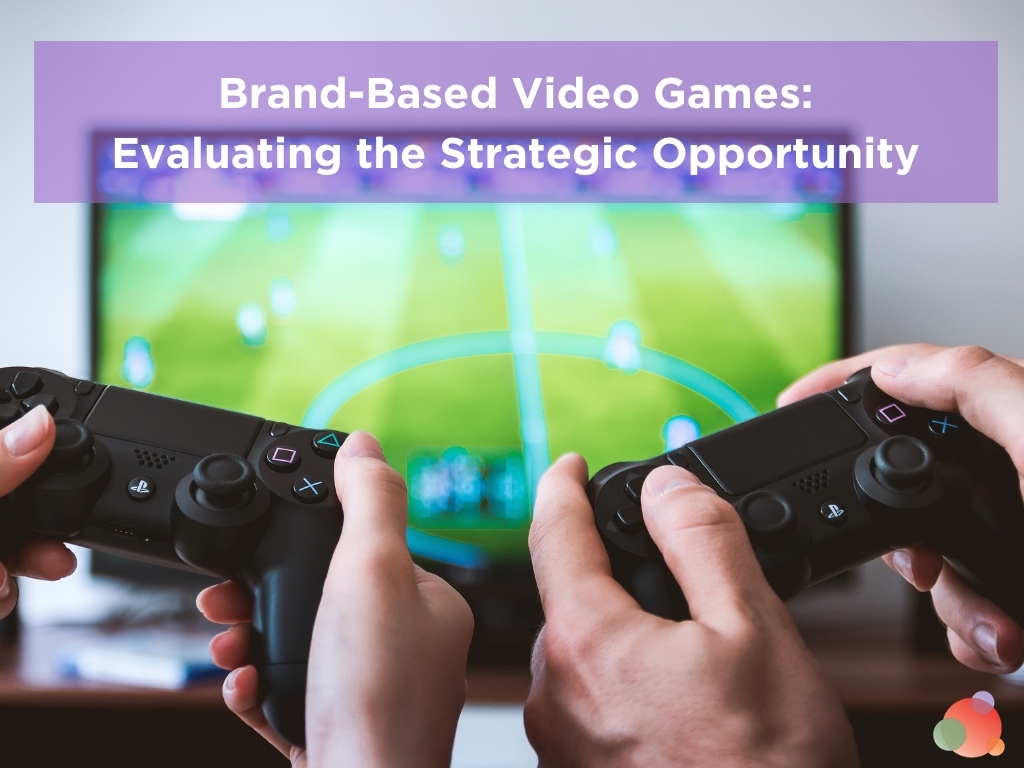 According to the Global Games Market report, there are 2.2 billion active gamers worldwide.

And in North America, video games generated $27 billion in revenue in 2017, while the Asia-Pacific region generated $51.2 billion.

A huge segment of the world plays video games. And the profile of a “gamer” no longer fits the nerd stereotype of the 80s and 90s.

The growth of the gaming industry and diversity of playstyles and interests shows that anyone can be (and probably will be) a gamer.

But for business leaders and marketers, video games can represent an opportunity to build an interactive portal into their brands.

These portals can be designed to appeal to specific demographics and take a variety of forms, from a retro-style gaming product to an immerse virtual reality experience.

Innovations in technology are driving much of this opportunity.

But this space is mature enough to glean a set of best practices for how to approach, evaluate, develop, and deploy brand-based games.

In this article, we’ll explore high-level opportunities for brand-based video games and a framework for how your brand should think about video games.

What Brand-Based Video Games Can Do

Previous successes in this space include Burger King selling 3.2 million units of their Xbox games, leading to a 40 percent boost in profits according to BusinessWeek.

In a different space, the U.S. military developed America’s Army at the cost of only .25 percent (note the decimal point; it’s important) of their $4 billion recruiting budget (Zeller).

And one of the game’s creators, Mike Zyda, says the game was “the most cost-effective thing the Army has ever done in recruiting” (Quirk).

In more recent times, Kim Kardashian: Hollywood, a mobile game from the reality television star, has generated $160 million in revenue and 45 million downloads, according to Forbes.

And their Twitch channel has over 120,000 subscribers and more than 15 million views.

These are examples of mega successes of brand-based games.

And in the short time since launching these efforts, the gaming industry has evolved and expanded to enable even more brand-based gaming experiences.

Broadly speaking, a video game can serve as a vehicle for any of the following (independently or in combination):

Like any good marketing campaign, the benefits of deploying a brand-based video game are many.

But they also support the significant investment in the company’s King-focused ad campaign.

They created a larger-than-life character to represent the personality of the brand.

And the series of games featuring him as a playable character gives fans a way to engage with him directly.

The television commercials were entertaining, but the game itself meant active brand participation.

When it turned out that the games were actually fun, both collectors and gamers flocked to Burger King locations to buy the games.

That enthusiasm, in addition to generating game sales, also began a viral conversation around the Burger King brand. And  that level of excitement and interest is difficult to create.

But because the video games had good design and integration into the larger marketing strategy, Burger King was able to generate several million earned impressions and made good money in the process.

The scale of the Burger King campaign can seem prohibitive at first glance—that’s a lot of money and a lot of risk.

But, a brand-based game can find success with a much smaller budget and a very narrow audience.

Boston Scientific, a medical device manufacturer, was seeing a decline in event engagement.

Expos and tradeshows were a cornerstone of their sales strategy, but market shifts meant that selling this way was becoming difficult.

Even though they still saw their target audience (surgeons, primarily) attending these events, prospects stopping at the booth were too few.

So they asked our studio to find a new and fun way to generate attention at events.

To stand out in a sea of vendors, Boston Scientific developed a retro-styled representation of one of their tools—a device used to remove plaque in cardiovascular procedures.

They set up the game in a custom arcade cabinet, complete with buttons and joysticks, and tied the game to a leaderboard display at the booth and on the event website.

The game, Plaq-man, was a hit.

Surgeons stopped to play and compete, and the gameplay itself stimulated fruitful sales conversations.

In terms of scope and development costs, Plaq-man is much smaller than the Burger King series, but it was the right fit for the audience and the goal. And that’s what matters.

Although the opportunity is huge, it’s not without risk. Developing an engaging, captivating gaming experience is a challenge.

And many brands who attempt to capture the momentum of gaming to achieve marketing goals, ultimately fail.

In some cases, the games just weren’t fun. And in many instances, the concept itself didn’t align with marketing goals.

So before you design a game, clarify what you want it to accomplish.

Then, you can marry mechanics with audience demographics to drive players towards that goal.

The variety of options at your disposal are expansive. Here are some examples:

Goal: Encourage your global audience to engage with each other locally to deepen brand relationships and build community.

Game: An augmented reality game where players build and tag virtual monuments where they live and work. Players can visit and contribute to each other’s monuments. And when fans travel, they can see how big the fan community is by exploring the physical and virtual world simultaneously.

Goal: Generate funds and awareness for a cause-related marketing campaign.

Game: A retro-style game featuring simple, accessible controls bringing the cause to life with beautiful pixel art. Available on PC, Xbox, PlayStation, and Switch. It’s revenue generator, but the jewel of the campaign is a cartridge-based special edition.

Game: A casual mobile game using friendly gameplay (like a tap-runner or a match-3 game) but leveraging Instagram influencers (featured as characters) to drive engagement. Players can customize avatars and join communities led by their favorite influencers. These activations drive social sharing, moving fans to your website and incentivizing high-traffic influencers to link to relevant pages on your site.

You can accomplish any of these goals using multiple game concepts, but go with what makes the most sense for your brand. Your audience can help guide the design and deployment process.

Next Steps for Your Brand

Development costs for a brand-based game can be quite manageable and lightweight in some applications.

But you would waste even a small budget if the game isn’t getting support from other, more traditional brand vehicles.

In all these examples, the game was a thoughtful part of  the whole strategy.

So just as you’d keep all your advertising and social media messages on brand, you should also look at the video game as a piece of the larger puzzle.

If you decide to develop a brand-based video game which is deeply strategic, you’ll be more likely to tap into the major rewards of a game-driven world.

Photo by JESHOOTS.COM on Unsplash

View all posts by Marshal Carper