Do you run ads on your website? If so, Google just made a major ad blocker announcement that affects you.

Beginning in July, Chrome will launch its own ad blocker to clamp down on sites that repeatedly engage in “disruptive” advertising.

That means brands have until this summer to review the ads on their websites.

And if you are running any ads which violate Google’s new standards, you’ll need to update or remove them accordingly. Otherwise, you can expect to lose out on traffic and revenue.

So now you’re asking, why is Google doing this? Which kinds of ads pass muster under the new ad blocker, and which don’t?

In this post, I’ll review all of this and more.

Ads are a necessary part of the online experience. Google gets that.

Many content creators, publications, and websites use ads to fund their work so they can provide their content to users for free.

What isn’t necessary, however, are ads that are intrusive and annoying.

We’re talking about ads that unexpectedly start blaring music, or force you to sit through a 10-second interstitial before viewing the content.

These kinds of ads are universally hated. People don’t click on them, and they come to resent brands who force viewers to experience them.

And it is because so many websites invest in these types of ads that frustrated and fed up users are turning to ad blockers to remove them.

Now, they can enjoy a hassle-free online experience—even if that comes at the expense of brands whose content they consume.

In a 2017 survey of people who use ad blockers, some of the most popular reasons respondents gave for using them include:

An earlier 2016 survey from Google reported similar findings.  It found 69 percent of respondents chose to install ad blockers because of annoying or intrusive ads.

And even worse, exactly half said they would not return to or recommend a website with pop-up ads.

That’s certainly a considerable risk for brands to take.

Over 30 percent of internet users now use ad blockers.

Taking a look at the past five years of ad blocker user data suggests this trend won’t’ be slowing down anytime soon: 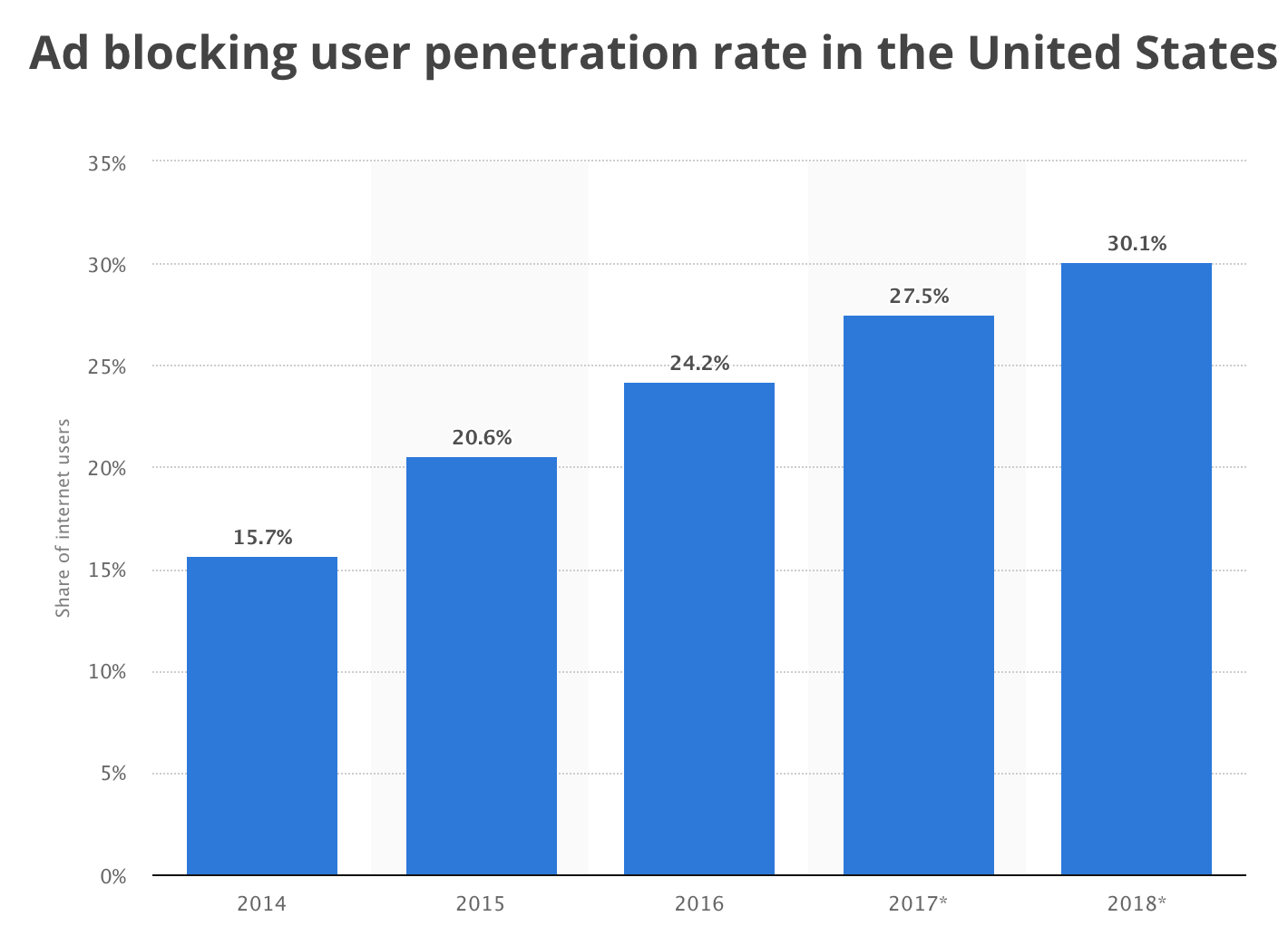 What This Means for You

When too many people use ad blockers, websites suffer—and so do users.

When ads are relevant and non-intrusive, they can be helpful for users, notifying them of something that may interest them.

And that’s when the user will click on the ad, enabling brands to earn revenue and retain their traffic.

But on the other hand, ads which are noisy and spammy are bad for everyone.

That’s why Google chose to develop its own ad blocker within Google Chrome. Their goal was “building a better web for everyone.”

On July 9th, 2019, it will expand worldwide to “stop showing all ads on sites in any country that repeatedly display these disruptive ads.”

But why should you care?  Well, maybe because Chrome is currently the world’s most popular browser, with 62 percent of market share worldwide.

That’s over four times higher than Safari, which is the next most popular browser. 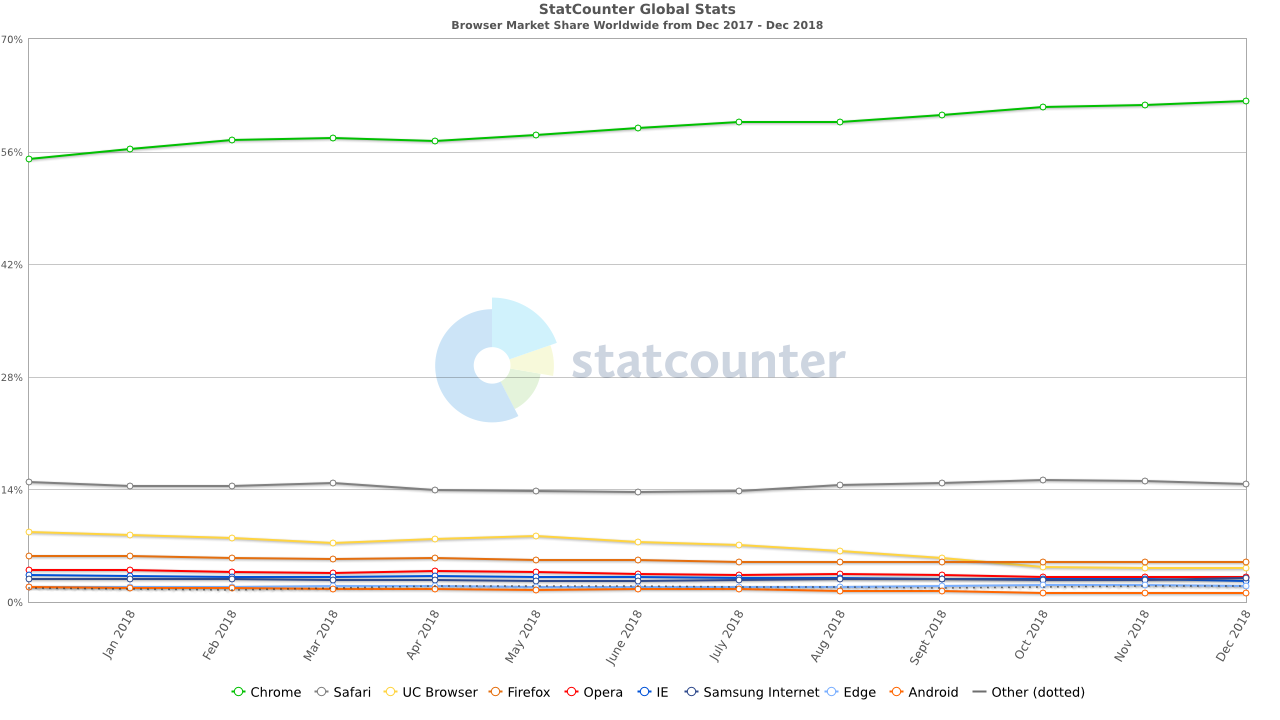 So, what kind of ads are disruptive and intrusive according to Google?

The company provides clear instructions as to the type of ads which violate their guidelines.

These ad experiences were chosen based on feedback from over 66,000 global consumers and the Coalition for Better Ads.

Below are the twelve different ad types that the Chrome ad blocker targets, including four desktop ads and eight mobile ads.

You should prepare to face traffic penalties if you use any of these.

In addition, the following five ad types are not allowed for mobile sites:

Each of these ad types is self-explanatory. You’ll know if they are on your site.

But for additional clarification, you can visit the Coalition for Better Ads website. They share further details on each blocked ad type with an explanatory GIF showing the ad in action.

And for an even quicker way to analyze your site, use Google’s Ad Experience Report tool.

In a matter of clicks, the tool scans the ad experiences on your website and gives you a pass/fail grade.

To use the free tool, you’ll first need access to Google Search Console. Once that’s set up, you can select your website from the drop-down menu and run the two tests for mobile and desktop ad experiences.

Do Your Ads Pass the Test?

After the tool scans your site, you’ll either receive a green “Passing” ad status or a red “Failing” ad status.

You’ll only “pass” if all of the ads on your site comply with the new standards.

If any of your ads fail, you will receive a “Failing” status.

You’ll also be able to view examples of specific ads that aren’t compliant with new standards, and learn what category of ad issue they fall under.

If your site maintains a failing status for more than 30 days, Chrome will remove all the ads from your website.

Once you review and revise your ad, you can request another review through the tool.

If you believe your ad is compliant, you can also contest a review.

According to Google, it doesn’t take long to fix the ads.

Of the North American and European publishers who failed compliance during the ad blocker’s initial launch, two-thirds are now in good standing.

They also state only one percent of the millions of websites they reviewed have had their ads blocked.

Which Ads Can You Use?

If you’ve found some of the ads on your site violate guidelines, you may be struggling to come up with new ads that are compliant and designed to convert.

So, are there any decent ad options left? Fortunately, the answer is yes.

Google is partnering with the Coalition for Better Ads to share ideal ad experiences they recommend using on your site. 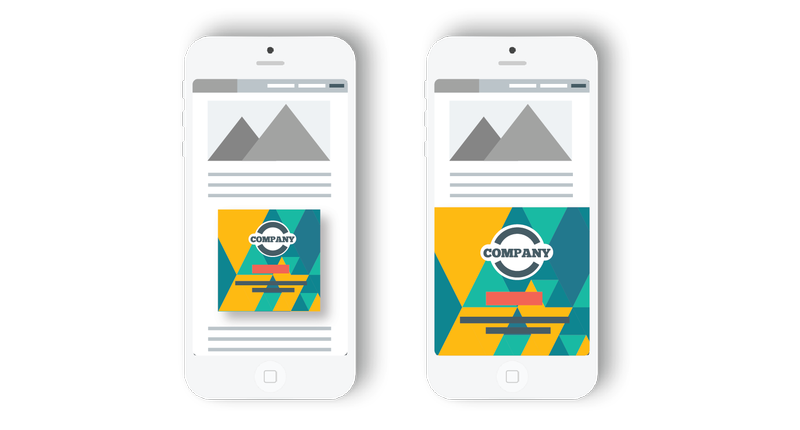 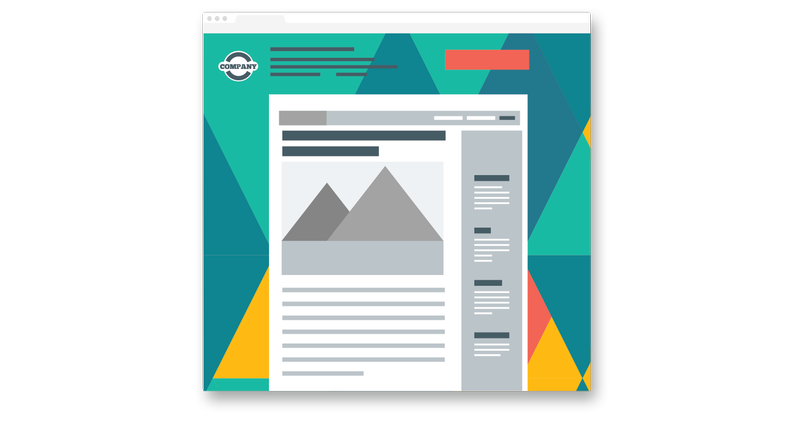 These guidelines are designed to get rid of the ads which annoy users most.

And if an ad annoys a user, it’s not going to perform well for you anyway.

Thematically, these ads all interrupt, distract or clutter a user’s experience of a page.

So start reviewing your site now with the Google Ad Experience Report tool.

Then revise or remove any ads which violate the ad guidelines.

By preparing now, your site will not experience any unpleasant dips in traffic or revenue when July rolls around.

Photo by Paweł Czerwiński on Unsplash

Michael Quoc is the founder and CEO of Dealspotr, a social couponing site whose user base has crowdsourced a database of top promo codes on the web. Prior to this, Michael was at Yahoo as the Director of New Products. Catch up with his marketing and innovation tweets @michaelquoc.

View all posts by Michael Quoc