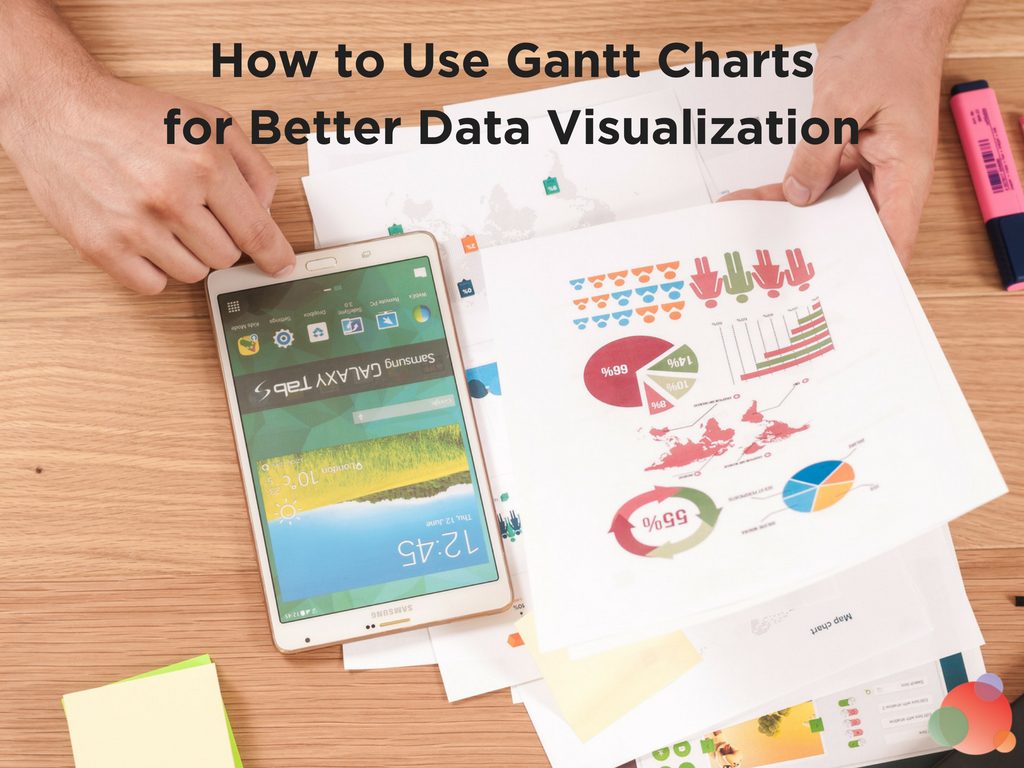 It’s no secret visual storytelling rules the web—and for a good reason.

The visual cortex represents the largest part of the human brain.

According to a study by John Medina:

The average person remembers about 10 percent of what they heard 72 hours prior, but present that information visually and the average leaps to 65 percent.

Digital marketers have taken this information to heart.

So it’s no coincidence that we present so much online content—especially social-media content—visually.

And tweets with images are retweeted 150 percent more often than those with text only.

But what if the data you want to present takes the form of a schedule?

Will internet users pause long enough to examine a calendar or a list of tasks?

The answer may be to use a tool that’s been around for more than a century.

The first Gantt-style chart was created in 1896 by Polish economist Karol Adamiecki.

Then called a Harmonogram, this data visualization method didn’t take off until American engineer, Henry Gantt, continued its development and placed his name on the design.

So what is a Gantt chart and why is it useful?

The design is a type of bar graph which diagrams projects and schedules using colored bars of varying length.

The chart reflects not only start and end dates, but also important events, tasks, and milestones.

Gantt charts can even reflect multiple timeframes and the way one task relates to another.

The result is a visual representation of time that easily communicates not only an end goal, but also the path needed to get there.

For this reason, Gantt charts rose to prominence when applied to massive projects such as the construction of the Hoover Dam and the interstate highway network.

If a digital marketer is trying to manage content and communicate a schedule with an internal team or external clients, a Gantt chart can visually explain the original schedule and show where a project is at in the timeline.

Users can quickly comprehend the steps taken to reach milestones and how various tasks rely on one another to reach completion. Time isn’t static, after all.

Think about how many clients, customers, employees or other target audience members you might try to reach via social media.

Unless it’s a small private group, there could be hundreds, thousands or more.

And the larger the audience, the more difficult to adequately communicate the same message to every member.

By using a Gantt chart to communicate schedules and timeframes, digital marketers can provide accurate representations of their campaigns.

They can also show the interdependencies of tasks in a clear and concise design which leaves far less room for interpretation.

And while complex scheduling tools are great for interoffice communication, a single Gantt chart can be exported and shared—even in a social media post.

Gantt charts are also ideal for content and editorial calendars. Who is creating what, and when does it need to be published?

You could answer these questions with a simple checklist. But what happens when content is dependent on several teams or individuals for completion?

For instance, what if a writer, editor, and graphic designer are all dependent on one another to complete their assignments and meet a deadline?

The editor can’t start until the writer finishes. And the graphic designer might have to wait on both.

A Gantt chart can illustrate who must complete which task before someone can then undertake another task.

And if a social media campaign is also part of the process, a Gantt chart guides a user through the more complex undertaking of publishing and scheduling posts on multiple networks.

Do you find yourself part way through and need to transfer the campaign to a different user?

No problem. A Gantt chart explains exactly what’s going on and the current state of the project, including what’s complete and what’s yet to come.

There’s no reason to fear posting the same content twice as long as the chart is up-to-date.

At one time, Gantt charts had to be drawn by hand.

But in those days, pretty much anything had to be drawn by hand.

Even after the advent of personal computers, creating a Gantt chart wasn’t simple.

This was a vast improvement on hand-drafting charts as you could update and manipulate them throughout the process.

Still, the average user probably didn’t know how to design the chart and import data using these early programs.

Thanks to graphical user interfaces such as Windows, more project managers and planners were able to use the tools and create these helpful charts.

However, they still needed a working knowledge of whatever spreadsheet software they were using to do so.

Even now, instructions for creating a Gantt chart using Excel can overwhelm the average user.

Fortunately, today’s project managers and digital marketers can choose from a plethora of tools to create, update, and publish Gantt charts.

They can even create a variety of hypothetical models without mastering Excel or holding a degree in analytics.

To help you begin, I’ll share a few of my favorite resources.

One of the most user-friendly tools for creating Gantt charts is Teamweek.

Users need only select a timeframe by dragging their mouse from beginning to end dates.

You can set milestones by selecting a date on the timeline, and assign separate tasks to individual team members.

The program works with both Slack and calendar software—and even offers a handy Chrome extension.

Workzone is ideal for teams because of its individualized dashboards which update status for a variety of projects.

And it provides each team member with their own to-do list.

As each user updates his or her to-do list, the entire project plan and Gantt charts automatically update as well.

Smartsheet offers everything a user could want in a Gantt chart tool, including sub-tasks, dependencies, milestones, and drag-and-drop editing.

It’s simple to move and edit tasks, import or export information from a variety of databases, and integrate processes into calendar software.

With Smartsheet, users can share projects with unlimited free users.

A variety of templates are available for those not keen on starting a Gantt chart from scratch.

According to TeamGantt, a graphic which might take 30 minutes to create in Excel can be completed in just five minutes using their software.

The easy-to-use interface allows project managers and marketers to add and name tasks, then schedule them with a simple drag-and-drop process.

You can easily add dependencies with a couple of clicks of the mouse.

The free software helps your team focus and stay on track for timely delivery.

This user-friendly program provides pre-made Gantt charts which you can populate by adding information directly to them.

The program also offers drag-and-drop functionality to create new charts from the ground up or to update templates in progress.

And you can externally share the Gantt charts you create by exporting them as images.

Exploring the Usefulness of Gantt Charts

By using any one of these tools, you can keep yourself and your team on track using data visualization.

At the very least, I hope this post inspires you to learn more about Gantt charts and see just how useful they can be.

Photo by William Iven on Unsplash

A native of Missouri's scenic and historic Arcadia Valley, Samantha Lile is a successful web-content creator with a journalism and mass media degree from Missouri State University. She contributes to various web publications from her home in the beautiful Ozarks, where she resides with her husband, four dogs, and three cats.

View all posts by Samantha Lile