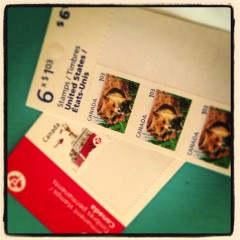 What would have happened to the effectiveness of television advertising if people had to act to see the ads?

Think about TiVo for a minute.

Years later there are mixed reviews but nothing that indicates the DVR has significantly reduced the return-on-investment from televisions ads.

Like being able to skip through commercials, Gmail has launched a new inbox that makes it possible for users to skip the promotional messages.

The design concept is similar to that of TiVo. The objective of both concepts is to give the user a better experience.

There is one major difference between how the two work: Skipping advertisements with TiVo requires user action while Gmail does it automatically.

Motivating people to act has always been a challenge. Newton’s law of inertia applies to everything that requires people to change what they are doing. It reads, “An object at rest will remain at rest unless acted on by an unbalanced force.”

The pain of sitting through annoying commercials is the force that motivates people to skip. Good marketers create commercials that are entertaining so they don’t trigger action.

Gmail hosted email users will not see promotional messages and updates without overcoming the law of inertia. Marketers have to figure out how to create a force that moves people to open different tabs before their communications will be seen.

The new inbox interface gives users the option to create five tabs: Primary, Social, Promotional, Updates, and Forums. The Primary tab is mandatory. The remaining four can be turned on or off.

This is a Gmail inbox before opting in:

This is it after converting to the new version:

Every message, except one, was shifted to another tab. (Interestingly, the one that remained was an update on an order. This suggests that there may be ways to keep company messages from being redirected to secondary tabs.)

Once users have opted into the new interface, incoming messages are routed to the tab that Gmail rules deem appropriate. The Primary tab is designated for “Person-to-person conversations and messages that don’t appear in other tabs.”

The tests we ran have EVERY promotional message going to other tabs, even when the Promotions option isn’t used. This means marketers have to figure out how to overcome the law of inertia, for their emails to even have a chance of being seen.

How Will this Affect Email Marketing?

Google provides email services for government agencies, top universities, and millions of businesses. This makes it very hard to identify users because the [email protected] addresses in your database may be hosted by Gmail.

There’s another surprise for unwary marketers. Gmail has added advertisements to the inbox that look surprisingly similar to emails:

In addition to overcoming inertia and competing with other emails, marketing messages have to compete with Google ads designed to target the people most likely to buy.

The long-term effect of automatically sorting incoming messages and presenting ads that look like emails is unknown. Waiting to see what happens is risky business. User adaptation to the new options takes time. This gives you the opportunity to prepare.

Here’s what you should do to get started:

What do you think? Will the new Gmail inbox have an affect on email marketing efforts?

Debra Ellis is a business consultant, author, and speaker, specializing in showing companies how to improve customer acquisition and retention using integrated marketing and service strategies. In 1995 she founded Wilson & Ellis Consulting, a boutique firm specializing in creating strategies that make channels and departments work together to optimize the customer experience. Since then, she has worked with over a hundred distinguished clients such as Costco, Edmund Scientifics, Jacuzzi, Ross-Simons Jewelry, and The Body Shop. She can be reached via email at [email protected]

View all posts by Debra Ellis