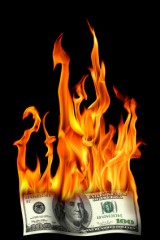 By now it has been well documented there are three main challenges in the mobile business world: Creating the app, marketing the app, and making money from the app.

This is no different than almost any other business in which you have to provide a product or a service, market it, and make money from it.

These are just business fundamentals, but many app developers do not quite think through them all before starting. They get stuck with good apps which cannot make money because there is no clear business model.

Then what happens? Many app developers publish ads on their apps in an attempt to make money.

Ads are usually the last resort as a choice of a business model. Ads are also almost universally hated and ignored. And on mobile, if you place your ads aggressively, they may irritate your users to the point of having them give your app bad reviews. The long and short of it is ads make a tiny amount of money per customer on the web, and even less on mobile devices.

I wanted to share a case study with you about one of of my apps where I actually lost money after placing third party mobile app ads on it. Then I will explain how to place ads in your mobile apps correctly, so you avoid the issues I faced.

In approximately October of 2012 I made a small and unambitious Android app for marketing. The original intent for the app was not to grow it, but to keep it as sort of a ‘test app’ – a lab rat as it were – and use it to test features before I placed those features into my more prized apps.

To my surprise, the ‘test app’ was well received by users, and it quickly became the top Android app for marketing, growing to about 200 downloads per day. It was making some money by up-selling my paid apps. Things were going swimmingly, and then one day, out of a purely bad decision, I ruined a good thing by getting greedy, and placed ads on the app.

I won’t disclose the name of the company which provided the ads, but I will say it was a pretty aggressive ad setup, forcing the user to either engage with the ad, or not get past that point in the app. I placed those ads in the beginning of April of 2013, and you can see exactly what happened from the chart below (click for a closeup):

The dark circles on the chart indicate app updates. Almost no update of mine made as much difference as the one at the beginning of April and late March. Notice the steep drop it caused almost immediately after, leading to the lowest download day of 2013, May 2nd – just 47 downloads. For reference, the highest download day was on January 24th, 2013 when the app had 238 downloads.

The ads themselves made a negligible total of somewhere between $2 and $3 before I removed them sometime in the middle of April. By then I realized what a mistake I made. But the crash had already happened.

The app has not yet recovered, and has only begun to show signs of life in recent weeks. Also, because my daily traffic got cut by about 66 percent from where it had plateaued, so did my earnings from up-selling my paid apps.

The biggest mistake I made was placing ads into my app, which were very intrusive. That caused the overall user experience of the app to shift radically. Just days prior, the apps were delighting users. The aggressive ads caused users to feel irritated. So instead of engaging with the ads, they quit the app, and gave it bad reviews.

All of the one-star reviews came in the approximate time period when the ads were live. And of course, after seeing the many one-star reviews, new potential downloaders chose not to download the app. The downloads dropped and so did the rankings in the app store shortly after.

Avoid My Mistake. Make Money from Your Ads.

If you do place third party mobile ads on your apps, keep in mind, no matter what, your app must absolutely delight your users. If it doesn’t, they will quit the app and leave bad reviews.

So when you place your ads, do not optimize for aggressive ad placement and monetization. Instead, optimize to make sure the experience still delights users. If it doesn’t, because they have a very strong voice in the marketing and the future of your apps via the review system, the outcome will be dire.

An additional recommended technique is to give people the option to pay instead of showing them mobile app ads. That way they don’t feel “forced” into the ads. Also, they might tolerate the ads a bit more, as a preferable alternative than paying.

Bottom line: Before you even create your app, be sure and research a strong business model, thereby relegating ad use to a last resort option.

Alex Genadinik is a mobile developer and the founder of Problemio business plan apps. He holds a bachelor's of science degree in computer science from San Jose State University, and says his latest entrepreneurial achievement just might be insanity.

View all posts by Alex Genadinik