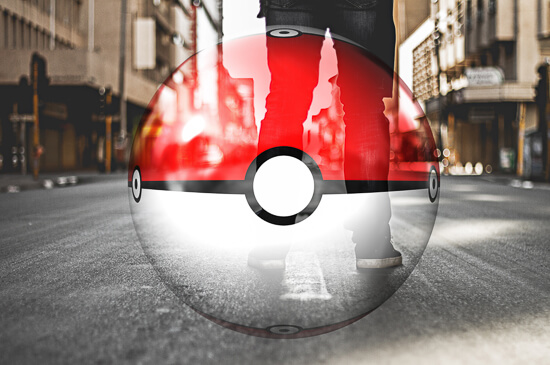 Now, just months after its launch, it has nearly fallen off the radar.

After its release, users gathered at PokéStops and chatted with other players while onlookers wondered what the big deal was.

Millions of people jumped on the bandwagon just after the game’s launch, and it has had more than 500 million downloads.

So what caused the fall from grace?

A big part of it stems back to marketing.

Take a look at these key marketing lessons we can learn from where Niantic missed the mark.

Putting All its Eggs in the Word-of-Mouth Basket

It is what everyone was talking about last summer.

Every business wants that type of buzz, and most brands admit it is hard to get.

For many people, product recommendations from family and friends are more influential than any other form of marketing.

But Niantic leaned too heavily on personal accounts.

The app’s decline shows how word-of-mouth can be a spark that dies just as quickly as it ignites.

It is a tool that can boost marketing efforts, but brands shouldn’t rely on this tool alone.

Don’t over-depend on word-of-mouth, but when you get it, put budget behind amplifying it.

Well-educated customers will stay loyal to your brand.

Brand knowledge fosters trust and engagement, and it reminds your customers of your brand’s value.

That said, consumers do not want to use an app if they are left wondering how to use it.

Niantic struck out here, too.

The brand didn’t provide guides or tutorials in the app or on the internet.

When users had questions, they had to resort to Google searches or the knowledge of experienced players they knew in the real world.

Some argue this lack of customer education from Niantic is a deliberate move to create community and generate more buzz.

More often than not, however, opting out of user education isn’t a risk worth taking.

The marketing lessons we can learn here are a lack of educational content can frustrate users, which in turn, drives them away.

Brands need to address users’ questions in order to retain them.

You’re not going to please everyone, and certainly not all the time.

But when you have unhappy customers, responding to them quickly shows your brand’s empathy and reliability.

Talk to users about the app’s functionality, and they’ll describe a love-hate relationship.

Niantic gave refunds to customers who spent money in the app, only to find out that a subsequent update significantly changed the game’s functionality.

The notorious three-step glitch, which muddled a user’s distance from a nearby Pokémon, went unresolved in spite of vocal frustration.

Pokémon GO lost both users and revenue as a result.

When fundamental problems with a product are revealed in its early stages, the brand must work to address and resolve them quickly.

Marketing Lessons to Apply to Your Next Launch

But they are valuable marketing lessons to consider when planning your next product launch.

View all posts by Tony Tie