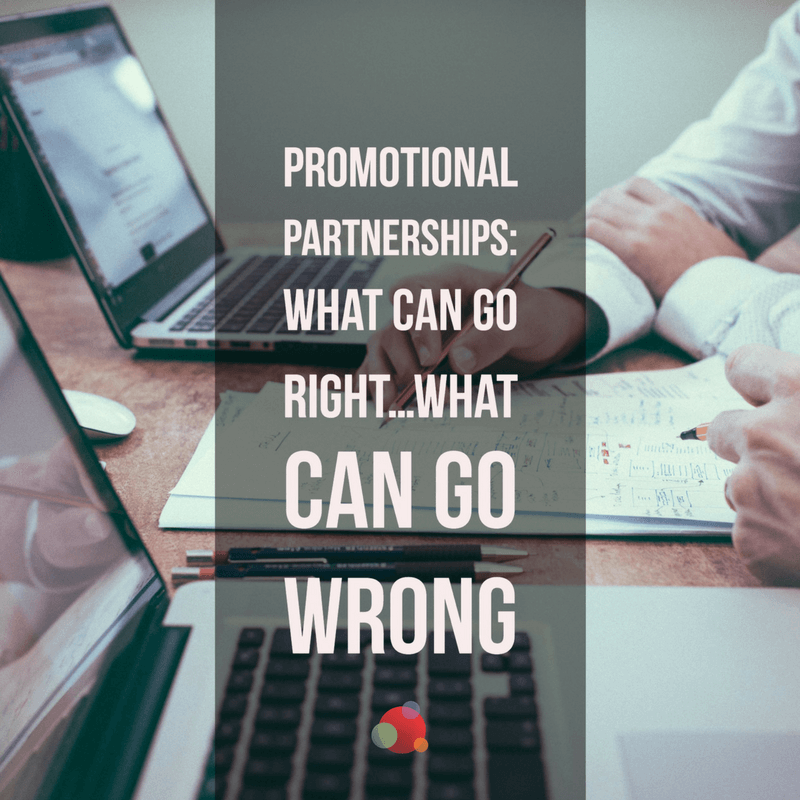 We all want to grow our content, increase audience reach, and build sales, right?

Teaming with an influencer or another company on a promotional campaign can yield some awesome results.

By partnering you cast your net much wider than your current reach.

This all sounds awesome, right?

Unfortunately, it’s not as easy as just saying, “Hey, want to partner on this?” and go from there, and that is for good reason.

There are some legal parameters that need to be put in place for a promotional partnership.

This ensures both parties get what they want out of the campaign and put in the effort to promote it as well.

Allow me to explain using a recent experience of mine.

I met an individual who agreed to enter a promotional partnership with me because our companies cater to very similar audiences.

We would go in on a sweepstakes campaign and select five winners to win a prize pack: A product from my company, and a product from theirs, which complimented each other well.

We agreed upon the following parameters:

For partnering on this promotion, we had discussed sharing the email list we captured.

We would both kick in prizes and money for the promotion, and help push it to our networks.

In return, not only would we get increased awareness, we would get a healthy increase to both of our email lists.

Pretty straightforward, right? I thought so, too.

Get Legal Involved Early in the Process

I offered to host the promotion, but ran into a snag with my legal team (lots of hoops to jump through, and it was the holiday season, so responses took a while).

Faced with that, I asked the partner to host instead.

I reached out to my legal team to get a partnership agreement.

This process took a few calls and revisions, but I finally received an approved document for my partner and I to sign stating we would share the email list with each other upon completion of the promotion.

(BTW, I am INCREDIBLY thankful for the hoops I had to jump through for that partnership agreement!)

From there, they could perform additional tasks for additional entries, such as: Visit our social media pages, sign up directly for each of our email lists, etc.

Promoting the campaign went off without a hitch.

The partner informed me more than 650 people clicked to directly sign up for my company’s email list (Woo!).

I replied this was good news and asked for the rest of the email list which we had agreed upon, and that’s where we hit a snag.

My partner responded saying they weren’t comfortable sharing the whole email list (What?!).

Obviously, I was confused and a little frustrated, but wanted to remain professional.

This was a great campaign with a wonderful company and I didn’t want to burn any bridges for a potential future promotion.

But at the same time I kept thinking to myself, “We *did* agree, at the start of this, that we would share the ENTIRE email list upon completion of this campaign!”

I told myself I would give it one more shot before getting my legal team involved.

I wrote back stating I wasn’t sure where the disconnect in communication was, that we signed a legal document which stated we would share the entire email list from this promotion.

In the end, they agreed there was a disconnect and offered the remainder of the email list.

As a result, I added almost 1,000 new emails to my marketing list for the cost of five books and $100 out of my budget. Not a bad ROI!

So what did I learn from all this about how to approach a promotional partnerships differently in the future?

Have you taken part in a promotional partnership?

What lessons learned would you add to mine? Let me know in the comments.

Jason is an empathic professional who has been working in the social/content marketing industry for the better part of 6 years. He also carries a wealth of experience in retail having worked for numerous big-name companies. Currently the Social Media Manager for HarperCollins Christian Publishing in their Bibles department, Jason builds strategies, creates content, and manages the social presence of 7 different brands. A professional dork at heart, Jason enjoys consulting, mentoring, and sharing expertise via Twitter chat or standard networking practices. He is also developing a podcast called the #GSDChat where he converses with guests about how they "Get ‘Stuff’ Done."

View all posts by Jason Schemmel