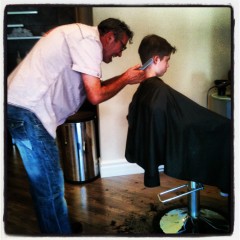 I’m not a good traveler. Trust me, Gini Dietrich will back me on that statement.

I get nervous weeks before a trip, and fret about things like “what if my glasses break” or “will I say something stupid at customs and get thrown in the clink?”

One thing I never fret about however, is my mode of travel.

Catering to the business traveler, Porter is a boutique airline that flies out of city center Toronto, literally a 15 minute walk from the financial district and tourist areas.

The airline prides itself on its white glove service and amenities, harkening back to the good old days of air travel when the customer was treated like gold.

Flying Porter is truly exceptional. Until it isn’t.

The last time I flew Porter, there was a kerfuffle at the check-in desks. From what I gathered, a young lady’s booking couldn’t be found. Unfortunately, they only had one counter staffed, and that person spent an inordinate amount of time on this one issue. Other clerks casually meandered about doing anything but check-ins. The line up behind me grew and grew, and people became more and more frustrated.

My first (angry) thought was “Come on Porter! This is not how you do business!” My second thought was “Ha! If I were at Pearson right now (Toronto’s international airport) this wouldn’t even be a blip on anyone’s frustration radar.” Pearson is notorious for crowds, delays, and lineups (though, from what I hear, not as bad as O’Hare is). It would have to get REALLY bad at Pearson for people to start protesting.

This experience got me thinking. Might it actually be detrimental for companies to provide top-notch customer service?

At a dinner during the trip, the subject of being number two versus number one came up. How difficult it is to be on top, and remain there. How people instinctively start to poke and dig in order to topple the winners (here in Canada we call that “Tall Poppy Syndrome”).

Naturally, someone mentioned the classic Avis car rental campaign: We’re Number Two. We Try Harder. What a wonderful position to be in, right? Things can only go up, and people really aren’t expecting to much from you.

I mean sheesh. It’s not like you’re number one!

That ad campaign – and I would posit the fact they weren’t trying to maintain top dog status – saved Avis from certain financial ruin, and they continued to use the slogan for 50 years before finally dropping it last year.

No Really. Email me.

Then on my flight home, while reading the newspaper, I came across a full-pager from the newly appointed CEO of Canadian Tire. For those of you not up on your Canadian business icons, Canadian Tire opened in 1922 and is the country’s largest retailer. It is said 90 percent of all Canadians live within a 15-minute drive of a Canadian Tire store, and nine out of 10 adult Canadians shop there at least twice a year.

This was a nice introductory ‘letter to Canadians,’ introducing himself to his customers – it even included a picture of his wife and children – and highlighting the many things Canadian Tire stores do to give back to their communities.

Then I read the last sentence, “…if you ever feel that isn’t the case, send me an email at (email address) and I will make sure your feedback is heard.”

The newly minted CEO of one of Canada’s largest businesses just gave out his company email address. To all of Canada. Incredible marketing move. Very human of him to do so. Clearly, he cares. But wait. What? When did things like this start happening? What about when he can’t respond to the deluge of emails. How soon before people start getting upset and angry when their buddy, CEO Allen, doesn’t get back to them for a few days? (I know, I’m sure he has systems in place, and he won’t be personally responding, but still…!)

Companies bank on the loyalty and trust of their customers. The biggest issue I had while waiting in that airport lineup was the lack of communication. We didn’t know what was going on, or how much longer we would have to stand there (im)patiently. Even a simple “Hey, sorry everyone, we have another person opening up in ten minutes” would have helped. But, I’m a loyal, borderline rabid Porter Airlines fan, and that won’t change with the odd misstep.

But that said, have customers’ expectations – and the bar – been raised too high?

A version of this post first appeared on the FeedBlitz blog.