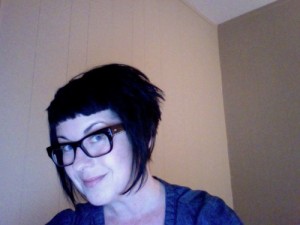 Ahhhh, Pinterest. How I’ve loved to loath you all these years.

Well, actually, it’s only been a couple of years, hasn’t it?

You little spunky punk, you.

You’ve done fairly well for yourself, I won’t take that away from you.

You managed to edge out LinkedIn, YouTube, and Google+ as a top driver of referral traffic to retailers.

Heck, by the end of 2011 you were one of the top 10 largest social networking sites out there!

But you weren’t gonna stop there, were you Pinterest? No way. By early 2012 you scored 11.7 million unique monthly U.S. visitors – making you the first standalone site in history to have passed the 10 million mark so quickly.

And still I loathed you. In fact, I probably triple-loathed you, because gosh darnit, you were succeeding!

Nope, I was way too cool for Pinterest. I don’t sew or knit or cook or make candle holders out of Mason jars. Uh uh. No way. So lame, right?

A site to virtually pin things? Dumbest idea I’ve ever heard. So what? You find a picture of something, you bookmark it, right? You stumble upon an incredible article that you must read, but you don’t have time? You email the URL to yourself, right? You have the entire Internet already set up as your instant pin board for heaven’s sake! Why create yet another place to log in and check updates and follow people, yadda yadda. Nope. Stooopid.

And don’t get me started on the demographics! Sheeesh. Small minded Midwestern stay at home moms who like to bake and do crafts with their kids. Two more things I loath (er, crafts and baking – not stay at home moms – though I don’t much like small mindedness either).

And then Gini Dietrich hopped on the bandwagon. Hopped? She was up front and center with her trombone and marching boots on! She was a veritable Macy’s Day Parade float of love for Pinterest.

And because I respect Gini and her big brain so much, I started to……warm to the idea. I did of course continue to tease her mercilessly about how lame Pinterest was, but inside, secretly, I was slowly thawing out.

I read more articles about it. Saw how companies as disparate as Whole Foods and Major League Baseball were using it to increase brand visibility and fan engagement, and run contests and digital marketing campaigns.

And I finally signed up. Though I was warming, I was still feeling pretty Grinch’y about the whole phenomenon, and the fact that I had just quit smoking wasn’t helping any. I started to poke around a bit. Very reluctantly, and still with a giant chip on my shoulder, mind you. I followed Gini (who pins super stylish stuff by the way), and found a few other people I never dreamed I would see on Pinterest (I’m talking to YOU David Jones).

You know where I’m heading with this already, correct? That ‘small mindedness’ I mentioned a few paragraphs ago? Turns out I was the one suffering from small mindedness – at the very least I had a pretty good case of closed mindedness.

Pin All The Things!

I finally get it. It simply makes perfect sense. Having one place for all the neat things you want to remember and/or check out later? Sweet! Creating a folder for all the upcoming home renovations – dream or reality? Fantastic! Filling a file online with pics of decorating ideas or amazing furniture? Much better than constantly tripping over the real life files I have here at home. No more tearing pages out of magazines? Double plus bonus!

And don’t get me started on all the neato stuff that all the other Pinterest users have already found and pinned. It’s a smorgasbord of delights and desires (which might eventually be a bad thing, but that’s another blog post)!

So, cut me up a big’ ol slice of humble pie. I will admit I was wrong. And that, my friends, is the moral of this story.

It’s ok to not immediately get distracted by every bright shiny new thing that’s out there in the social space. It’s ok to follow your gut – even if it turns out your gut’s way off base – because I don’t know about you, but my gut has rarely failed me, even in situations much graver than “Is Pinterest just for craft geeks?”

It’s ok to be wrong.

So take my advice. Whether you’re a big name brand who didn’t have the resources to invest in a new platform, or just a person like me – a late adopting, cynical, rabble rouser who never wants to follow the crowd but who usually ends up doing just that – admit you’re wrong, poke a little fun at yourself, and get pinning!!

Lindsay Bell is the content director at Arment Dietrich, and works in Toronto. A former TV producer, she’s a strong advocate of three minutes or less of video content. She has a cool kid, a patient husband, and two annoying cats.