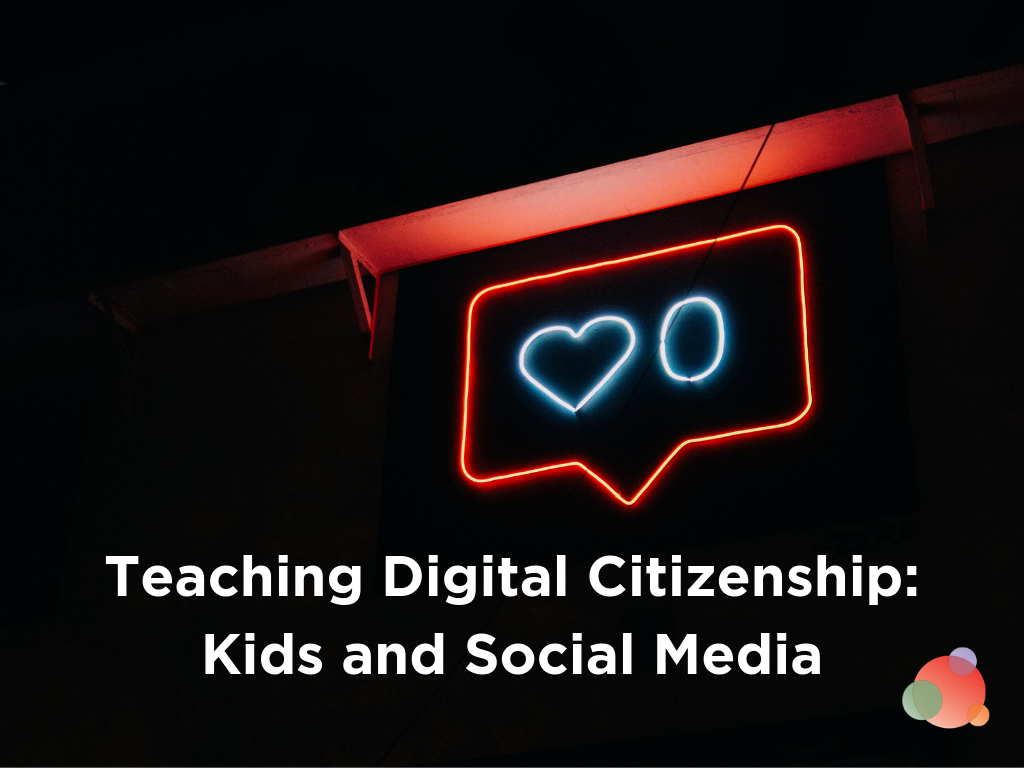 As a teenager, the epitome of cool in my group of friends was having your own phone line.

Having a phone where you had complete privacy without any chance of someone picking up in the middle of a call seemed like the height of luxury.

Of course, I was never privy to such a thing.

My mom never gave an inch.

She told me I didn’t have a right to unlimited privacy at that age.

At the time I thought she was a monster for even suggesting such a thing.

As a mom to a teenager now, I’ve discovered that she was 100% right, and I have used that line on my daughter once or twice myself.

In today’s world, what kids and teenagers have to navigate through is much more complicated than those of us who only had a landline to talk on.

If we don’t teach them how to navigate these waters, we can’t be mad when they screw up. As communications pros, we have a bit of a head-start on how things work.

Here are some points to focus on when talking about digital citizenship and social media etiquette with our kids.

This Is Your Kid’s Brain On Social Media

Raise your hand if you immediately pictured an egg frying in a pan after reading that subhead because of this little gem from the eighties.

Research has shown our brains don’t fully develop until around our mid-twenties.

Brains in teenagers have much higher activity levels in their amygdala, while their frontal lobes are still catching up to the rest of their body.

The frontal lobes allow us to think things through, have greater impulse control and make rational decisions.

Rational decisions that include thinking through a potential status update or whether or not to post certain photos on social media.

See where I’m going with this?

While it’s easy to yell at teenagers for making stupid decisions, they honestly can’t help it.

Their brains aren’t there yet.

Part of responsible digital citizenship is realizing the issues that arise from poorly worded posts, inappropriate jokes and pictures on the internet.

Unfortunately, giving this lesson once and thinking you’ve covered your bases once with them isn’t going to work.

They need constant reminders from the adults in their lives who have the advantage of a fully developed pre-frontal cortex.

Do you know how hard it is for anyone to grasp the concept of infinity, let alone a teenager?

They cannot do it.

They also won’t believe you when you tell them the internet is forever.

My point is, while they can delete those posts, they have no control over who took a screenshot of that post.

Therefore, it might as well be alive and well forever, because they have no control over how responsible others are with their digital citizenship.

How many instances have we seen where someone digs up an offensive post a celebrity posted years and years ago and it affects their current gig?

I can name at least three off the top of my head.

It sounds very obvious to us, but it’s hard for kids to imagine their future jobs and positions in life can be affected by something stupid they said about a classmate after a Friday night football game.

I always tell my kiddo, “If you wouldn’t put a giant sign up in our front yard saying what you’re about to post, don’t post it on the internet.”

It’s a mouthful, I know, but it puts the internet into a little bit of perspective for her.

Information spreads at an alarming rate across social media.

That’s great as we learn new information to further things such as research and technology.

The bad news? How often do people spread information without a second thought as to whether it’s factual?

It’s a lot less than it should be. As we promote responsible digital citizenship, this has to change.

Breaking Down the Speed of Social Media

The easiest way I’ve found to break this little bit of information down to a digestible level is to compare it to the tried and true slumber party game, Telephone.

If you’ve never played, you and your friends form a line. One person at one end of the line whispers a sentence to the person next to them. That person can’t ask for any clarification. On it goes down the line until the last person in line has to say the sentence out loud.

The final sentence is NEVER close to what was originally said.

Essentially, this is the same thing that happens when your grandma shares a post about some political figure supporting some insane law that allows panda bears to have driver’s licenses.

Just a few weeks ago, my daughter texted me, upset that the singer Billie Eilish had died in a car accident the night before, but she had done no research, didn’t check her sources, anything.

I explained to her it was a hoax and her first reaction was upset that someone would lie about something as serious as death. I then pointed out to her that it was also her responsibility to verify the information she spreads is true.

What are the chances every single teen is going to verify their information before haphazardly sending it on to their group of friends?

I can tell you. Zero.

All Hope is Not Lost

Well, now that everyone is a little panicked about teens and the use of social media, this is where I give you the good news.

There are many good arguments about why your kid shouldn’t even have a smartphone, and that’s great if that’s a feasible option for you.

For us, it was not. Our daughter practices three to four days a week after school with her cheer team and as overprotective as I am, I’m more uncomfortable at the thought of her being stranded somewhere without a phone.

This is where parents and adults have to step up. It’s not enough to teach your kids the dangers of the internet and hope for the best.

If you allow your kid to have social media, here are some digital citizenship rules I always suggest:

We can’t expect the youth of today to figure things out as they go with social media.

It can have real-life, long-term effects, and who better to teach them than professional communicators?

We have the knowledge on how to navigate these waters.

The least we can do is help others along the way.

What are your thoughts on teens, social media, and digital citizenship?

The comments belong to you.

Photo by Prateek Katyal on Unsplash