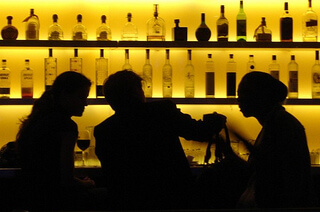 Should you permit employees to friend one another? (You don’t really have a choice.)

Can you prevent it if they elect to? (Unlikely.)

Can social media policies limit what they say about their workplace on social media sites like Facebook? (Not without potentially infringing employees’ right to discuss working conditions.)

Can you use their social media activity as the basis for firing an employee? (Probably not a good idea.)

Why Can’t We Be Friends?

Employer/employee friendships, in particular, have long been fraught with potential legal issues.

Something as simple as a supervisor asking his or her direct report to have lunch might cause the employee to feel harassed or coerced, depending on the circumstances.

After some employers attempted to demand passwords for accessing employees’ social media accounts, a number of states passed laws affirmatively banning the practice.

But what about requesting employees to connect with their supervisors on sites such as Facebook?

At first blush, this isn’t as egregious as requesting an employee’s password outright, and some would argue that employees can, with minimal effort, limit what their supervisor sees of their posts and personal information.

The Facebook privacy settings, however, have proven difficult to master, even for the most tech savvy among us. An average user of the site would almost certainly miss something, leaving potentially sensitive posts visible to their supervisor.

Even if they got the settings exactly right, Facebook is notorious for changing them frequently and defaulting settings to wider access than many people would like.

Some people prefer not to connect with supervisors on social media at all.

This begs the question: What happens if their supervisors initiate a request to connect? Can employees refuse? Might they face negative repercussions if they do?

There’s a case pending in Arkansas contesting a state law that says an employer should not request an employee or possible employee to add a supervisor to their list of contacts on social media sites such as Facebook and Instagram (even MySpace).

In passing the law, Arkansas became one of a growing number of states with social media privacy laws in place that affect employers.

As of May 2014, 28 states had introduced similar legislation.

Facebook has expressed concerns that the Arkansas law will curtail voluntary social media connections between employees and supervisors or administrators.

But how can we know which connections are truly voluntary?

If your supervisor asks, “But you WANTED to connect with me on Facebook, didn’t you?” what’s the average employee going to say?

Is there any way to guarantee that a supervisor whose “voluntary” friend request is denied won’t retaliate in some way?

Laws Should Be Designed for Protection of Both Parties

Legislators might perhaps revise the law to protect employees who refuse to connect the way that other laws protect “whistle blowers” from adverse consequences for disclosing dangerous or illegal activity in the workplace.

Unless the law can protect employees from unwanted requests for friendship (whether online or off), the law would need to stay as is.

Otherwise, employees might be coerced into accepting supervisors’ friend requests, even if they don’t want to, for fear of reprisals.

The desire to maintain separation from supervisors might seem quaint to younger employees, or people working at small start-ups.

However, the risks are real: Supervisors are people with biases and preferences.

While they may not consciously discriminate against employees for their online associations or posts, there’s still a risk that knowing too much about their employees social life could affect the way they interact with them at the office.

In some instances, supervisors might have good intentions in using information obtained on Facebook to make decisions about assignments and workloads. Perhaps your boss sees that you have a sick child, so offers an important client project to one of your coworkers.

You might never know the reason the assignment went to someone else, but it could well have ramifications for your future career.

I’m a fan of social media privacy laws: Trusting employers not to demand access to employees’ social accounts or require connections on social media is naïve at best, and harmful at worst.

How do you handle friend requests from superiors at work?

Kerry O'Shea Gorgone is instructional design manager, enterprise training, at MarketingProfs. She is also a speaker, writer, attorney, and educator. She hosts and produces the weekly Marketing Smarts podcast.

View all posts by Kerry Gorgone