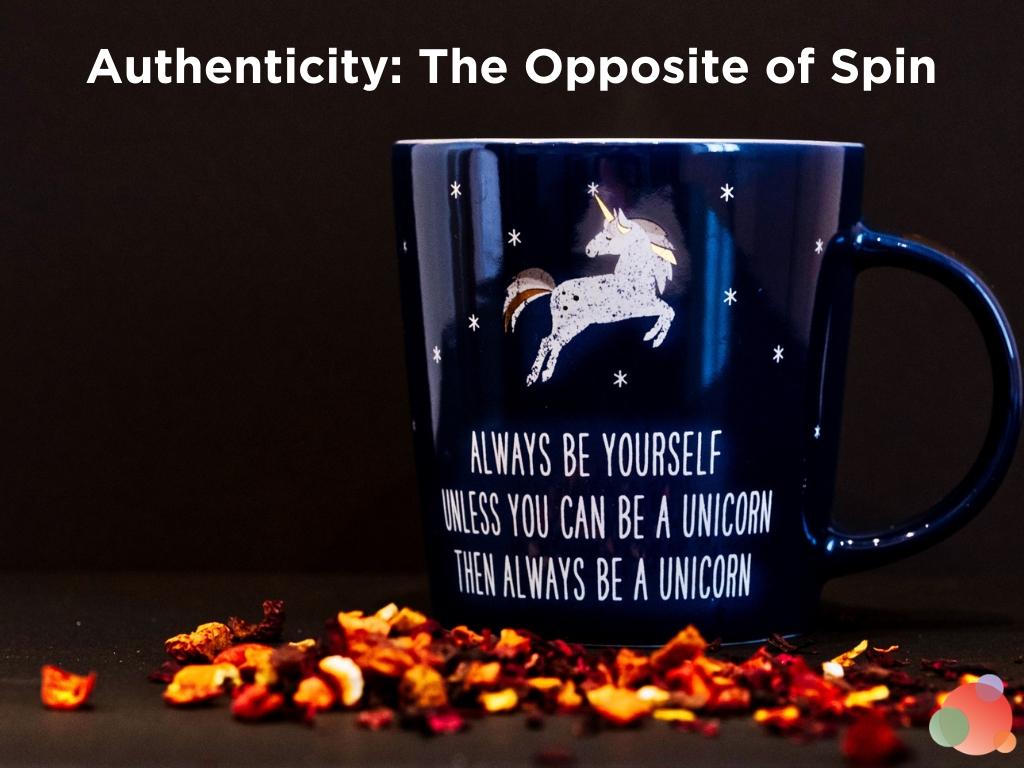 It really is true. Spin sucks.

And if you didn’t believe that, you wouldn’t be reading this.

But what is the opposite of spin? How can you achieve it? Will it help your organization grow?

While it was extremely controversial, no one disputes that the recent Colin Kaepernick ad was authentic to the Nike brand.

Shortly after it aired the company’s stock reached an all-time high.

A study by Cohn & Wolfe found global consumers rank authenticity above innovation and product uniqueness when asked what they value most in a brand.

But, when it comes to trust, our institutions are failing.

Truth is a Moving Target

“Fake news” no longer applies only to PR spin or phony ads on social channels intended to drive opinion or sales.

It now targets mainstream media in a way that truth has become a moving target.

According to Richard Edelman, president and CEO of Edelman, in his news release announcing the 2018 Edelman Trust Barometer:

The United States is enduring an unprecedented crisis of trust.

The report found “the collapse of trust in the US is driven by a staggering lack of faith in government.”

Businesses are also seeing a double-digit decline in trust.

That’s why authenticity for a brand or non-profit has never been more important.

But how do you get there?

Journalists Are the Gatekeepers

While journalists are under siege, they remain the gatekeepers for news and information reaching millions of people.

We got their take in three key areas on building trust and authenticity for brands, non-profits, and the communications firms that support them.

The Role of the CEO

As the chart above indicates, 83 percent of journalists said an accessible CEO makes an organization seem more authentic.

We compared the results to those from last year’s survey and found a 12 percent increase.

The largest increase (30 percent) was among television reporters and producers.

If you want an organization to seem more authentic, you need to make your or your client’s CEO, leaders, and experts more accessible.

And television is the best opportunity to build authenticity.

Trust and authenticity continue to become a more important component of brand value.

While there is an increased focus on influencer marketing, an accessible CEO has more potential to grow an organization’s influence and trust.

But is the CEO you work with ready for prime time?

That’s a common concern especially when their only interest is in doing interviews with the Wall Street Journal, major network television or cable outlet.

So what’s the solution?

A key factor was President Trump’s willingness to be interviewed on smaller stations in rural areas owned by Sinclair Broadcasting.

If this approach was powerful enough to elect a president, it makes sense to focus first on increasing a CEO’s presence on local television.

This will allow them to become a better communicator while the stakes are lower.

You need to be turning the CEO into an influencer by preparing them for interviews, developing media pitches that resonate, and most importantly, getting them in front of the media to communicate your message.

An increased social media presence for CEOs is a path to more earned media.

Our survey found 81 percent of journalists are getting their story ideas from social media. 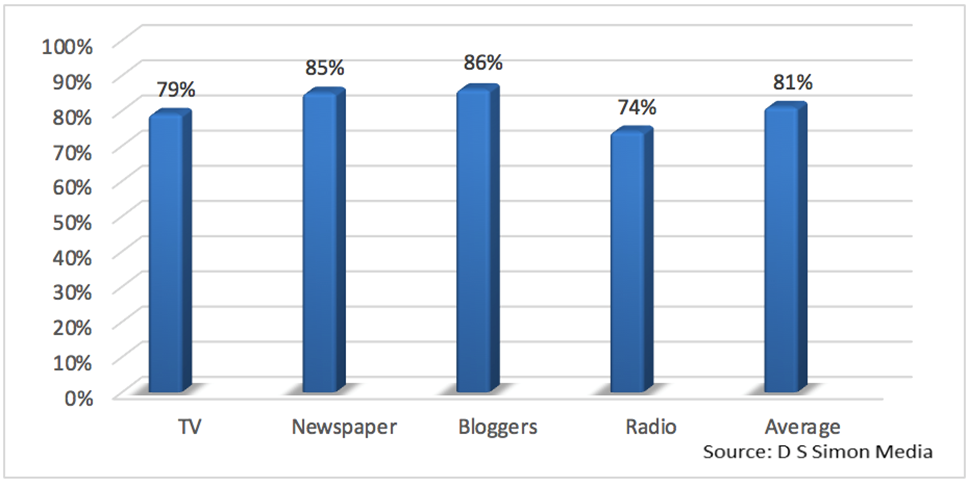 And this is consistent across all media types. An organization’s content needs to be relevant to journalists.

Having a social media presence on issues increases the opportunity for CEOs for inclusion in stories about these relevant topics.

Do you place the CEO in question on panels or speaking engagements at topical events?

This can include trade shows, industry presentations or conferences set up by your team.

What’s new is these events can be broadcast live on multiple social channels and even provided directly to broadcasters and other journalists.

It can be another opportunity to earn media. This trend toward social media driving other coverage will continue to accelerate.

Creating video for use by journalists featuring an organization’s in-house leaders must become a top priority.

That’s because journalists are overwhelmingly looking to social media for story ideas and are willing to use the video you provide as produced.

Message control is the holy grail, and video featuring CEOs can build a more authentic brand.

Eighty-three percent of journalists use video from brands and non-profits as produced.

It’s worth pointing out, despite having their own broadcast facility, 58 percent of TV producers will use or link to the video in its entirety.

You should use video to share CEO expertise on topics designed to increase their influence and earn media.

The Right Spokesperson and Authenticity 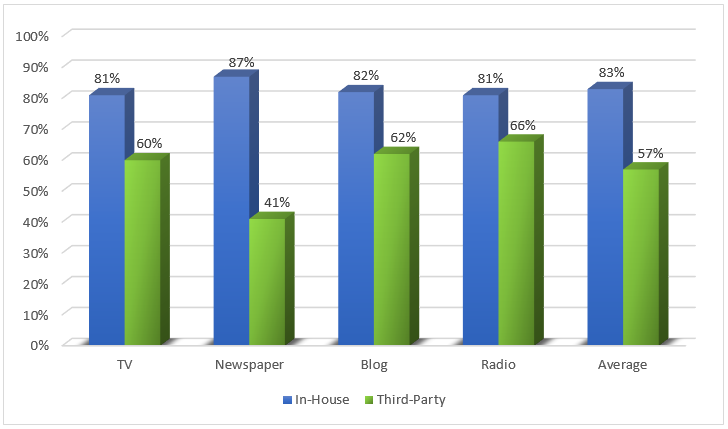 The survey was consistent across all media outlets. Television, radio, newspapers, magazines, and bloggers-each of these types of journalists found in-house experts to be more authentic.

If you are trying to build trust and authenticity, rather than using influencers as spokespeople,  it’s better to have them interview experts. They can introduce the brand to the influencer’s audience without sacrificing authenticity.

When it comes to earning media, organizations are often ignoring their best resource—their talent.

Not only do they make an organization more authentic, but journalists are also significantly more interested in interviewing them for a positive story.

Eighty-five percent of journalists surveyed preferred to interview an in-house spokesperson rather than a third-party expert.

Do you want or need to turn a CEO into an influencer? Are you trying to help the brand or non-profit seem more authentic? Create more awareness for campaigns and initiatives?

Building trust and authenticity for a brand or non-profit has never been more important.

By making the CEO more accessible to the media, bringing a journalistic voice to social media and social video, and leveraging the value and expertise of in-house leadership, you can cut through the clutter, improving the client’s reputation and bottom line.

Photo by Marco Secchi on Unsplash

View all posts by Doug Simon