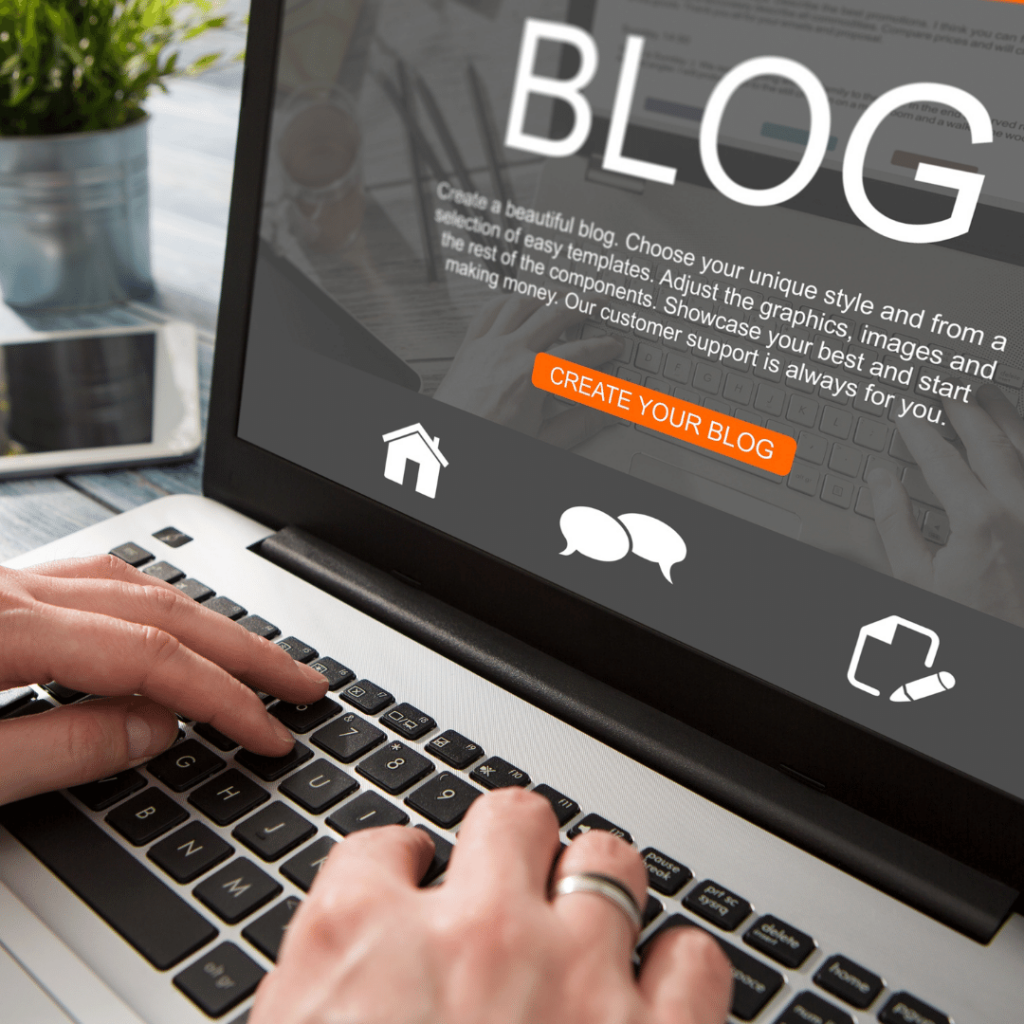 In fact, it’s often the most challenging thing a communications team can take on.

They have high hopes and high expectations, but for whatever reason, it ends up flopping.

Truth be told, if we’d started Spin Sucks today versus 2006, it wouldn’t have made it the three years (THREE YEARS) it took to gain traction.

I wouldn’t have had the patience to keep going—just like every other executive on earth.

It’s definitely worth it and it’s afforded my business tons of opportunities it wouldn’t have otherwise had, but making the case that you need to do it for a year, let alone three, is crazy.

A couple of weeks ago, my youngest brother DM’d me on Twitter with a link to the Washington Post article about Trump ending his blog after 29 days.

Now you can brag about running a more successful blog than a former president could.

And not just a former president, but one who seems to think his you-know-what doesn’t stink.

If THAT isn’t something to write home about, I don’t know what is.

But yet, on June 2, Trump’s blog, “From the Desk of Donald J. Trump,” disappeared from the web, replaced by a sign-up page to “receive EXCLUSIVE updates.”

In true Trump form, he told The New York Times that the decision to shutter the blog launched only a month prior, was merely a pivot to a new social platform (surely not Facebook or Twitter, which have upheld their suspension of Trump’s accounts).

Although Trump has not conceded that he stopped blogging due to low readership, the numbers show otherwise.

Because, you know, he would never, even admit defeat…but also, only a month isn’t that much time, no matter who you are.

While this certainly makes me laugh—and I love being able to tout I’m a better blogger than he is, we’ve all been in the spot of an unsuccessful owned media campaign—blogging or more.

Let’s talk about some ways that you can ensure your efforts are more successful than his—in less time than mine.

When we started blogging at Spin Sucks, we worked very hard to play Switzerland and to be all things to all people.

We looked at both sides of an issue and tried to be fair.

No one read it because no one cared.

But I found the blogging groove three long years later when I got on my soapbox about some things that drove me crazy—and that worked!

Sure, it can be uncomfortable at times, but it’s great to qualify—and disqualify—potential clients and employees.

If they don’t like the way we think, they can move on…and no one’s time is wasted.

Owned Media Is About Thought Leadership

I have a coaching client who has a client that refuses to let her and her agency interview subject matter experts at their organization.

Beyond them being a bad client, she’s struggling with how to help them create content and earned media opportunities without access to the people who are the thought leaders.

If you’re going to embark on any owned media program—blogging, livestreaming, podcasting, longer-form content, or anything else—there have to be thought leaders.

You can ghost produce, but their time has to be a priority for you.

Search Intent Is a Must

One of the first things you learn how to do in the PESO Model Certification is how to attach your owned and earned media efforts to search engine optimization.

If no one is searching for your topic—or you can’t compete for the topic—you’ll be wasting your time.

Back when I started blogging, I had zero idea about SEO and how it connects to content.

If you understand how to use priority keywords or phrases, anchor text, and linkbacks, your efforts will be far more successful far more quickly than most.

On top of understanding search intent, pay attention to the conversations happening on social media.

Just like I created an entire article from some news about Trump blogging and a DM from my brother, what people discuss on social media will give you fodder.

You can use your social media listening tool, of course, or you can do like I do and just do a hashtag search to see what’s the topic du jour and if it resonates.

I have a really good friend who always says that comments are currency.

That has always been my philosophy, as well.

If you’re going to spend your time commenting, engaging, or participating in conversations, the least I can do is reply back.

I get made fun of this for it, but I really believe it’s what builds community, trust, and engagement.

One of the key failings of Trump’s blogging effort was the lack of audience interaction.

Your owned media program will also falter if you don’t allow comments and use your blog as a one-way megaphone.

Social Media Is Not Owned Media

I’d like to say Trump’s biggest misstep was that he expected the same footprint he had on Twitter, but I’d say that’s just one of his missteps.

A blog is not social media, and you have far more control over how your story is told and how it’s distributed.

Because owned media is only one-fourth of a PESO Model program, it should be used in addition to social media.

Use it for distribution and promotion—community building and engagement.

It does take time—longer than a month, but also not the three years it took us.

I like to look at owned media, and blogging in particular, as a Century ride—100 miles on your bike.

You can’t just go out and ride 100 miles at one time without preparing for it.

Blogging is the same.

If you are impatient or expect your site to jump to the first page of Google results overnight, blogging is not where you should spend your time.

But if you’re consistent, understand search intent and trends, are willing to take a stand, and have access to subject matter experts, you’ll have success.

And then you, too, can say you’re a more successful blogger than Trump.

Hang Out With Us…and Hire My Brother!

The younger brother I mentioned at the start of this article? He’s a newly minted graduate from the University of Oregon with a degree in public relations.

He’s currently weighing his career opportunities so if you have a need for a smart, digital-savvy young professional who shares my genes, let me know!

You can find me in the Spin Sucks Community.

And it’s not just for hiring my brother.

It free, it’s fun, it’s smart…and you might just learn a thing or two from your peers.