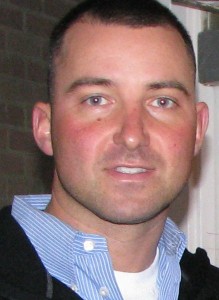 It has been said the sales function is about as far away as can be from public relations on the business spectrum.

PR pros should not develop campaigns to drive sales. They should not use calls-to-action. Campaigns should not be measured by leads.

Most importantly, PR should not be measured by sales. That’s marketing.

PR is better served by measuring awareness. In fact, “an ideal objective specifies desired outcomes within target publics, such as increased knowledge and/or awareness, or changed opinions, attitudes, and behavior.”

Believe it or not, there are those who call themselves PR pros in these modern times, who espouse such nonsense. The irony is that PR may succeed in building awareness, and the business can still fall short – the same way a company can book sales one month and go bankrupt the next for lack of cash flow.

The net effect of this misguided view rests in overhead, excessive cost and worse, lost opportunity. It’s silo-ed thinking. Marketing stays on their side of the room, PR stays in their corner – nobody crosses the line. Nobody.

This philosophy may have worked in the past; PR fielded media calls, stamped out news releases, and maybe wrote a speech or two. Marketing worked on slogans, direct mail, and advertising campaigns. Sure, integration between the two disciplines could have improved results, but campaigns surely didn’t fail for lack of streamline; they had different goals.

Then something changed: The world went digital, which meant new rules for marketing and PR. Word spreads faster, communications became social, and trust agents became a key to influence. Content was – and is – like currency, bartered for attention on the world’s largest exchange, which, in turn, is becoming more and more segmented.

These dynamics are forcing a tighter link between PR and marketing, and though I’ve argued that generally, marketing looks more like PR, the reality is, it doesn’t matter who made who. What matters are results. It’s giving rise to the notion of, as Deirdre Breakenridge puts it, the hybrid professional.

If traditionalists worry about shattered boundaries, then the hybrid professional is a frightening prospect.

This is because the hybrid professional is more than just the blending of the two fields. It’s the confluence of those AND customer service AND sales.

For example, tell me which function is being performed in the following:

The question is rhetorical, because it’s integration, by force, design, or accident.  Sales people are doing PR; PR people are doing sales; customer service is doing marketing. The companies that develop well-rounded employees focused on the single goal of sales as the benchmark will be best poised to succeed.

So if traditional PR wants to build awareness, have at it. It might have missed Plurk, Friendster, and Friendfeed, but there’s still time to collect impressions in the form of Retweets, Likes and +1’s. After all, if the tribes click “like,” opinions have been swayed in a measurable way.

But maybe not for long. The PR industry would be far better served by getting comfortable with sales if we still want to be in business.

Frank Strong is the director of public relations for Vocus. A long time Guardsman, he is currently on a leave of absence while deployed to the Middle East. He still posts occasionally on his personal blog The Sword and the Script.