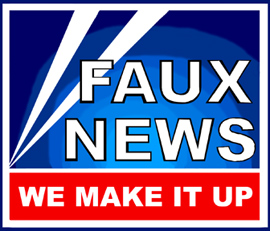 Oh this is good! You’re going to love this one.

A nice little PR train wreck on the Tuesday of your short week.

You may have read a couple of months ago about the Coghlan Consulting Group and their practice of setting up fake news sites on behalf of its clients.

Yes, they created fake news sites in order to make it look like their clients were getting loads of coverage.

They made the sites look so real, in fact, that Google News was indexing them.

The  first time it was for the Central Basin Municipal Water District of California, who has since ordered Coghlan to remove stories from News Hawks Review…the fake site.

According to the LA Times:

News Hawks’ coverage of Central Basin began after the district hired public relations consultant Ed Coghlan last year. Under the deal, the district agreed to pay Coghlan’s firm (upwards of $170,000) in exchange for services that included producing positive stories and placing them as news articles on Google News.

Now the LA Times is reporting, in fact, that none of the “reporters” at News Hawks exist.

Take Mike Adams. There were more than 20 stories that had his byline on them. His bio stated he had a degree in construction services from Westminster College in Salt Lake City.

But there is no such program at the school.

Then there was the issue of his photo (since removed, but shown here), which was lifted from Flickr. Sources in Adams’ stories say they never met or talked to the man.

More from the L.A. Times:

The site also claimed its award-winning general assignment reporter, Hannah Grimm, was a graduate of the Columbia School of Journalism. But Bill Santin, of Columbia’s Registrar’s Office, said no person of that name has graduated from the school in the last 100 years.

Adams’ stories are now credited to “publisher” and, upon further investigation, it was discovered Tony Marino is the publisher. Marino defended News Hawks when this all broke a couple of months ago, but now he has no comment.

Could he be fake, too?