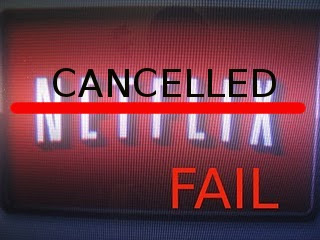 I think we can all agree the way Netflix handled the communication of their price increase was a PR disaster.

But before we get to the communication lessons, let’s get this out of the way.

It sucks they had to increase their price. This economy sucks and, in the U.S., it could very well get even worse.

But you know what? We all have to increase our prices.

As Jay Dolan so aptly points out, $16 for DVDs and unlimited streaming is still A LOT cheaper than cable. In fact, if you order three movies on OnDemand, through your cable service, you have just spent as much as your monthly Netflix charge.

Now that we have that out of the way, I hope we can all agree this blog post is NOT about the price increase.

It is about the way they could have handled this so much differently, still had the price increase, and not taken a beating on the web.

One would think they’d have learned their lesson when they planted actors in Canada during their launch…and got caught. But it seems they’re too arrogant to figure out how this whole social thing works.

You see, they have 93,000 Twitter followers, nearly two million Facebook fans, and 118,000 blog readers. The size of that community makes me envious.

But they have not, not once, asked anyone what they think.

The thing about handling it this way is you are asking the questions in a very strategic manner (because you already know what needs to happen), but you’re involving the gigantic community in the decision.

At first, Netflix said it’s going to increase the price and you have to pay $16 for both. Then, after being under fire for a week, they announced two prices for separating them.

They could have avoided that second “announcement” altogether.

How would you have advised them to announce the price increase?

Want to learn how to use your blog to drive serious leads? Marcus Sheridan is joining this week’s webinar to give you the tools to do exactly that. It’s $50 and should not be missed. So register here.
Tweet
Share
Share
Pin