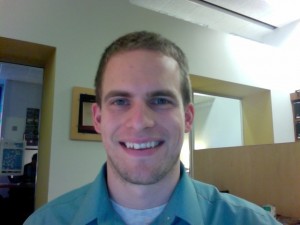 But where is all the good content? How do you define it? And most importantly, how do you ensure you’re not consuming content that turns out to be a total waste of your time?

Stories come and go. And they become the inspiration for other stories strewn about people’s social feeds and channels.

What separates you from the last guy who just shared a link is you’re not buying into it right away because you understand your other role aside from “content strategist” – the role of an analyst.

The role of an analyst is to understand the landscape and have a gauge on where things are going next. Analysts are thorough in their research and don’t make assumptions until they know all the perspectives, and in this case, all the conversations.

We need to take the same approach in digesting content. Why? Just look at how many pieces of content are pushed out daily, and the percentage of that content that isn’t original, rather regurgitated or aggregated from something someone else said.

However, there is this “first-there” fight on the social web and it’s the biggest offender of content that is wasteful. A lot of what we read by our friends, followers – and post ourselves – is posted prematurely.

We don’t look very smart when we recommend something to a client based on a post or an article we read, which, in a month, becomes obsolete.

Case in point: The launch of question-answer platform Quora, whose plateau rate turned out to be not that far behind Google Buzz. Yet we saw countless articles about how this platform could be a break-through, innovative platform for market research and would alleviate costs for on-site focus groups.

In traditional print, how about that AT&T and T-Mobile merger that doesn’t seem to be panning out? Yet, it was the hot topic for many investor publications, and earlier, top-tier dailies such as The New York Times. While this story did involve many an analyst’s perspective, it’s a great example of how we easily get carried away by news and how that news becomes a conversation that trends, plateaus, and then dies.

Given our current consumption habits, the social web seems to be missing the analytical component and it needs to be added to the conversation. Desperately.

Digesting content shouldn’t be about the next best thing or being first in the conversation limelight on Twitter. It’s about taking a step back and going with your prognosticating gut to avoid the reality of time you can’t get back. Sure, this may require some initial research on your part, but I guarantee you that by doing so, you’ll be much more ahead than others.

To be good at social media, that doesn’t mean you have to comment/like/share what everyone’s talking about. It means you’re there and listening, and in some cases, taking a critical eye – and ear – to shared content.

Tim Otis is supervisor of social media and PR for Gabriel deGrood Bendt, a full-service marketing agency based in Minneapolis. Alongside a tenacious team of always-thinkers, Otis manages all social and traditional communications initiatives for a variety of CPG brands. In his spare time, he is a musician and foodie and advocate for time well spent in social networks.