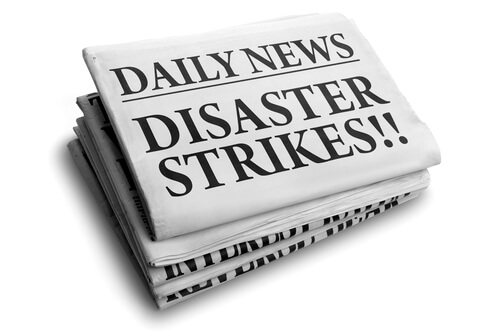 What a whirlwind last week was at Social Media Marketing World!

As part of a beta test, I worked with Phil Mershon and Michael Stelzner to schedule meetings with organizations that need help with crisis communications and those went really well!

We talked about everything from negative reviews and snarky emails to tax evasion and Hurricane Katrina.

Some of what we discussed could have been completely avoided while others were a major slap in the face of the unprepared.

The one thing everyone had in common, though? During the crisis communications, they got defensive and flustered instead of remaining cool and collected.

Which comes down to one thing: Preparation.

If you are not prepared to handle a negative tweet, a rogue employee, a natural disaster, or even gun terror, you will not handle it well.

So the first thing we did is talk through the difference between an issue and a crisis.

Most of us face issues every day…they are things that can be avoided and can be managed fairly efficiently and easily.

When they escalate into crises, though, is when we let the events get the better of us.

Then I walked them through a six-step crisis communications process to prepare for every situation:

Your spreadsheet can be as simple as the example. It will by fluid and you will add to it constantly. But this will help you be prepared and keep a calm and collected head.

There is a lot more to crisis communications planning, of course, but following these steps will give you a really good start.

I know what you’re thinking, “I don’t have time to do this right now, but I’ll get to it soon.”

Don’t get to it soon. Having even a simple spreadsheet like the one above will force you to think about how to handle yourself when something goes wrong.

If you wait, you’ll be in the middle of it and curse yourself because you’re about to lose your head (and then you can hear me saying, “I told you so!” in the back of your brain).

Thinking through a crisis communications plan like this is like having really good insurance: The moment you let it lapse, Murphy and his Law take effect.